How To Fail Without Failing 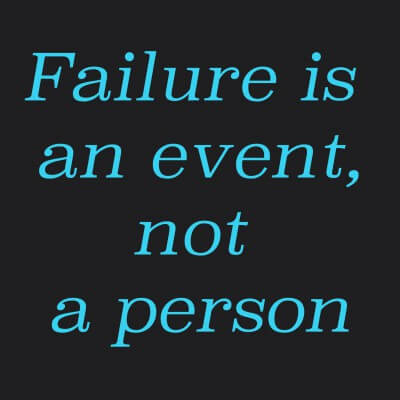 Even if you’ve never heard the name Daniel Kahneman, you’ve probably heard of one of his principles — the pre-mortem exercise to determine failure before it happens. This procedure allows you to work around the variables that lead to failure, and to figure everything out before you’ve invested too much of your time and resources. You can essentially fail without failing, in other words. Kahneman is an Israeli-American psychologist, and his work has earned him half of a Nobel Memorial Prize. It also earns him our gratitude. Here’s how the pre-mortem works.

Step One: Start With A Project.

No matter how simple or complex your problem is, this process will help get you more familiar with it and closer to a viable solution. For our purposes, we’ll keep it simple. The project is that you have a professional teaching licensure exam like the PRAXIS that you have to pass. Done.

Step Two: Get To A Distraction Free Work Zone, Close Your Eyes, And Sit Down.

You’re going to need intense focus for this next step because you don’t want to be thinking about anything but the project. Curb all distractions and be in an environment where you feel your most productive. Sitting in an upright position will help your mind focus better.

NOTE: Before moving on to the core part of the pre-mortem, it’s also worth mentioning that you should have a sheet of paper, something to write with, and a stop-watch handy. You’re going to need them after the next step.

Obviously, if you’re taking the PRAXIS exam — either general or one in your subject area of expertise — you’ll want to pass it. But not for the next two minutes. That’s the length of time that Kahneman advises you to fail and fail really hard. Start with this simple question: What are the worst things that can happen?

The first “worst” that will likely come to mind is failing the exam. Definitely not a desired outcome. But what happens after you fail? You take it again. What if you fail again? Wow, that would be even worse than failing the first time. How about a third time? Ouch, another fail! Boy, this is getting bad. What if you’ve failed so much that you can never be a teacher? Then, you’ll have to enter the management program at a fast food restaurant or work retail. But by now those college bills are coming in, and you’re going to need the money to pay them. Money your job doesn’t provide. So that means you’ll need to get two jobs, and still it’s tough! From there, you develop health problems from eating too quickly and unhealthily. Before you know it, you have a heart attack, and you’re dead.

As you can see, we took some pretty broad leaps, going from the failure of a test to fatal heart attack in a few steps. Ridiculous, huh? You’re not going to have a heart attack just because you failed a test. But you may find it difficult to get in to your chosen profession. So how do you prevent that? Simple. By not failing the test so many times they quit letting you take it. How does that happen? By passing it the first time. How do you pass it the first time? By studying. How is studying supposed to help? By familiarizing you with the areas where you’re at your weakest. How do you know where you’re at your weakest? Well, what do you find the most difficult or challenging about the information?

This could go on and on, but we’re hoping you see the point. By failing hard, you essentially unpack all the ways that the project you’re working on can go wrong. Once unpacked, you have a clear plan of action for what to attack or improve upon.

This is simply an extension of step three, but it deserves its own point, and we’ll tell you why. By meditating on the problem and storming through all the ways it can fail, you’ll manage to get the legitimate areas of concern out of the way along with the nonsense. With the thoughts now conjured, your brain will be able to tell your hand what to write so that you eliminate all the ridiculous outcomes and hone in on the ones that could really happen. This makes your plan of action more tangible, more real.

Give yourself about two minutes to accomplish this task. Set the timer. Start it. And then start writing — the whole time, without let-up — until the buzzer goes off. When it does, drop your pen and go over what you’ve just written.

At this point, you can do one of two things: you can take what you’ve learned and find the workarounds, or you can give up. Contrary to popular belief — at least in the United States — there is nothing wrong with giving up if failure is inevitable. Thankfully, this process can help you diagnose failure before it actually happens. In the above example, that would mean seeing that you really don’t like the things you’d have to do in order to be a teacher and abandoning the test for a more worthwhile professional endeavor.

The other option, of course, is to know all the ways that your upcoming PRAXIS exam could go wrong and tackle those areas in your study and preparation.

Either of these two choices require a plan. If giving up, you need to make the decision, find an alternative, and alert anyone whom your decision could affect. If plowing forward, a list of diagnoses and their antidotes is essential.

When you walk through the entire process, you come to a point of clarity on what you must do — either to solve the problem or abandon it. No matter what you decide, you’ve successfully set yourself up to succeed by failing without actually failing. There’s a reason they gave Kahneman a Nobel. Heed the advice, and your next tough decision may not be that tough after all.