Sex Ed in Schools: The Arguments For And Against 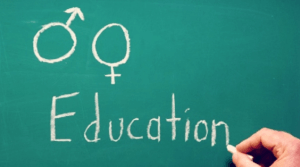 Sex education, or “sex ed,” has always been a hot-button issue among conservative parents, but a recent post on the Good Men Project challenges all parents to start “demanding” better sex-ed classes in schools and gives 8 reasons why it should happen. Those reasons include reducing the rate of teen pregnancy, delaying the age of first sex, and providing the right amount of facts and support to kids who choose to become sexually active (most).

Some other reasons that the article pointed out —words of the GMP to follow:

The full text of the article can be found at this link, and it’s well worth the read as the writer makes some good points that are hard to refute. However, the alternative side to this — and one worth considering in a topic with as many significant repercussions — are the reasons why you SHOULDN’T demand greater amounts of sexual education. Before getting into these, let it be known that these are not points of agreement or disagreement for us, just a counterpoint for why many parents are so unwilling to relinquish this aspect of parenting.

Firstly, it makes it easier to skirt responsibility.

The Good Men Project article is right in one regard. Parents are pretty bad at teaching their kids about sex-ed, but that doesn’t mean they lack the tools to do it. Giving up this aspect of parenting makes it easier for mom and dad to skirt responsibilities they really shouldn’t be skirting as parents. Children who can have “the talk” with their parents tend to feel closer to their parents and they have a greater desire to respect that relationship through their actions. By turning the responsibility over to schools, parents are effectively creating an unneeded barrier between themselves and their children, and that makes it that much more difficult to parent in other areas.

Secondly, sex-ed could give the state more control than they should have.

The Good Men Project does not fail to mention the values aspect of sexual education, but it does take a naive view of it. Teaching sex and teaching values regarding sex are difficult to separate. Part of the reason we don’t have comprehensive sexual education in all 50 states is that states do a rather poor job of teaching “just the facts”; they have a tendency to incorporate their own set of values into the discussion, and that can attempt to override what the parent teaches at home. In America, it is a parent’s right to raise their child as they see fit, provided that it is within reason. But when it comes to sex, no one can clearly identify “reason.” It shouldn’t be the job of a publicly funded institution to tell kids what they are to believe.

There is already a sense throughout the U.S. that teachers have too much responsibility. Politicians seldom hold parents accountable for their child’s education. They have given Mom and Dad far too many benefits of the doubt, and that has created a situation where teachers aren’t simply expected to teach; they’re also expected to be disciplinarians and parents in spite of the fact that many don’t have parenting experience. By putting the sexual education of a child on the teacher’s back, the government creates just one more unrealistic expectation for the job. Worse, it entitles politicians and regulators to feel like they can dump whatever they wish on faculty without oversight.

Finally, teaching sex-ed to a child at home is not as hard as a parent might think.

A more fitting workaround if one insists on regulating sex-ed in schools would be to provide parents with the materials for teaching sexual education to their kids and keeping teachers out of it. Chances are, parents already have the knowledge they need anyhow to have a fact-based discussion about sexual activity. After all, they have been through pregnancy and childbirth, and they are able to reflect on the decisions they have made — what they did right and what they could have/should have done differently.

While there is certainly a need for greater sexual education in the United States, it’s also important to note the statistics. The teen pregnancy rate has already been dropping for quite some time (the early ‘90s to be exact), and it recently hit an all-time low. Is the need for proper sex-ed really imperative in light of such numbers? There is a sense that things are not really broken, so why “fix” them?

But what do you think about mandating sex-ed in schools? Do you think it’s something that parents should support, or do you think that it’s high time parents were asked to have responsible discussions with their children regarding this phase of life? Sound off in the comments section below.