17 Quotes About Questioning Every Student Should Know 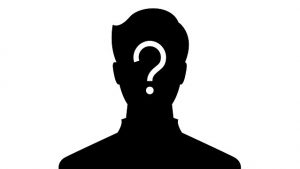 Questioning things will take you further in life than being a know-it-all. You learn stuff, and you’re easier to be around. But don’t take our word for it. We’ve compiled a list of the 17 quotes every good student questioner should know, along with some thoughts on why. Let’s wait no further!

Why You Should Know It: When working hard for a grade, as the modern education system often pressures you to do, it’s easy to lose sight of the real reason you go to school — learning!

While it may feel good to receive full credit on all your homework, what good does it do if you’re not learning anything in the process? Sure, you’ll have a good homework grade, but when it comes time for a heavier-weighted assessment, you’ll need to actually know stuff. You don’t get there without asking questions.

Questions help you understand the concepts necessary to master a subject, and life.

Why You Should Know It: Putting up a false front of knowledge will only work for so long. As you move further into your school life, you’ll be forced to demonstrate whatever knowledge the teacher assumes that you have.

By asking questions as you go along and addressing trouble areas at the point of impact, you won’t fall behind. You’ll also set yourself apart from other classmates, who care more about being embarrassed than being successful.

3. The important thing is not to stop questioning. – Albert Einstein

Why You Should Know It: Nothing too remarkable about this quote until you hear who it comes from. Einstein gave us e=mc squared. He’s one of the smartest people who ever lived, yet he had lots of questions.

Frankly, that’s what made him one of the smartest people to ever live. If you want to follow the same path in whatever field you’re in, you’ll take his advice.

4. Ask questions to find out about the world itself, not to find out whether or not someone knows it. – John Holt

Why You Should Know It: How many times have you or one of your classmates started a sentence with, “Does anyone know the answer to…?” or “What did you get on No. 4…?” There are many reasons to compare notes, but when this question is asked under the guise of, “I can’t figure it out, please help!,” it won’t do the asker any good whether he gets the right answer or not.

Why You Should Know It: When you question, you find revelation. When you learn something you didn’t know before, it makes you wonder about other related things you might not know. When you keep scaling down that rabbit hole, you go from novice to expert.

6. By doubting we are led to question; by questioning, we arrive at the truth. – Peter Abelard

Why You Should Know It: We should say that doubting doesn’t necessarily mean disbelieving or disproving. Your doubts can just as easily lead you to affirm something you thought may not be true. But by putting it through the fires of doubt, the understanding that comes out the other side is your own and not just what you were told.

7. For true success, ask yourself these four questions: why? Why not? Why not me? Why not now? – James Allen

Why You Should Know It: It’s always good to look at both sides of an issue or exploit both sides of a problem. But if you want to be a solution-focused person, you’ve got to start involving yourself in the dilemma. How can you be a problem solver if you’re waiting for someone else to take charge?

It’s this attitude that has led to some of the most life-altering inventions of the late 20th and early 21st Centuries, but it’s also been present since long before the advent of the telephone.

Why You Should Know It: The reality that we live in today is very different from the one we understood thousands of years ago. If we had never learned to question, we would have simply been content to accept.

Acceptance generally doesn’t lead to innovation. Thanks to our willingness to read, to learn, and to question everything, we’ve accomplished some pretty significant gains physically, mentally, spiritually, and intellectually.

9. Successful people ask better questions, and as a result, they get better answers. – Tony Robbins

Why You Should Know It: Don’t grab at the low-hanging fruit. Try to ask questions that no one has asked before, or at least the ones that none of your classmates are asking. By peeling back the layers through “better questions,” you’ll know more than anyone on any given topic.

10. Ask yourself the hard questions. Never stop asking. And allow your answers to change as you do. – Colin Wright

Why You Should Know It: So many of us are afraid of getting the answer wrong that we never begin to question. We don’t realize the fluid nature of a lot of things that we learn about.

There’s a reason they have you do experiments in science class. It’s because these experiments can lead to new discoveries or new understandings. Don’t allow getting the wrong answer to influence your decision to ask.

11. Questioning is the ability to organize our thinking around what we don’t know. – The Right Question Institute

Why You Should Know It: To drill to the heart of a topic and bring up the really good questions, you have to confront what it is that you don’t know about a topic. That can be scary to admit ignorance on something, but don’t let it derail you.

Everyone has gotten it wrong at some point in their lives. No one has ever lived that had all the right answers, unless you are of a certain religious persuasion, and even then, that’s just one person out of billions.

Get comfortable with what you don’t know so you can come to understand and ask the right questions.

Why You Should Know It:

We can pretty much guarantee you that no one was thinking about an iPod in the days of tapes and CDs. The idea you could carry a whole collection of music on a tiny device that fits inside your pocket? It was insanity.

In other words, there is value in correctly answering all questions asked of you. But there is more value when you can scrutinize common knowledge and find new approaches that perhaps no one ever thought of before.

That’s what separates common people from those who accomplish great things, so don’t feel shy about taking a chance and questioning something thought to be common knowledge.

13. Questioning authority is, I think, a great thing to instill in children. I just didn’t have enough of that when I was little. – Amy Chua

Why You Should Know It: Too often children are taught that questioning adults is disrespectful. It’s a common part of mental development! While children should respect the wisdom of their elders, they should not be stifled from bringing up questions. Of course, attitude is important to do this effectively, but that’s true no matter what stage of life you’re in.

Do try to remember, though. Adults aren’t always right, but they often are. You don’t have all the answers just because you have knowledge or a voice. Life experience and the ability to listen to others intently counts for much.

14. The creative individual has the capacity to free himself from the web of social pressures in which the rest of us are caught. He is capable of questioning the assumptions that the rest of us accept. – John W. Gardner

Why You Should Know It: Creativity is an important part of your education, whether you work in an artistic field or one that relies on logic, math, and science. Only by being creative can we find new and better solutions to new and existing problems. It turns out that creativity is born in the ability to question things and to not always accept what we’re told, case-closed.

The two most powerful words you can learn in this regard are, “What if?” Sometimes you’ll come to the same conclusion as what is accepted. Others, you’ll discover a new approach. In either case, questioning is beneficial.

15. The greatest gift is not being afraid to question. – Ruby Dee

Why You Should Know It: Unfortunately, some societies still make their people live in fear of this ability. We’re not there yet in the United States, though we could be heading that direction by targeting people’s livelihoods just because they say something we disagree with. Remember, if you can do it to them, someone else can come along and do it to you. Value free speech. It’s not something you can afford to take for granted.

16. If it’s worth listening to, it’s worth questioning until you understand it. – Seth Godin

Why You Should Know It: At the core of every question or worthwhile endeavor, you should be working to achieve that one goal: understanding. Until you’re there, you’re not ready to stop asking.

17. There is frequently more to be learned from the unexpected questions of a child than the discourses of man. – John Locke

Why You Should Know It: In other words, going back to the basics with a fresh set of eyes is one of the best ways to forge ahead, even if you think you know all there is to know about something. Don’t miss that opportunity. Listen to what others have to say as well … their opinions, the questions they’re asking … it will enrich your understanding.

Questioning has very little downside. If it’s done in the right spirit, most people appreciate it. And if you feel dumb posing questions, just remember that other people in your class probably have a lot of the same questions. You’re doing them a service when you speak up.

Now it’s your turn, readers. What do you find the most difficult about asking questions, or what are some techniques you’ve used to make the process easier on yourself? Sound off in the comments section below.