13 Optimism Quotes to Get You Through Semester’s End 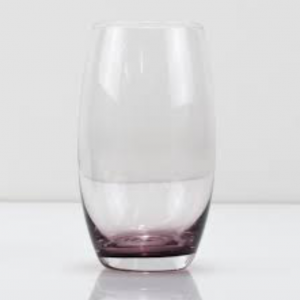 Ever feel optimism is harder to come by these days? If so, you’re not alone. Most Americans have felt less enthusiastic about what the future holds for them than in years past.

Perhaps it’s because we’re more divided than we’ve ever been during any time since the Civil War. That can make life in general feel like a bit of a wet blanket, but it’s important not to lose hope.

After all, people who’ve endured far worse have come through the fires to make the most out of their lives. It just takes the right attitude. In the following article, we’ll examine 13 of our favorite quotes based on positivity and optimism.

We’ll also explain the meaning behind it and why each one is important to us. Let’s begin!

Considering the groundbreaking accomplishments of retired Gen. Colin Powell, this is one worth listening to. By “perpetual optimism,” Powell means that you are able to maintain your positive outlook regardless of what happens. When you do that, it becomes a “force multiplier.” In other words, it helps you to build and sustain momentum to accomplish bigger and better things.

2. Optimism is the madness of insisting that all is well when we are miserable. — Voltaire

Okay, so this one isn’t quite as positive and life-affirming, but it’s Voltaire, what do you expect! Understand that Voltaire was a critic of Protestantism and Catholicism — two undyingly optimistic religions in which it’s believed that when you die, you live in the Heavenly realms for all eternity. This was an easy way to get people talking. Even so, his remark highlights much of what is required of the “perpetual optimism” that Powell talks about.

Life isn’t always going to be going your way. You have to find ways of staying optimistic throughout it. Therefore, it’s important to consider perspectives like the one Voltaire delivers here.

3. One of the things I learned the hard way was that it doesn’t pay to get discouraged. Keeping busy and making optimism a way of life can restore your faith in yourself. — Lucille Ball

Lucille Ball of I Love Lucy fame didn’t have it as easy as you might think. Considering all the travails of getting to the top that women have to go through in the Harvey Weinstein age, she was able to do it when there was no oversight whatsoever, and it would eventually cost her her marriage to love-of-her-life Desi Arnaz, Jr. (Ricky Ricardo).

Yet through it all, she found a way to keep going and continue to churn out shows that America wanted to watch, even as her private life was dissolving around her in public. She was religious about being optimistic, and it shows in all of her work and in the latter stages of her life.

Another guy you may not want to be taking positivity advice from, but he has a point here. Even Wilde, writer of the notoriously pessimistic The Picture of Dorian Gray, knew that optimism had power, and that it could produce positive results for the individual in his/her life.

5. The essence of optimism is that it takes no account of the present, but it is a source of inspiration, of vitality and hope where others have resigned; it enables a man to hold his head high, to claim the future for himself and not to abandon it to his enemy. — Dietrich Bonhoeffer

“To claim the future for himself” — love that! Being optimistic is not about feeling great about the things that are currently happening to you. It’s the undying belief that something better is around the bend. It’s also the acknowledgment that you only have two real options in life: give up or fight onward.

6. Optimism – the doctrine or belief that everything is beautiful, including what is ugly. — Ambrose Bierce

Bierce may not have believed that it was possible to find the beauty in everything, but his addition to this list of optimism quotes certainly acknowledges the possibility of it. It also seems to realize that there is no beauty to be found in seeing the ugly in things. If you’re going to get anything out of life’s curveballs, you’ve got to mine for the positive.

7. I would absolutely recommend against excessive positivity and optimism. Any positive emotion that you’re infusing into a workplace needs to be grounded in reality. If it’s not realistic, sincere, meaningful, and individualized, it won’t do much good. — Tom Rath

Consultant and author Rath reminds us of what we often don’t want to hear — that there is a thin line between positivity and delusion. You can’t expect to become a world famous inventor if you never invent, or a bestselling author if you never write, or even a lottery winner if you never buy a ticket! (Note: it’s probably a good idea not to go for the lottery thing.)

You have to be aware of what you’re up against so you can find creative solutions and new roads to success for whenever the dead ends come. You don’t do that on blind belief or over-emotional feelings and responses.

8. Pessimism and optimism are slammed up against each other in my records, the tension between them is where it’s all at, it’s what lights the fire. — Bruce Springsteen

You don’t have to be a Bruce Springsteen fan to see the truth in this. Obviously the man’s music has touched a chord with millions of people across the world. The record sales speak for themselves.

And what you’ll find if you delve into each of Springsteen’s records is a tangled up ball of positive and negative yarn that it’s up to you to unravel. Even at his most depressing, Springsteen’s lyrics and the raw power of his voice feature an undying hope for renewal that is blazing to get out.

If you can take the bad with the good and continue to have your fire lit, then you’ve got a good chance of overcoming what it is in life that ails you.

9. You have a lot of optimism when you are young. — Alec Baldwin

Baldwin is right. It’s what happens to you from point A (young) to point B (older adult) that will test your mettle. Just remember that rough waters are inescapable in life. Be ready for them.

10. Once you replace negative thoughts with positive ones, you’ll start having positive results. — Willie Nelson

Willie Nelson’s long career as an actor, writer, and, most famously, country music legend is proof of a life well-lived. Nelson has seen many of his best friends die, yet he continues to tour and make music and even form new collaborations that show how powerful maintaining an optimistic spirit can be.

11. Yesterday is not ours to recover, but tomorrow is ours to win or lose. — Lyndon B. Johnson

You cannot do anything about what has past, only about what lies ahead. President Johnson probably would have agreed with comedian Bill Maher’s recent Real Time take that we have to stop nitpicking past pop culture because it wasn’t “enlightened” or “woke” enough to social issues.

To paraphrase Maher, nothing good can come from obsessing over things that were around before the current rules of play were established.

So stop worrying about tearing down the past. Start claiming the future. The two no longer have any real bearing on one another; at least they don’t for the optimistic.

Probably the plainest of our optimism quotes. Ziglar was a sales genius and a highly successful author. His words are worth listening to.

13. No matter what you’re going through, there’s a light at the end of the tunnel and it may seem hard to get to it but you can do it and just keep working towards it and you’ll find the positive side of things. — Demi Lovato

Yes! There always is a positive side of things. You just have to put one foot in front of the other and keep forward momentum until you get there.

So now that we’ve shared our favorite optimism quotes, it’s your turn! What are your favorites from this list, and what are some of the ones that keep you going through the semester that we should have included? Sound off in the comments section below!