The Hidden Dangers for Educated Women 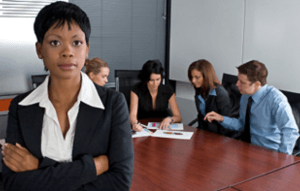 A new study published in the Harvard Business Review revealed an astonishing reality that many highly educated women in positions of power face. Apparently, the more advanced a woman’s education and professional position is, the less healthy she is likely to feel.

As Fortune points out, this sort of flies in the face of what we’ve always known about earning power and education. Most people considered “top earners” have a tendency to live longer, healthier lives, presumably because money relieves them of certain stresses prevalent to poorer people. That, and they would have better access to quality healthcare.

Even so, the study shows that women, who earn more than $1 million per year report more health concerns than women earning between $20,000 and $50,000 annually.

The study was conducted by Meghan FitzGerald, the EVP of strategy, M&A and health policy at Cardinal Health and a member of the World Economic Forum’s Global Agenda Council on Aging. Fortune shares more on the methods that were used.

“The results were mixed. On one hand, the higher a woman’s income or education level, the less likely she was to be overweight or drink to excess, and the more likely she was to get at least six hours of sleep a night.

“And yet, when asked about their sense of physical and mental health, that correlation changes. FitzGerald found that the more educated and wealthy the women, the more likely they were to say that they felt less healthy on a scale of 1 to 5, where 5 was most healthy and 1 the least healthy. For example, women making between $20,000 and $50,000 a year reported an average health score of 2.5. But for women who made more than $1 million a year, the typical score dropped to less than 2. Similarly, women with a high school diploma reported an average score over 2.5, while those with a doctorate reported about 2.

“According to additional data FitzGerald provided to Fortune that did not explicitly appear in the paper, education was a strong predictor of how many days in the previous month women felt that their physical or mental health was not good. High school graduates reported less than 2 days of bad physical health and just over 2 days of bad mental health. For those with doctorates, the numbers were about 3 and more than 6, respectively.”

It is unclear what the causes of these feelings of poorer health might be, though it’s likely that women are often in the unique situation of balancing their work responsibilities with societal expectations, workplace biases, and a heavier amount of responsibilities when it comes to caring for their family and engaging in the day-to-day running of the household.

Regardless of whether you are a man or a woman, there are lessons to be learned from this as you advance in your education and, later, your profession and family life.

1. Find Time for You

The higher up the education and power ladder that you move, more demands will be placed upon you. That’s a fact of life. But it doesn’t mean you have to let it consume and take over who you are. You need to prioritize time for yourself just like you would study time for that major exam or prep time for that career-making presentation.

Find a hobby that interests you. Take some time to decompress with a good book or a binge-watching session of your favorite television show. Don’t be all work, all the time.

Seriously, what good is it to be successful if you are limiting your days on the earth. Numerous studies have shown that stress and long periods of sitting — two things that often go hand-in-hand with achieving success in work — can lead to numerous health problems like heart disease, diabetes, and cancer.

Don’t just find the time to exercise. Make it a non-negotiable part of your daily routine. You don’t have to press yourself to the max either. The simple act of walking can greatly reduce the chances of any of the aforementioned diseases affecting your life. Try to start where you are and log the amount of activity that you are taking part in each day. Wear a pedometer to help with this, and then, simply try to do a little better than you did the day before.

Don’t set your goals too high at first, or else you run the risk of getting discouraged and stopping altogether.

Most people have a support unit that consists of a sibling or a parent or a spouse or other loved one. If you are feeling overwhelmed by things outside of your work or school scope, don’t be afraid to lean on these people for support.

Women, in particular, should not feel this pressure that they have to do it all. As you get older and think about starting a family, find someone who will be your partner in the day-to-day household responsibilities. If you’re not that far along yet, ask a parent or guardian or adult in your life who cares about you.

On your way to the top, it’s only too easy to forget taking care of yourself. If you feel the stresses of college or work are starting to get the better of you, the most important thing you can do is slow down and remind yourself of the three lessons above. The science shows that work can bring with it its own set of physical and mental challenges. In order to meet each one, you have to make yourself a priority. Have you ever felt like your school or work obligations are taking a toll on your mental and physical health? What are some steps that you took to deal with it?