Does Nicole Helget Have a Point About Changes Needed in Schools, or Is She Just Whining? 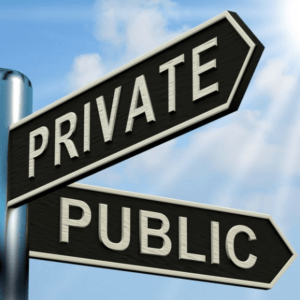 Nicole Helget is a former educator at MnSCU and a current MPA candidate, and she has a lot of thoughts on the problem with education at the K-12 level. The “leadership crisis” begins and ends with “authoritarian” administrations and their over-reliance on “business-model reforms.”

Helget blames them for being quick to scream “budget catastrophe” while “blowing up administrative and consulting expenditures,” then shouting “‘failing schools’ while implementing the very tactics that create failures.”

She adds: “Moves toward privatization in public schools always create fewer winners and more losers. That is the nature of capitalism. Suggesting that market-based reforms will do otherwise is insincere.”

While there is something to be said for Helget’s comments, some feel she paints with too broad of a brush when it comes to moving more toward privatization. One charter school concept in Fort Smith, Arkansas, identified as Future School of Fort Smith, has the traditional public education system on edge for a number of reasons, namely the fact that it may chip away at traditional funding and (in an unspoken sense) that it may prove more effective than what current public education institutions are currently capable of.

Elliot Washor, a co-founder of Big Picture Learning, the organization that Fort Smith’s planned school is using as its model, said that “14 years removed from their first graduating class, 70% of Big Picture students had jobs or internships in their fields of interest,” Talk Business & Politics reports.

“He called it ‘social capital,’ or ‘building relationships to get to the places you want to go in life,’” the site notes.

Nevertheless, for Nicole Helget, letting the outside business community have a more involved role in education doesn’t seem to be the answer, stating that without “significant and meaningful changes in the way we run our schools and in the way we select our leaders, blights such as achievements gaps, opportunity disparities, and institutionalized racism and sexism will get worse, not better.”

She continued: “These kinds of administrations undermine public schools, move toward privatizing curriculum and schools, scapegoat teachers, and dilute creative and critical courses. These styles of administration also hide behind women and people of color while implementing education reform that ultimately hurts women and people of color. Putting a woman or a person of color in a position of power should be an opportunity to explore a new leadership style, one that may be more lateral or communicative or democratic or inclusive or collaborative. But, in education reform, it too often means that that person is being used as a puppet operated by a puppeteer who’s hiding up in the rafters. This is a symptom of institutionalized racism and sexism.

Unfortunately, Helget’s diatribe against the current system is big on assertions but small on facts. She does not cite any studies or examples to back up her opinions, prompting some to call her rant more of a whine than anything constructive. You can read the entire thing at this link from MinnPost.

One commenter took issue with what Nicole Helget wrote regarding principals — that they are “pawns” in an administration that is out of touch with efficacy in education — stating, “Many Principals have been excellent teachers who have moved into leadership roles because they felt that they could accomplish more for students and fellow teachers in that position.”

Truthfully, there are still many good administrators out there who realize the value in balancing the educational need with the achievement need. Tensions are often high between the classroom and the boardroom because the boardroom expects results from its talent.

To this point, Helget attests that the goal in education “includes preparing people who can work, of course, but our goal in education is to prepare people to adapt to all the changing aspects of our world and to help build the next economy, not become slaves to the current one.”

Unfortunately, that is tough to do without any real experience of how economics works and where the global economy is headed. Many teachers are already on the outside looking in when it comes to the business world and to discount the private sector’s say in building the economy of tomorrow is more than a little unrealistic.

For educators of today to be effective in building the workforce of tomorrow, they have to begin pollinating their own understanding of the world with the way things are. Only by starting from a point of reality will meaningful changes be reached.

[Image via Capital and Main]