University Rankings: What It’s Like to Attend America’s Most Prestigious Schools 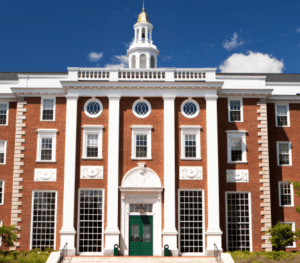 University rankings are more important today than ever before. In a world where tuition is skyrocketing and jobs are hard to come by, students need to make sure they’ve given themselves the best chance at success.

But when it comes to which university rankings you should be paying attention to, the decision can be a little tricky. A recent World Economic Forum post describes this trickiness in detail.

“Most well-known rankings tend to equate institutional quality with research productivity, which is measured either by the number and impact of their publications in peer-reviewed journals, or the selectivity on their admission processes. Of course, such a proxy of quality downgrades institutions that place greater emphasis on teaching and prolongs the ‘publish or perish’ principle. In pursuing better position in the rankings, most probably internal and external funding may tend to favor academic programs or research units that are more inclined to get involved in the dynamics of researching and publishing. Finally, it diminishes the role of other important functions of tertiary education institutions such as teaching and public service.

“Another dimension of rankings intends to measure ‘reputation’ by gathering opinions (which are unfortunately not always competent and objective) from employers, field experts and/or alumni. Quite expectedly, people tend to favor certain institutions regardless of the quality of their academic programs just because the fame or recognition that precedes them. As such, other institutions and programs that may not have a famous name, but are providing meaningful contributions to the society by producing the graduates required for their local and regional economy, fall by the wayside.

“This also means that an institution which is not highly selective and tends to serve students with lower socio-economic-academic backgrounds, is most likely to be left out of the rankings even though the “value added” that it provides to its students may be proportionally higher than that of one of those highly selective institutions that have already had the chance to attract better-off students.”

Translation: you cannot afford to blindly follow university rankings if you don’t know the foundations for them.

Of course, one of the best ways that you can determine if a school is really worth your time and money is to talk to current and former students about their experiences. Fortunately, the Internet has made it possible to find out such information without having to step too far out of your comfort zone.

Here are some reflections from actual students — both current and former — of the top five universities in the country. If you’re wondering whether the college or university you’re considering is worth the effort, these commenters should be able to give you some idea. Let’s get started.

Former Stanford University student Mike Maples writes on Quora of his Stanford experience, stating that he attended the school with the hopes of becoming an engineer; however, in his own words, “it was obvious … soon after arrival that this place was different. If you had an idea for a startup company, there were professors who would encourage you to drop out and try it. You could always come back.”

He continued: “If you took a class on entrepreneurship, you would have guest lecturers like Scott McNealy, Nolan Bushnell, Adam Osbourne, Bill Campbell, Steve Jobs, Jim Clark … it was just unbelievable. And seeing people up close like this had a way of making the process of being a massively successful founder feel more real and attainable. If they could fish that rock of gold out of the river, heck … maybe others could too.”

In the end, Maples said that his experience with Stanford was more than that of attending a world-class academic institution.

“It also was a place where the default assumption was to be idealistic and willing to take risk,” he explained. “Rather than use intellectual horsepower to explain why something would not work, the bias was to say ‘what if it can work?’ Rather than a culture exclusively devoted to sheer academic rigor, there was a complementary culture that celebrated the importance of intelligent risk … it was a culture that changed my life.”

For more of Maples’ answer, check out this Quora thread.

Want to go to MIT? It would certainly add some legitimacy to your resume moving forward, but do heed the words of former attendee Joseph Wang, who wrote the following on Quora.

“One thing about MIT is that you have to be a masochist to survive,” Wang wrote. “It will work you harder and more intensely than you think possible. Right now, you are probably getting 90+ on your tests. It’s a typical for the median class score in a test to be 60+, and there is a good chance (in fact statistically a 50% chance) that you will be below median.”

To further illustrate how special MIT is compared to other schools, Wang said that the “most important thing” he got at MIT was an email account and the knowledge of how to program HTML and set up a web server. Doesn’t sound too impressive until he reveals that he attended between 1987 and 1991 when most of the rest of the world had no idea what any of that was.

“I think I was one of the first people in the world in August 1991 to set up a web server,” he explained. “I had to teach myself how all of this worked, because in August 1991, there were no books on HTML, because no one had heard of it.”

Wang continued: “OK, no point in going to MIT in 2013 to learn HTML programming. But I bet they’ll have something there that will be in everyone’s home’s in 2033. The other thing is that everything that people think is ‘normal’ was created at some point, and a lot of it happened at MIT.”

Wang also stated that it was not unusual to have professors, who were “incompetent” at teaching, but who were brilliant at research, placing even more pressure on you to be self-motivated if you plan on attending here.

For more MIT experiences, check out this link.

What can one expect from Yale University? For starters, they can expect to be in some pretty great company, as Quora commenter Kent Fung points out.

Fung continued: “A disproportionate number of intelligence professionals in the early days of the CIA and its predecessor, the OSS, have also come from Yale; Yalies dominate the leadership positions at the Company for much of its histiory. Yale alumni with intelligence backgrounds include James Jesus Angleton and former DCIA George H.W. Bush.”

Thus far, Yale has produced five U.S. Presidents. If Hillary Clinton were to win the Presidency in 2016, it would add a sixth as well as being the institution that produced the first female U.S. President.

Translation: going here could literally put you in the next seat to a future President, and it would be a great stepping stone for a high-profile job in government or the arts.

For more about what makes Yale special, click here.

An anonymous student posted to the College Confidential website that there are some common misconceptions about going to school at Harvard — four to be exact — and they point a pretty detailed picture of what you can expect going there.

First off, she states that going to Harvard is not “some instant ticket to success,” adding that the economy has not been kind to some graduates from the prestigious university.

Furthermore, there is a misconception that “Harvard students are in some ‘culture of wealth’ that makes it difficult for poor kids to fit in.”

“Harvard students are certainly more wealthy as a whole than a random polling sample of America, because wealth unfortunately seems to correlate with academic achievement in America, but wealth is not a subject of discussion by any means,” the commenter said, adding that one could go their whole freshman year “without finding out if your roommates were formerly homeless or the offspring of billionaires.”

A third misconception, the commenter said, is that professors at Harvard “are unapproachable and aloof.”

“There are big lecture classes,” she said. “However, big lecture classes also have weekly sections of [approximately] 12 people in which you can get a more personalized experience. All professors are required to hold weekly office hours and I’ve never met a professor hostile to meeting even the lowliest of new freshmen.”

The commenter continued: “I went on a Harvard-sponsored trip to a foreign country in March which was led by a professor. There were only 3 students on the trip (the rest were recent grads) so we got to know the professor really well. As it turns out, he’s a huge name in his field.”

Finally, there is a misconception, the commenter said, that “everyone here is a genius/extrovert/overly-ambitious/future billionaire/aloof nerd etc. The point is that there is no ‘Harvard student’ archetype. I don’t think there’s any one characteristic that ties them all together. Even ambition. I’ve met some pretty big slackers here who seem to not make good use of the opportunities around them.”

For more of the above student’s experience as well as those of other Harvard students, check out this link.

Voted the No. 5 school in America by NICHE, Rice University in Houston, Texas, has been called “magical” by at least one former student.

“When I arrived on campus as a freshman, I quickly realized that most of the other students had been attracted to Rice for the same reasons — it was elite but not elitist,” writes Bryan Guido Hassin. “My classmates were absolutely brilliant in all sorts of ways but everyone was modest, open, and friendly. My residential college quickly became my home away from home as we all worked hard and played hard together.”

Hassin continued: “As I labored through my classes, became involved in student government, started some clubs, and founded my first startup (and slept very little) over the course of my undergrad career, one thing that really stuck out to me was the Rice administration’s trust and empowerment of its students. We were really treated like adults. Our classes were taught by faculty, not grad students, we worked on research directly with those faculty, and even dined and socialized together through the residential colleges — some faculty even lived with us on campus (our College Masters, like a Hogwarts Head of House). Students were entrusted to enforce the honor code, which added integrity to our degrees, and numerous times major problems or policy decisions were left to student leadership to solve.”

For more of Hassin’s experience with Rice University as well as the experiences of former and current students, click here.

As you think about the university rankings and how they’re arrived at, don’t discount the human element. You can find out a lot of good (and bad) about a school by chatting with individuals, who’ve gone before you. Take advantage of that, and carefully weigh your decision. Best of luck!