Massachusetts Education Scores! But US Still Has A Way To Go 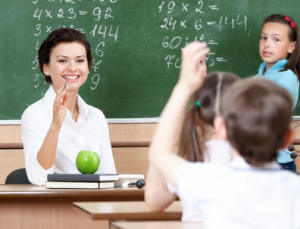 You can make fun of the accents all day long — though if you do, that makes you a jerk — but Massachusetts education has proven to be the smartest in the nation when you stack the United States up against other countries.

According to a new report from the Associated Press, 19 percent of Massachusetts eighth graders reached the advanced benchmark in mathematics and 24 percent reached it in science during the 2011 Trend in International Mathematics and Science Study (TIMSS).

While the state did lag behind students in other countries — Chinese Taipei, the Republic of Korea (both 50 percent), and Singapore (40 percent) — it fared better out of all 50 US states, the District of Columbia, and Department of Defense Schools. Other participants included 38 countries and nine other participating subnational education systems.

Not Every State Participated, But…

According to the AP, Massachusetts was one of nine states where students actually took the TIMSS tests. Students from the remaining 43 states didn’t participate, but scores were predicted “based on their performance on the National Assessment of Educational Progress tests,” the report noted.

“It’s been well-documented that the benchmarks we’ve set on our tests are higher than those in virtually every other state,” Chester said. “Our teachers are used to aiming at a high target.”

Massachusetts had close to 2,100 students from 56 public schools participate in the 2011 TIMSS tests.

Eighth graders from 36 states did score predicted averages that were above the math and science averages, but Massachusetts was the only state whose average score reached the high benchmark in math. Massachusetts also led in science, but was joined by Vermont.

Monty Neill, executive director of the Boston-based FairTest, commended Massachusetts test-takers and referred to the achievement as “not surprising,” adding that the state “often performs well in international education studies, in part because it has a high rate of educated parents and a fairly low percentage of kids in poverty,” in comments to the AP.

“The primary determinant of test scores seems largely to be poverty and issues such as racial segregation or English language learners,” Neill said. “Urban schools have higher teacher turnover; they don’t have the resources to overcome the consequences of poverty.”

What Can The Country Learn From These Results?

Firstly, Massachusetts education has set a good example for the rest of the country’s education system to follow. Particularly encouraging is the fact that students were allowed to compete against an international audience in the first place. Students need to know how they compare to their international brothers and sisters, because that’s exactly who they’ll be competing against in the world of today.

Secondly, while the arts and creativity are important factors in attaining a well-rounded education — and there is still plenty of room for it in today’s society — the best jobs are originating from STEM fields. The state’s decision to throw its kids into the mix with the international community on math and science shows that Massachusetts has a firm grasp on where education is headed. Unfortunately, only Mass and eight other states decided to actually take the test — progressive thinking on their part, but it highlights a deficiency throughout the rest of the country when it comes to getting and staying competitive with the world as it is today.

Thirdly, going back to what Mitchell Chester said, the state tends to do better in international studies than most other states because its standards are “higher than those in virtually every other state.” It’s like teachers are told during their training — you set high standards, and students will rise to meet those expectations. (And even if they don’t, they’ll come a heck of a lot closer to where they need to be than they would otherwise.) So what the heck is wrong with the rest of the country? It isn’t that kids are genetically programmed smarter in red states-versus-blue states. And while test scores may be generally better in blue states than they are in red, that doesn’t mean the US should start patting itself on the back, which brings us to the final takeaway:

Hitting the advanced benchmarks or not, Massachusetts, our best representative, still performed well under the advanced benchmarks in both categories. The inverse of those 19 percent and 24 percent accomplishments? Eighty one percent failed to reach advanced in math, and 76 percent came up short in science. Many of the other countries scored at or close to 50 percent.

Why Are We Playing Catch-Up?

There are many schools of thought, many opinions worth considering. However, two of the broadest camps look at it as a federal-versus-state comparison. States see feds as outsiders, sticking their noses where it doesn’t belong. They still remember No Child Left Behind (NCLB) and the chronic battery of standardized testing and unrealistic expectations that led to “teaching to the test.”

The pro-federal crowd, however, feels that placing too much power into the hands of states with no real supervision could be disastrous. The thought is that states are too far removed from the rest of the world to know where global education is heading. As a result, they need federal guidance to avoid setting standards too low and falling further and further behind.

The truth is probably in between. States work closely with their teachers and students to strive for quality education, but communication with other states — particularly what’s working and what isn’t — as well as other countries doesn’t happen very often. Federal guidelines can ensure a standard of education to make each state competitive with the rest of the world, but the country’s geographical and sociological diversity places the federal government in a poor position to determine much else. Currently, the two entities are more in opposition than unison, as evidenced with this recent outburst.

While it’s nice to reach state goals, the jobs marketplace is no longer confined to one’s immediate borders. It’s not even a national thing. More and more students find themselves graduating from college unprepared to get ahead in the global marketplace. The us-against-them mentality of states and the federal government continues to hold the country back. There isn’t a magic potion to achieving advanced benchmarks. If other countries are getting there, then so can we. But as long as the US continues running in place, we’ll continue to be well behind the rest of the pack.