NCTQ Study: Most New Teachers Aren’t Ready For The Classroom 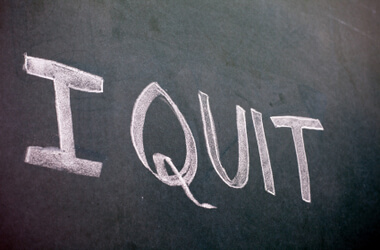 A new study released this month by the National Council on Teacher Quality (NCTQ) alleged that the nation’s teacher-preparation programs have plenty of room for improvement, NPR reports.

The study’s argument: that teaching colleges are too lenient in their admissions criteria and have failed to prepare their students to teach subjects like reading, math and science.

This study is NCTQ’s second in two years, and it revealed that just 17 percent of education school programs prepare students to teach reading using all five fundamental components of reading instruction. Close to 50 percent of the 907 elementary programs surveyed fail to ensure that candidates are STEM ready (science, technology, engineering and math).

NCTQ posits that these programs are both failing to train effective teachers, thus making it harder for themselves by admitting inferior applicants, NPR notes. Seventy-five percent of US schools that train teachers do not require teachers to be in the top half of the college-going population.

“The study is a dismal read, given that the US spends more than $6 billion each year to prepare teachers for the classroom,” NPR states.

Kate Walsh, the NCTQ’s president, said there is “a great hesitancy of public school educators to stand up to higher ed.”

“They’ve almost been bullied by them, and one of the things (NCTQ) is trying to work on with districts is to get them to be more assertive about their needs and to say, ‘I’m not going to hire from you until you teach effective ways of reading instruction.’”

The Best Schools: Not The Ones You’d Think

“Few of the country’s most prestigious programs make the cut. The report points out that sixty-eight of the top-ranked programs are at public schools that give students more opportunities to learn the tools of the trade without forcing them to take on thousands of dollars of debt,” NPR notes.

Many of the universities and colleges that have responded to NCTQ’s findings did so with skepticism and criticism, noting that the study didn’t look beyond the course catalog of the 836 involved schools to make their determinations. This is a fact that Walsh has owned up to, though she did not see how that was relevant in discrediting the study.

For our part, we think these schools may have a point.

The study is heavily laced with subjective criteria, and it once again seeks to shift blame for a faulty education system onto the backs of teachers and those who train them. In the real world, what generally happens is this: highly qualified teachers enter the profession and come out ready to make a difference.

But after getting introduced to the bureaucracy polluting the system, the unwillingness for politicians to hold parents accountable for the actions of their kids, and the lack of authority administrators allow in the teacher’s own classroom, they leave the profession for something more lucrative emotionally and financially.

In other words, there are plenty of great teachers that enter the profession, but few stick around. And there are facts to back that up, as stated here by Edutopia:

Every year, U.S. schools hire more than 200,000 new teachers for that first day of class. By the time summer rolls around, at least 22,000 have quit. Even those who make it beyond the trying first year aren’t likely to stay long: about 30 percent of new teachers flee the profession after just three years, and more than 45 percent leave after five (see charts, below).

What’s more, 37 percent of the education workforce is over fifty and considering retirement, according to the National Education Association. Suddenly, you’ve got a double whammy: tens of thousand of new teachers leaving the profession because they can’t take it anymore, and as many or more retiring.

Why Do Teachers Quit?

A recent piece on The Atlantic Online highlighted Richard Ingersoll, a former secondary school teacher of high-school social studies and algebra. Ingersoll taught for six years before leaving the profession and getting a Ph.D. in sociology. Now a professor in the University of Pennsylvania’s education school, he is fascinated by the area of teacher turnover and has a few theories as to why it may occur.

Teaching, Ingersoll says, “was originally built as this temporary line of work for women before they got their real job—which was raising families, or temporary for men until they moved out of the classroom and became administrators. That was sort of the historical set-up.”

Ingersoll said that between 40 and 50 percent of teachers will leave the classroom within their first five years (that includes the nine and a half percent that leave before the end of their first year), The Atlantic noted.

The report continued: “Certainly, all professions have turnover, and some shuffling out the door is good for bringing in young blood and fresh faces. But, turnover in teaching is about four percent higher than other professions.”

Furthermore, approximately 15.7 percent of teachers quit each year, and 40 percent who pursue undergraduate degrees in teaching never enter the classroom.

“One of the big reasons I quit was sort of intangible,” Ingersoll says. “But it’s very real: It’s just a lack of respect. … Teachers in schools do not call the shots. They have very little say. They’re told what to do; it’s a very disempowered line of work.”

The NCTQ study has made a lot of waves for its accusatory tone directed at higher education. And while the target of the organization’s ire may have its problems, one cannot help but feel this research is misguided and pointless to the real issues of retaining quality teachers currently working within the profession. After all, who in their right mind would want to enter a profession that is no longer as respected as it should be, and to do it for long hours and little pay? The problem is systemic, and there are no fixes at the training level.