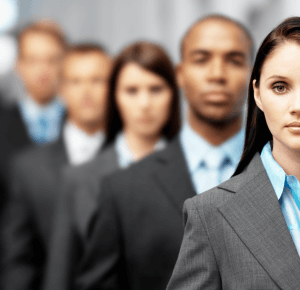 A recent article on the Wired website profiled a radical new approach to education as administered by Udacity. The name of the coding academy is pretty fitting since Udacity has the audacity to think that what they teach should come with guaranteed job placement results. We live in an age where schools are only too happy to raise their tuition costs; meanwhile students will graduate with these expensive pieces of paper and have nothing, essentially, to show for it.

From there, it is right back to Mom and Dad’s house and a job that has nothing to do with their education and barely pays minimum wage. Students are getting frustrated by the lack of guarantees while they are being asked to take on decades of debt for a “privilege” that is shaping up to be no more than an empty promise.

Enter Udacity, which Wired notes, offers coding courses that “typically span about 9 months” and require “about 10 hours of study per week,” while being priced at $299 each.

“That’s about $100 above the company’s usual fee, but the idea is that students will also work closely with specialists that can help them prepare for interviews and find a job after their degree is complete,” the site adds.

“The ultimate objective of education is to find people a job,” says Sebastian Thrun, the company’s founder and the father of Google’s self-driving car project.

Udacity’s drive is very bold in a marketplace that has gotten by for so long promising so very little, but the time is right for it. That said, students cannot wait around waiting for companies like Udacity to do the right thing. Why?

Firstly, education is an aircraft carrier, not a speedboat.

If you are out on the water in a speedboat, you are going to be able to maneuver quickly and make turns with much more agility than you would be able to navigating an aircraft carrier. That’s because big things have lots of parts that must interact and respond to changes in circumstance. It isn’t fair to students that these same institutions are able to raise tuition and fees with lightning speed, but it’s the reality, and if you cannot handle that, your only option is to go with a skill-set like Udacity offers rather than a traditional education discipline.

Secondly, not every discipline is guarantee-able as job placement is concerned.

The fact of the matter is that not every discipline taught in an institution of higher learning is marketable, and thus guarantee-able as far as job placement is concerned. Since I was an English major, I feel like I have a little bit of a right to pick on it, so bear with me for a bit. English itself is an important language, and it will only grow in importance as the global economy grows. However, majoring in the field does not make me as attractive of a candidate for what the job market is often seeking.

That’s why I have had to add computer skills here and there to make myself stand out. If I were to simply depend on the bachelor’s degree I earned in December 2000, I would have starved to death by now. It’s unfortunate. I love English, so I would never knock it, but market conditions don’t see it in the same light that I do. That’s just reality, and if colleges offered you the Udacity money-back guarantee if you didn’t get a job as a result of what you learned following this degree path, they would go under in a hurry.

To that, you may be thinking, “Well then, universities shouldn’t offer degrees they know are essentially unemployable, or if they do, they shouldn’t charge as much for them.” To that, we say, “Exactly.” Unfortunately, it isn’t a practice many public institutions plan on dropping any time soon.

Thirdly, it’s up to you to take charge of your education.

If you really want the most out of your education, you need to be the one, who does the research. Look into what marketable jobs there are within your specific skill set. From there, branch out and target other areas of training or expertise that you could pick up and combine with your strengths and passions in order to find the proper career path.

Perhaps one of the best examples for where education appears to be going in the future is the current evolution of the cable industry and cord cutting practices. These days, it’s all but unnecessary to carry a traditional cable subscription. You can buy a digital antenna to get locals and broadcast networks (in a certain area anyway). You can pick up a streaming subscription or two to sites like Netflix and Amazon Prime to pick up movies and TV. If that’s not enough, you can do digital add-ons like Starz, Showtime, and HBO. For live sports, there is Sling TV and direct subscriptions to streams like those that exist for Major League Baseball, Major League Soccer, UFC, or the WWE Network. In other words, you can pick and choose the programming you wish to have, often at a lower rate and less of a time obligation.

Using that same logic with education, you could pick up an associates degree and several skill sets like those offered by Udacity to get working in a lucrative career right away. If curricula are not offered on a smaller scale at a trade school and you absolutely have to attend a college or university, you can utilize cost-cutting measures like community college first, cheap in-state public university second, and prestigious graduate school third. You may not be able to get out of it without taking on loans, but a methodical approach will at least help you to cut costs from what they would otherwise be.

Hopefully, more schools will start to follow the lead of Udacity and put their “money where their mouth is,” so to speak. Until that time, get to know yourself on a more intimate level. What are your strengths, your passions, and your educational preferences? More importantly, how do you plan on taking care of yourself when you’re out of college? Do the legwork now so that the path you follow is effective for accomplishing your goals. Best of luck!