The 21st Century Workplace: 7 Truths You Need To Know 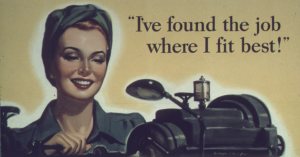 The 21st Century workplace differs quite a bit from what your parents and grandparents grew up with. At one point, you got a job, showed up for a set amount of time, then returned home. (Rinse/repeat until payday.)

In those days you could depend on a job once you had it. Now, not so much. Companies will fire you if it makes economic sense, except they call it “layoffs.”

TomAto, TomAHto. You still don’t have a job.

Today you have to become a more independent thinker to attain true security. You also need to get used to these seven truths of the modern workplace.

The First Truth of the 21st Century Workplace: You will meet fewer of your co-workers face-to-face.

Remote working is here to stay, and that’s because companies have discovered the financial and productivity benefits of working virtually and allowing employees to work at their own pace rather than dictating.

For those of us who’ve been doing it for a decade or more, we know it is not unusual to have co-workers who live in other parts of the country (or world).

You may even find yourself drawn to some of these people like they are legitimate friends, due to the constant need to communicate and engage in back-and-forth, all while never meeting them in person.

Of course, it is always a good idea to press flesh and get to know each other in a face-to-face setting, but it is no longer necessary. And the realities of the 21st Century workplace will place you in a lot of situations where you are depending on people hundreds or even thousands of miles away.

The Second: You may have to be ‘always on,’ but the tradeoff: you’ll be more in control of how you use time.

Not all of the things that you will encounter in the 21st Century workplace are good things. This one is.

The 9-to-5 schedule was understandable back in the day when the world operated on those hours, but that is no longer the case.

Technology has made everything more accessible, and we also know more about productivity and brain science.

The act of sitting in one place for hours on end results in at least three hours of wasted productivity each day. Companies are starting to catch on to this, and even though many of them haven’t found a solution that works perfectly, they have started to give their employees more freedom than before.

As a result, you have more freedom over when you get things done and, subsequently, you get more done in less time.

The Third: You’ll find it easier to stay active.

The old way of doing things was a very stagnant existence, particularly if you worked in an office. In the 21st Century workplace, you will have an easier time avoiding the health risks that come from prolonged bouts of sitting.

When you are not forced to be chained to a desk for eight hours per day, you have more freedom to do work, get up, move around, take a 15-minute walk, and engage in an overall healthier lifestyle.

Some have even taken to the standing desk. While I’m still not there as a full-on substitute for the 8-hour workday, I do incorporate it into parts of my day. From there, I also make sure I find time to do more strenuous exercise.

Some of those sessions are placed directly into the middle of the traditional 9-to-5 workday. That’s because the way we work has fundamentally changed and allowed more control over scheduling and conditions.

The Fourth: You may find it more difficult to get going.

One of the drawbacks — at least some of you will feel that way — is that there often is no one in the immediate vicinity to hold you accountable.

We all need some degree of accountability, and many of us stink at holding ourselves accountable. When you don’t have that “boss is in the next room” thing going on in your brain, it can be quite easy blowing hours on cat videos and the YouTube rabbit hole.

Of course, this is a problem of the 21st Century workplace that will eventually correct itself the first time or two that you don’t accomplish what the boss hired you to accomplish.

When you realize that outcomes determine employment, you have a tendency to find the productivity tools necessary to meet each objective. Hopefully it won’t come to that, though.

By understanding the depth of your situation going in, you will be able to design a schedule that best works with your natural rhythms without preventing you from getting things done.

The Fifth: You can say goodbye to busywork.

For those of you just entering the 21st Century workforce, we hope you never have to deal with the hell of busywork. That is, work that your boss gives you to keep you busy regardless of whether it actually needs to be done.

Most busywork is completely useless, or it would be better-served in the hands of an outside firm.

It takes away from your core purpose and serves as a non-edifying practice that eats up time better spent on larger projects or educational improvement.

In other words, busywork takes hours, days, and years off your life that you can never get back.

Most of it happens because poor managers don’t feel comfortable with idle time, so when they look around and see staff finished with their objectives, they decide to fill that time with wasted space instead of employing the creativity and thought it takes to utilize talent in another useful manner.

When your boss isn’t breathing over your shoulder the whole time, he/she has less of an opportunity to think about “keeping you busy.”

The Sixth: You won’t be able to simply ‘collect a paycheck.’

Manufacturing is an industry that really took a hit in the 1980s. You can argue the reasons for this — perhaps it was NAFTA under President Bill Clinton or the corporate-friendly policies of President George W. Bush — but one thing that isn’t arguable.

There were a whole lot of workers who got way too comfortable with their positions.

Evidence for this is the desperate push for retraining after so many lost their livelihoods and found themselves jobless in a new world where they weren’t qualified to do anything.

Hopefully, this was a lesson learned because no matter what happens with the future of the job market, results will be key.

You will need some form of measurable that you can point to in the 21st Century workplace that says, “See, this is how I add value.”

Simply collecting a paycheck because your union cut you a good deal … not going to cut it. So always be reevaluating your skills and knowledge. Always be asking how they are still relevant, and how they offer real value to the people paying you.

And the Final Truth of the 21st Century Workplace: You will find it easier (and more challenging) to find fulfillment.

A recent LinkedIn study noted that finding fulfillment in one’s work was the major concern among millennials, even more so than finding a job with a good paycheck.

It’s understandable why one would feel this way. All we have guaranteed to us is the time we have on this earth. Think what you will about the afterlife, but we cannot see that or understand it. It’s a faith-based proposition.

The tangible that we do have is this life, and so our only guaranteed shot at leaving a mark on it is to find something fulfilling to pour oneself in to.

Thankfully, the 21st Century workplace gives you more freedom to make your mark and find fulfillment, but it requires more effort and engagement on your part to do so. That’s what makes it both easier and more challenging.

Are you up for the challenge?

The 21st Century workplace has both benefits and challenges, but all can work to your advantage if you know ahead what to expect. What are some things that you find different about today’s workplace that differs from your parents’? Sound off in the comments section below.