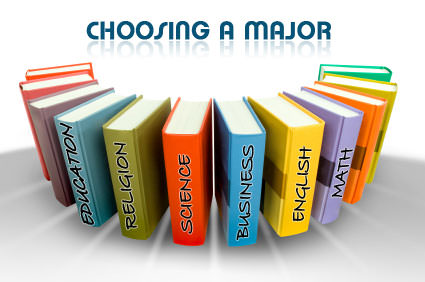 As we head in to the final semester, many of you juniors and seniors will be thinking more about college and, in particular, what you should do once you get there. The web can be a great resource for determining which path to follow in life, and it’s worth doing all the pondering that you can now when it doesn’t cost you anything. One of our favorite resources for such matters is that of reddit. Here are some of the best pieces of advice that we’ve gleaned from using the site.

1. “Really think about what you’re willing to do for the next 4 years. Narrow down if your more Humanities/Social Science or Math/Science person. Then choose among those categories the subject that seems more enticing. Community college is really a nice way to start but you just gotta keep in mind that it may be difficult to transfer if your planning to attend a selective school since those schools usually have really low acceptance rate among transfers.”

2. “Don’t be afraid of failure. My older sister was a successful accountant by the time I was picking my major/university and so the family pressure was quite high at the time. While i’ve always been interested in Political science, the general conception in my mind was that any Arts degree is useless (asian parents…) Hoping to be equally accomplished, I tried the engineering course load in my senior year because I was always pretty good with the sciences. Big mistake, tore my grades up. With that plan falling through, tried to do commerce and go for finance…another big mistake. Finally, hitting rock bottom in my first year of University I … just took the course I enjoyed. Now, I’m majoring in Poli Sci at a better University and loving every moment of my schooling. And yes, I know my degree will be almost nothing in terms of jobs, I’ll be needing to get a master’s if I want to go any where, and I’ll be burdened with debt. But all in all, I’m finally doing something I enjoy and while I’m still scared about my future, I’m glad I focused on what I love doing.”

3. “Go to a college bookstore and browse through some of the textbooks. Your next 4 years will be spent reading a lot of that material, so if a certain discipline bores … you, consider something else. That being said, there’s lots of interesting majors that are useless when it comes time to find a job.”

4. “I chose economics. I have lots of interests too (I lean more towards the business side though), and it opens a lot doors, especially with a minor, or double major. If it teaches you anything it teaches how to think rationally and why people make choices. Areas you can go into with it: business, environment, academia, government, it’s good for pre law, etc. So personally I liked the options, the skills it teaches you, and econ majors are usually in good demand. And what makes it ‘good’ is all up to you. I chose a combination of price, location, campus, social life, academic prestige and chose what I thought was the best all around choice.”

5. “I chose math and computer science, mostly at first because I wanted a challenging major and to make games. I’m now looking into AI as a career. I needed something I could get into quickly and make a decent amount, but wasn’t interested in engineering, blah blah single parent etc. There are lots of careers in Math as a whole and they pay generally well.”

6. “Take 6 years to graduate, double major with a minor. Out of the three I suggest a hard science, some kind of art, and a major that involves lots of reading and writing (communication is important). Maybe math, philosophy, and theatre? Also be sure to study abroad! Not traveling so I could finish in four is the one thing I regret from college. I went in as biology, pre-med. Wanted to be a doctor, until I volunteered at a hospital and saw what they did day to day. Now I teach biology, very rewarding (though not so much financially).”

7. “Try community college for a year or two first. It drops the pressure of trying to narrow down the school of your choice while you’re still in HS (which is oddly enough a more stressful and busy time than college) as well as is cheap enough that a part time job will get you through those two years with 0 debt. Just about every class you take fresh/soph year is either in an unrelated field or a prereq which you can either transfer or test out of, so you won’t be missing all that much. Once you know what you want, you’ll be in a better position to narrow down your school choice. By the time you graduate, the only difference between you and your fellow alumni is that you will have half their student loan debt.”

8. “[Major in] Something you can turn around and make money with. This is especially important if you’re having to pay for it. If it’s a full ride (and you can maintain it) then you have a little wiggle room.”

You’re going to hear a lot of “do what you love,” pie-in-the-sky fantasy from people as you get ready to go to college. While the advice may be well-intended and some of it may actually sound nice, fight the urge to decide things with your heart. That almost never works out. Instead, study some of the ways that your interests can manifest themselves in actual lucrative career fields. Going back to No. 5 and the individual who “chose math and computer science, mostly at first because I wanted a challenging major and to make games.” He had a passion but he saw how that passion had a place within a marketable degree plan. If you can’t envision this, then you may want to reconsider going to college at all. Colleges and universities are far too expensive not to think the decision through, so make sure you do. Good luck!