Chicago Mayor Rahm Emanuel’s hand-picked Board of Ed has voted to shutter 49 elementary schools in the largest school closure in the city’s history, the Chicago Tribune reported on Thursday. 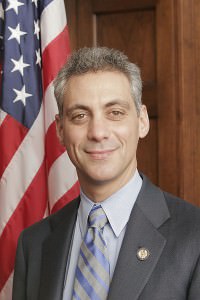 Rahm EmanuelEmanuel’s reason to push for the school closings was that it will help fight an overwhelming budget deficit, giving the district more freedom to move funds around and fund their needs more efficiently.

Alderman Ameya Pawar was not impressed. “Closing a school is akin to closing a community,” said Pawar. Pawar is over the 47th district and was just one of many to speak out against the measure. Chicago Public Schools CEO Barbara Byrd-Bennett, however, defended the move.

“We can no longer embrace the status quo because the status quo is not working for all Chicago schoolchildren,” Byrd-Bennett said. “It is imperative that you take the difficult decision but essential steps.”

Emanuel said he expects to take a political hit for his backing of the school closings measure, but that didn’t stop the former President Obama chief of staff from moving forward.The board was unanimous in its vote to close 48 of the elementary schools as well as one high school program, the Tribune noted. The 49th elementary, Von Humboldt Elementary, was also voted out, but by a measure of 4-2.

According to NPR, the Chicago Teachers Union and community activists are organizing a voter registration and education campaign to strike back. CTU President Karen Lewis said the next fight would be at the ballot box.

“Our next plan is to have to change the governance of CPS … Clearly this kind of cowboy-mentality, mayoral control is out of control. We’re starting our deputy registration, and we will be registering voters across the city.”

The ultimate target, NPR noted: to get Emanuel and those who backed the closings removed from office and gain support for an elected school board instead of one appointed by the mayor.