Teachers have strip-searched their students, according to a recent report from the Sun News Network out of Canada. A school board north of Montreal admitted that their teachers “went too far” in asking students to remove their clothing when it was suspected that one of the 28 students had a cell phone during a year-end exam. 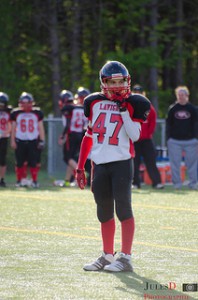 The student strip-search occurred at Cap-Jeunesse High School in Saint-Jerome, QC, and involved tenth graders. The board admitted that teachers “lacked judgment” in the decision.

One teenage girl described the experience to the QMI Agency, stating “They put us in a small room … (and said) ‘Take off your bra, then raise your arms.’ They even tapped us on the back.”

Nadyne Brochu, school board spokeswoman, admitted, “It was a disproportionate action under the circumstances. … These are not measures that are recommended by either the school or the school board.” Brochu acknowledged that the student strip search occurred outside the principal’s knowledge and noted that once officials heard what had happened, “they immediately contacted the students’ parents to explain the situation.”

The administration will continue to investigate, Brochu said, but she was unable to say if the responsible teachers would face disciplinary action.

Brochu noted that students would be allowed to re-take the exam, adding that the “climate was not conducive to a good test.”

Beyond the teachers conducting a strip search of their students, it’s not known if any contact was made that might result in a firing offense, similar to a recent case in which two Long Island, New York, teachers were pulled from their classrooms on accusations of inappropriate contact with a football player and wrestler at Sachem High School North.

Allegations were leveled at two female teachers — Donna Newton-McNally, 41, and Melanie Akerberg, 33 (both married) — who are being investigated by district officials.

The New York Post reported that the girlfriend of one of the students found an inappropriate text from the teacher on her boyfriend’s phone. She alerted school principal John Dolan about the communique, according to unnamed sources.

(NOTE: The Post report has since been removed, but The Daily Mail picked up the story prior to its disappearance from the website.)

Suffolk County police were not alerted about the allegations on account of the two Long Island high school athletes being past the age of consent. Considering they are still students at the high school, however, it would be difficult to see the women keeping their jobs if the allegations are proven true.

Again, in these cases, it’s always important to remember, “innocent until proven guilty,” though in the case of the Canadian high school, a certain degree of wrongdoing has been confirmed by school officials.One student sounded off via Twitter, “It’s just hard to believe this stuff goes on … I’m really hoping that there isn’t anything and it’s chatter.”