Critical Thinking: 4 Great Answers for How to Improve Your Skills 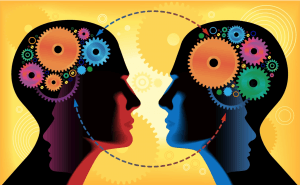 A recent study on college and critical thinking raised some terrifying questions as to the quality of education that students are getting in the post-secondary world. Entrepreneur reports that 73 percent of graduates said college failed to teach them how to develop and ask their own questions.

More from the piece as compiled by contributor William Craig:

“The study, published in January 2016, consisted of researchers interviewing over 1,600 graduates from ten U.S. colleges and universities. The study’s goal was to evaluate the continued learning needs of today’s college graduates.

Critical thinking skills are vital to being able to position yourself and your talents/skill sets for a good job or to start a successful business. Autonomy of thought is perhaps the No. 1 thing that students should be learning from the time they enter kindergarten, yet it’s still something that they’re not being taught at the highest levels of education.

Some of this fault is, of course, on the system and its stifling bureaucracy; but a much larger portion of the blame lay with parents and the students themselves. It’s not like they don’t know what they’re up against. They are being told every day on the news and online that the world is a global marketplace — that the skills and circumstances in which past generations were able to succeed have little to no bearing on today’s world.

Luckily, it is never too late to start building your critical thinking skills. Recently, the Quora crowd posed the question of just how you can do so. Here were some of the best answers.

Much of how we think is a reflection of our values. If you value understanding the state of things as they actually exist, then in pursuing that goal one must acknowledge methods of thinking that are better than others.

If you desire to inhabit a rational and reasonable society then honing the blade of critical thought is never time wasted.

On the other hand, if you believe there is no relationship between facts and truth, or if you value “alternate means of knowing” – those not founded on evidence and reason, then perhaps it’s time to ask yourself the following questions … What kind of thinking do I value? How could I be wrong about the things I believe? What could be the consequences of holding false beliefs?

Critical thinking requires experience, practice and a lot of contemplation. I know a very nice Sanskrit term which can greatly help in learning to develop critical thinking. That term is – ‘Saakshi bhaav.’

This means developing the point of view of a ‘witness.’ Removing yourself from the situation and looking at things. Creating the distance. … Here’s what I have found useful practically — Not clinging to any beliefs too tightly! — You can cling. You may be convinced about something. You may have strong opinions. Fair enough. Just keep in mind that they can be wrong!

We must understand that there are stages required for development as a critical thinker:

Stage One: The Unreflective Thinker (we are unaware of significant problems in our thinking)

Stage Two: The Challenged Thinker (we become aware of problems in our thinking)

Stage Three: The Beginning Thinker (we try to improve but without regular practice)

Stage Four: The Practicing Thinker (we recognize the necessity of regular practice)

Stage Five: The Advanced Thinker (we advance in accordance with our practice)

We develop through these stages if we: 1) accept the fact that there are serious problems in our thinking (accepting the challenge to our thinking); and 2) begin regular practice.

You can also train yourself by taking a politician’s speech and analysing all the ways that he’s trying to influence your opinion not via facts but by the way he says things. This is easier if you know about basic rhetoric devices. For the beginning, I recommend taking the transcript of a speech by someone that you hate and are forewarned about (e. g. Hitler), because that will make it easier to keep a level head and not be drawn in. Later, you can take transcripts of speeches by people that you merely disagree with (Bush?). With a bit of practice, you even will be able to critically analyse speeches by people you agree with, and even in real-time while they’re talking. Never be a sheep again.

You can practice similarly with historic accounts or argumentation, then looking for errors of reasoning as well as manipulative rhetoric: first work with texts whose content you disagree with, later you will be able to spot this kind of thing even in texts that you agree with.

In Germany, this kind of exercise is an essential part of grades 11 to 13, because the avowed goal of German education is to produce mature, critically-thinking citizens.

Critical thinking skills are not easy to develop, but once they’re in place, they can dramatically improve your life. Besides that, we’re at a point where you don’t have much of a choice as to whether you develop these skills or not. You need them to be competitive. With the advice above, you’ll be well on your way.