Education Reform Edition Of Roundup: How Do 2016 Candidates Stack Up So Far? 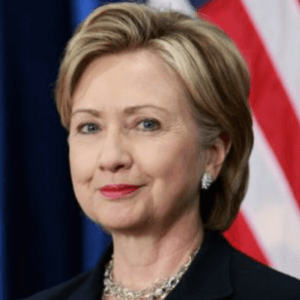 Education reform is fresh on everyone’s mind as we gear up for the 2016 presidential race. Here at 4Tests, we’ve already outlined some of the plans that are on the table, most recently Bernie Sanders’ plan to get you a free education at all four-year universities. You can read more on Sanders’ plan here. But what about his opponents — both Democrats and Republicans? Where do they stand? As fortune would have it, they’re doing a little more talking these days about some of their specific ideas. While our first candidate, Elizabeth Warren, has not formerly announced and has even said that she won’t be running, she’s starting to talk like a candidate, so we’ve included her here with the other three, who are definitely running. Let’s see how their ideas stack up.

What are politicians suggesting about the student loan crisis? Elizabeth Warren, a top Democratic influencer, has recently echoed Republicans in her desire to attack the root causes of why you’re paying so much for student loans. By focusing on the source rather than the fallout, the idea is that quicker and more meaningful reforms will occur. Here’s a particularly potent piece from the Time op-ed on Warren’s new proposals.

“Our national student debt problem has a clear cause: the inflation-outpacing, federally abated rise of college tuition. The Department of Education provides students aid on the basis of their college’s cost of attendance, meaning colleges can raise prices knowing that the federal government will simply increase aid awards. College administrators thus face little incentive to keep costs down. Students, in turn, must rely increasingly on debt to finance their college education.

“Warren is likely the most prominent Democrat in recent memory to acknowledge these backwards incentives. “Conservatives are right,” she said. Colleges take advantage of the “availability of guaranteed federal loan and grant dollars” to raise tuition prices. She suggested that most colleges are completely unaccountable, since the federal government’s generosity ensures that “there’s far less pressure to hold costs down or to ensure that their services are worth the price.” Echoing a long-standing conservative critique of contemporary higher-education, she also decried the lavish amenities—the “fancy dorms, high-end student centers, climbing walls and lazy rivers”—and the bloated administrative bureaucracies that taxpayer dollars now fund.”

Rand Paul was recently on the Morning Joe hot seat talking about the national Department of Education. When asked whether he would want to “nuke” the DoE and get rid of it altogether, he had this to say.

“Yes absolutely. And it’s a big issue because it plays in a little bit — not exactly — with the idea of whether we need more federal control of curriculum and things like that.”

Paul also said that he was against the national Common Core standards, and that he “wasn’t against national tests,” but “our local school board and national state dictated which test we took.” For the Republican presidential candidate, it wasn’t an issue of states not wanting to be compared nationally to other schools, it was just important that the educational sources started at the epicenter “and worked its way up.”

You can read more of Rand Paul’s thoughts on the DoE at this link.

At a campaign stop in Charleston, South Carolina, Hillary Clinton did more hinting at her education plans than actually laying out the details, though she promised that details would soon be forthcoming. According to CNN, she “proposed a $1,500 credit to businesses for every apprentice they hire, and that the program would hold business accountable for their apprenticeship program.”

“The apprenticeships would be registered with either a federal or state program that would ensure standards were met,” the news site said.

“I want to ask my Republicans friends, and I have a lot of them … to think hard about how we can invest in the people who need it most,” she said in her speech. “We have done enough for those who have already been successful. I want to be a president for both the successful and the struggling, and right now, the struggling need more help.”

Clinton also said that she didn’t “care what party you are, I don’t care where you are from, bring the best ideas, bring the best partners and let’s solve problems together.”

Clinton also plans to roll out a plan on college affordability in the coming weeks. You can read more of those thoughts at this link.

The Hill recently took a look at what Marco Rubio’s specific plans for education reform are as he gears up for the 2016 campaign trail. His most drastic proposal would include private investment groups paying for tuition “in exchange for a percentage of future earnings,” while noting that the program would “not replace federally subsidized student loans, but instead provide an alternative to students who don’t want to take on tens of thousands of dollars in debts.”

Rubio only recently paid off his student loans, putting him close to students concerned about how they’re going to repay their student loans. (And there’s a lot of us!)

More from The Hill:

“Investors would consider a student’s area of study, the quality of the institution he or she attends and past academic performance before deciding whether to invest in the student.

“‘We must create alternatives to our current system of accessing and paying for higher education,’ he said.

“Rubio has tried to widen his portfolio of policy expertise since his political stock dropped among conservative activists last year because of his role in pushing for comprehensive immigration reform.

“Speaking at Miami Dade College, Rubio spoke about the burden debt created in his personal life. He said he only recently paid off his student loans with the proceeds from his book, An American Son.

“‘The loans quickly became my single largest expense. I remember looking at the coupon book for one of them and realizing that at the pace I was paying these things, I wouldn’t pay them off until I was over 50,’ he recalled.

“Rubio touted his plan — co-sponsored with Sen. Ron Wyden (D-Ore.), the new chairman of the Senate Finance Committee — to give students reliable data on how much they will likely earn and how much they will owe after graduation, called the Student Right to Know Before You Go Act.

“That proposal, first introduced in 2012, would create an automatic repayment system for student loans, which would allow graduates to make payments in proportion to their earnings. Monthly payments would be based on monthly income.

“‘We have various Income-Based Repayment programs already in place, but they are terribly insufficient and replete with unintended consequences,’ he said. ‘Many graduates don’t even know the programs exist, making them extremely underutilized.'”

Now, forget about party and favorite candidate for a bit. Which of the ideas do you think would work best? Sound off in the comments section!