Education Roundup: ‘Microaggressions,’ PC, And The End Of Free Speech In Schools? 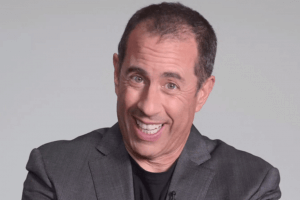 The term “Microaggressions” has risen in the education world as yet another example of how political correctness is damaging the fabric of society. A trio of news stories this week puts the “problem” in the spotlight. During the Confederate flag debate, you may have missed these brewing conflicts.

It’s understandable when you reach diversity levels like the kind you find in college that you may have to be a little more careful with what you say. However, the University of California may be taking things way too far with the “speech police” highlighted in a recent piece from The Daily Beast. More from contributor Robby Soave.

“Fifty years after the birth of the free speech movement at the University of California, Berkeley, officials across the UC system are encouraging faculty and students to purge mundane, potentially offensive words and phrases from their vocabularies.

“Administrators want members of campus to avoid the use of racist and sexist statements, though their notions about what kinds of statements qualify are completely bonkers. ‘America is a melting pot,’ ‘Why are you so quiet?’ and ‘I believe the most qualified person should get the job,’ are all phrases that should raise red flags, according to the UC speech police.

“Requests for faculty to quit perpetrating these teensiest of microaggressions are thankfully just that—requests—although the fact that they come straight from the desk of UC President Janet Napolitano lends them some muscle. On January 5, Napolitano dispatched letters to UC deans and department chairs inviting them to attend seminars ‘to foster informed conversation about the best way to build and nurture a productive academic climate.’ That’s bureaucrat-speak for learn to keep your mouths shut.

“Seminars were held on nine of the 10 UC campuses throughout the school year. A professor who opted not to attend recently shared some details with The College Fix, and educational materials from the seminar are available online. Of particular interest is this handout, ‘Recognizing Microaggressions and the Messages They Send,’ which is adapted from a book by Columbia University Psychology Professor Derald Wing Sue. It lists dozens of examples of mundane statements and then explains why each could be racist.

“Saying, ‘There is only one race, the human race,’ is offensive because it denies ‘the significance of a person of color’s racial/ethnic experience and history.’

“‘America is the land of opportunity,’ implies that ‘People of color are lazy and/or incompetent and need to work harder.’

“Asking an Asian, Latino, or Native American ‘why are you so quiet?’ is tantamount to giving the order ‘assimilate to dominant culture.’

“And stating the opinion, ‘Affirmative action is racist,’ is a microaggression by default.”

You can read more of Soave’s lengthy but fascinating piece at this link.

Is Political Correctness Killing Comedy, And Are Colleges To Blame?

Political correctness on college campuses is running rampant, according to Jerry Seinfeld. That’s why he will never do a show there, even though he’s a largely “safe” comedian for general audiences. While this isn’t news, the response from trans comedian Robin Tran is starting to pick up steam.

“Jerry Seinfeld is the latest comedian to insist that political correctness is ruining stand-up comedy [Note: that is a misstatement of what Seinfeld actually said, more on that later], but I contend that people with this mentality are the ones doing more harm to the art form because they’re trying to shut down criticism.

“When I started stand-up comedy, I was very outspoken against this so-called ‘PC culture.’ I’d go onstage, say the most offensive things I can think of, and then get angry at the crowd for not laughing.

“Not once was it ever my responsibility to be funnier.

“My philosophy at the time was simple: ‘Say whatever you want, and people who get offended are always wrong.’ I’d go on tirades about SJWs (Social Justice Warriors), a pejorative term to describe people who engage in arguments about social justice on the Internet, and I’d rant about how people getting offended were ruining my right to say whatever I wanted. I’d scream and accuse everybody else of being emotional while claiming that I was the only calm one in the room. (By the end of these discussions, my blood pressure rose more than anybody else’s.)

“I realized years later that by engaging in online arguments about the ‘holy sanctity of comedy,’ I was actually acting like an SJW myself, and my ’cause’ was gallows humor. I felt like the only real truth in life was the ability to tell offensive jokes without repercussions. But I never owned my emotions. I was the one shouting about how little I cared when it was obvious that I very much did.

“Since I was so angry, I couldn’t take criticism, and this was very harmful to my comedy. Feedback and constructive criticism are what help comedians and the art form to grow. With stand-up comedy, the comedian receives feedback right away. If an audience doesn’t laugh, it could be due to a number of factors: the venue wasn’t right for comedy; the comedian wasn’t a right fit for the room; the joke isn’t finished yet; the joke itself isn’t funny; or the audience simply didn’t find the comedian funny. Ideally, this is when the editing process would take place, like figuring out a puzzle. ‘What went wrong with this joke? Why did this punchline not work? Did I deliver it correctly? Maybe this crowd didn’t like it but I should try it somewhere else?’ … Shouting into a microphone with the sole intent of being carelessly “edgy” is not art. It’s stroking your own ego to feel powerful, and some audiences have had enough.”

Back to what Jerry Seinfeld said in his statement. He said that college campuses were too politically correct, and that’s why he chose to play there. He also said that kids do not understand what racism and sexism really is, “they just want to use the words.”

He did not say that PC was actually ruining standup comedy, only that a small audience that is overly PC is not a good place for his act or any comedian, who is concerned about PC attitudes. Seinfeld has also been joined in that opinion by Chris Rock and Larry the Cable Guy.

That said, the debate will rage on. But what do you think? Are you and/or your fellow classmates too PC?

Read more of Tran’s column at this link.

With the above examples and the recent effort to bury the Confederate flag once and for all, do you think that political correctness and bans and boycotts and protests are out of hand? Are we at a tipping point where the death of free speech is imminent, or is this just sour grapes on the part of people with unpopular opinions? Sound off in the comments section.