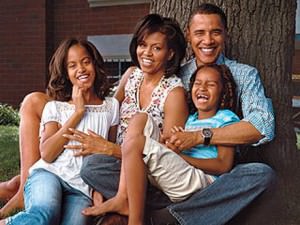 So many changes are happening in the world of education — Common Core, high-stakes testing, and all the opposition to it — that it’s easy to miss something important. That’s why we’ve put together a selection of the top stories for the week that we recommend checking out. Whether you’re on the teacher side or the student side, this is what you need to know.

First up, what do the Obamas think of high-stakes standardized testing?

I’m not sure if you can find a statement from the President that affirms or condemns it, but none of that matters when you look at how he chooses to approach the topic with his own children. From the Washington Post:

“Thousands of public school parents around the country are opting their children out of taking high-stakes standardized tests this spring, tired of the emphasis on high-stakes testing and concerned about the validity of the assessments aligned to the Common Core State Standards or similar standards. A growing number of principals and superintendents are supporting parents in this decision, though pushback is getting stronger from others. But, says educator Alan Singer, there is another way to opt out your child from standardized testing — send them, if you can afford it, to a private school that doesn’t give them.

“The Obamas, for example, send their two daughters to the elite Sidwell Friends School, a private Quaker preK-12 school with campuses in Washington D.C., and Bethesda, Md. Sidwell, like other independent schools, does not bombard its students with high-stakes standardized tests. (It also doesn’t evaluate teachers by the test scores of their students, a policy promoted by the Obama administration.)”

Next, the fight against standardized testing is heating up.

Parents, students, and teachers in Seattle can agree on one thing. They don’t like the move to high-stakes testing to determine if students are “good enough” for the world they’re about to enter. They gathered this week to protest the movement toward high-stakes testing in Washington State. From Q13 Fox:

“The revolt against standardized testing has reached a boiling point in Seattle.

“On Tuesday, students, parents and teachers rallied against the new statewide assessment tests, arguing they create chaos in schools.

“‘This is a civil rights movement to say our children are more than a score,’ said Jesse Hagopian, a teacher at Garfield High School.

“Leaders of the “opt out” movement argue that the tests deny students of quality class time.

Thirdly, a man pays it forward — and backward — to show how much he appreciates his teachers.

Teaching is often considered a “thankless” job by many outside the profession — and a great many inside it. That’s partly because it’s true 95 percent of the time. But sometimes the five percent comes out, and it reminds you why you pursued the profession from the start. Take this story from ABC News in which a man gave his former teacher a $10,000 check to show his appreciation. From the piece:

“Kevin Perz graduated from Parkway Central High school in Missouri in 1977, but he hasn’t forgotten to show his appreciation for special teachers that impacted his life there.

“The latest teacher who received an unexpected gift was Marilyn Mecham, who he had been trying to track down for years.

“After finally finding her current phone number, the pair chatted by phone in January, a move that Mecham told ABC News was special enough.

“‘I was so appreciative to have somebody spend all that time looking for you to tell that you meant so much in their life,’ said Mecham, who had Perz in her co-ed food class, which was similar to home economics, during her first year of teaching.

“The phone call moved Mecham that she posted on Facebook urging others to take the time to make a similarly ‘powerful moment’ in someone’s life. Little did she know that the call was just the first half of the gift. Two days later, on Jan. 9, she received a handwritten letter from Perz with a $10,000 check inside.

“‘She called me Monday she said she got it Friday and she spent the whole weekend crying,’ Perz told ABC News about Mecham’s reaction.”

And now for something truly amazing…

It’s a big enough accomplishment getting into one of the Ivy League schools, but this!? From Fox4KC:

“High school senior Harold Ekeh didn’t just get into one Ivy League university. He was accepted into all eight.

“Now comes the really hard part: Deciding where to go. He actually got into all 13 schools he applied to, including MIT and Johns Hopkins.

“‘I am leaning toward Yale,’ he told CNNMoney. ‘I competed at Yale for Model UN, and I like the passion people at Yale had.’

“Some of the Yale students he met became his friends and mentors, offering advice on the college application process. Now Ekeh is trying to do the same thing.

“Ekeh, 17, founded a college mentoring program at his school, Elmont Memorial High School on Long Island in the New York city suburbs. His goal is to get more students into top universities.

“American dream: Ekeh was born in Nigeria and came to the United States when he was eight. He wrote his main college essay about the struggle to adjust, including being clueless in U.S. history classes at school. He said he would ask his parents repeatedly why they moved.

“‘We had a fairly comfortable life in Nigeria, but they told me we moved to America for the opportunities like the educational opportunities,’ he recalled.

“The salutatorian is quick to credit his parents, school and community for his success.”

He wants to be a neurosurgeon. Something tells me he won’t have any problem getting there. Read more at this link.