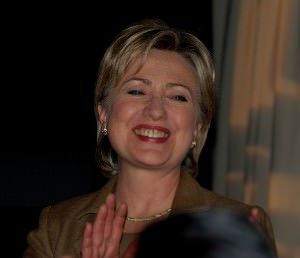 The state of education is both exciting and full of turmoil depending on where you’re at in the proverbial food chain and where you’re headed in the future. Every now and then, we like to take a look at the industry as a whole — from the job market to the political implications — and give you a roundup of the most recent happenings. It’s never too early to take an active interest. After all, this is your future and the people who will influence it. So let’s get started with this week’s education roundup.

It really is about more than your education when it comes to finding a good job. While that doesn’t negate the need for education of some type, be it a valued trade or something more academic, employers need more than good grades as you will see in this piece from Yahoo!

Excerpt: According to Christine Romans, CNN chief business correspondent and author of “Smart is the New Rich: Money Guide for Millennials,” skills such as integrity and professionalism are among the qualities that employers value the most.

“These used to be called ‘soft skills,’ but workplace experts and human resources managers say there is nothing soft about them at all,” Romans writes in her new book. “The hard truth is that companies need talent that can collaborate and lead. These skills are critical, and you can’t get a degree in them.”

Times have been hard for Hillary Clinton as of late. More Democrats have soured on her with a recent poll putting her at just 45 percent favorability among her constituents, at least as far as her potential 2016 candidacy is concerned. Clinton’s email woes aside, this article from the New York Times delves in to the balancing act she’s having to do between her wealthy donors and the teachers who are often hurt by such donor policies.

Excerpt: “Already, she is being pulled in opposite directions on education. The pressure is from not only the teachers who supported her once and are widely expected to back her again, but also from a group of wealthy and influential Democratic financiers who staunchly support many of the same policies — charter schools and changes to teacher tenure and testing — that the teachers’ unions have resisted throughout President Obama’s two terms in office.

And the financiers say they want Mrs. Clinton to declare herself.

“This is an issue that’s important to a lot of Democratic donors,” said John Petry, a hedge fund manager who was a founder of the Harlem Success Academy, a New York charter school. “Donors want to hear where she stands.”

“The growing pressure on education points out a deeper problem that Mrs. Clinton will have to contend with repeatedly, at least until the Iowa caucuses: On a number of divisive domestic issues that flared up during the Obama administration — trade pacts, regulation of Wall Street, tax policy — she will face dueling demands from centrists and the liberal base of the Democratic Party.”

3. The Risks of Investing in a College Education

Something under more fire than Mrs. Clinton is the concept of a college education itself. With skyrocketing student loans, expected increases in tuition beyond the record heights they’ve already achieved, and a soft job market for graduates, it’s a tough world where students are actually having to weigh the risks of a college education instead of observing its benefits. This piece from Fortune’s Jonathan F. Foster presents an excellent overview.

Excerpt: “The cost of a college education has grown dramatically, in many cases consistently above inflation. The approximate total cost per year for a student at the State University of New York is approximately $25,000, while the total annual cost of private college averages about $40,000 and that for the top schools is some $70,000. In private institutions, more than 80% of students are incurring some debt to finance their education; in public universities, that number is over 50%. According to the Institute for College Access and Success, the average amount of student loan debt for members of the Class of 2013 hit $28,400. The total amount of student debt has reached a staggering $1.2 trillion.

“Of course, any investment is valuable if the payback is acceptable. And the $40,000+ average starting salaries for college graduates are well known. However, the earnings potential for graduates of top schools with strong academic records is very different than the earnings potential for graduates of lower ranked schools with lesser records. The Federal Reserve Bank of New York, for instance, has found that those who graduate from colleges ranked in the bottom 25% earn no more than the median-income of workers with a high school degree.”

4. The Dollars and Sense of a Basic Education

This piece by Ralph da Costa Nunez, PhD, for Huffington Post examines the massive disconnect between the homeless and education as well as the implied and direct costs that homeless people have on society because they’re unable to complete a basic high school education. Of particular interest are these stats on the possibilities of what CAN happen when the homeless are guided toward a GED.

Excerpt: “Irrespective of the competitive angling between the General Educational Development Test (GED) and New York’s newly introduced Test Assessing Secondary Completion (TASC), it’s clear that completing a high school equivalency degree makes sense for both homeless parents and the taxpayer. Studies of family literacy programs demonstrate that every dollar invested in adult literacy yields over $7 in higher incomes, tax contributions, reduced criminal justice expenses, and diminished reliance on public assistance. Those without a basic education are essentially relegated to being a permanent underclass — which is both an expensive prospect for the city and a stain on our conscience. An individual who doesn’t complete high school costs the city nearly $134,000, ironically for expenses like jail and shelter. On the other hand, those with a high school diploma or equivalency degree earn 65 percent more over a lifetime, providing a $193,000 benefit to the city. Education does pay, and can be the difference between residing in shelter or your own home.”