Five Things Every Student Should Know About Reading The News 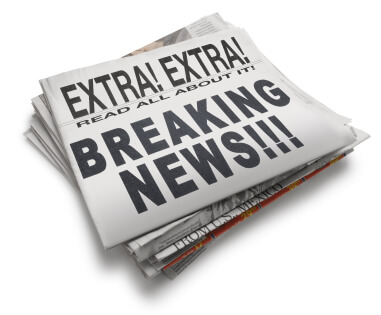 Reading the news probably isn’t at the top of your list of priorities, especially if you’ve spent all day inside of a classroom or two hours after school on a homework assignment. Let’s face it. The news sounds stuffy and boring and something more akin to what your grandpa sleeps through every night at 10pm, rather than something worth listening to. Besides, with the rise of Fox News and MSNBC, journalism is pretty much dead. CNN even recently got scolded across the ‘Net for allowing an end of the world story from one of their iReporters to go viral. Because of faulty branding, it appeared as if the story was CNN-endorsed, rather than the work of a “citizen journalist.” That led to articles like this one taking the site to task for its shoddy system of news pollution.

Even so, as a student, you can’t afford to ignore what’s happening around you. It’s a duty and responsibility to go looking for the news instead of just trusting what one or two outlets or, worse, your Facebook friends, have to say. Here are some recommendations for cutting through the BS and getting as close to the reality as possible.

Only a fool trusts one or two media sources nowadays without checking what else is being said. Fox News and MSNBC have reputations for endorsing right and left viewpoints, respectively, with very little actual journalism to support their statements. CNN has taken something of a tumble in recent years as well. Whenever you see a story, always look at where the information is coming from, and not the level of trust that you place in the reporting outlet. There have been too many monumental fails on the part of mainstream media to take them seriously anymore. For every article you read, see what other outlets have to say about it. Better yet…

Say you pull up an article on a site like CNN. That article is reporting on a speech given by President Barack Obama. Instead of just taking the reporter’s interpretation of what is being said, go to the speech itself. Often times, news sites will link to the primary material. Whenever possible, actually. If they don’t, then you should probably be getting your news from somewhere else. Do not allow the website to be your filter. If there is a video of two men from two different races getting into a fight, one site may interpret the instigator of the fight one way while another site goes the opposite direction. Rather than taking their word for it, go to the video itself and draw your own conclusions based on the evidence that is there.

3. Wait For The Outcome

When the Sandy Hook Elementary shooting happened, initial reports stated that there were two killers. We now know that to be false. If we’d gone on believing the initial reports, it could have led to a proliferation of violence. What if someone was accosted by an angry mob of people and beaten to death because they “heard” he was fleeing the scene and that he was “a known associate” of Adam Lanza? Such scenarios are not farfetched, and that’s why when a story is developing, you don’t jump after the first reports you hear and take it as truth. Just look at how badly CNN has struggled to find news and continuing coverage for the missing Malaysian flight. It has turned them into the butt of jokes from people like Jon Stewart and John Oliver. Also, on a related note: watch for things like word choice. If reporters say things like “probably” or “likely” or “we’re being told,” don’t take to your Facebook page and share what they have to say as fact. (More on that in a bit.)

4. Watch Out For Anonymous Sources

Anonymous sources cannot always be trusted. True, sometimes their anonymity is a necessity that allows them to blow the whistle on grave injustices at the upper echelons of power, but they could also just be a political rival with an ax to grind. Consider what they have to say, but also keep in mind the questionable nature of the source. If you can’t name them or know them, then why should you immediately believe them? You may trust the news outlet with whom the information is being shared, but that isn’t foolproof.

So many falsehoods get taken as fact in this age of social sharing. While you can often find out important things first via your Facebook feed — that’s how I found out Osama Bin Laden had been killed — your friends are not professional fact-checkers, and they may just be sharing a hoax or an easily disproven news item from a few years ago. Unfortunately, people often imprint their own politics and belief systems on news stories. That leads to the perpetuation of myth as truth. They also tend to fall for satire news stories, which are not always easy to detect.

Fifty years ago, there were only a handful of news sources, magazines, and television stations. People felt they could trust their news because they weren’t being pulled in so many different directions, and they were essentially being told what to believe by news gatekeepers. But after numerous political scandals involving Republican and Democrat political figures — from President Nixon to President Obama — intelligent people now realize that they cannot believe in face value when it comes to the news.

That’s why it is so important for students to not only keep up with current events, but to understand the processes by which the news is reported. Research and synthesis of information is vital to the success of any human being, whether they’re 60 years old or just starting high school. The sooner that you learn to be more discerning in what you believe and what you’re told is fact, the more equipped you’ll be for tackling the world of tomorrow.