Fixed Tuition Programs vs. Smart College Financing: Which Is Better? 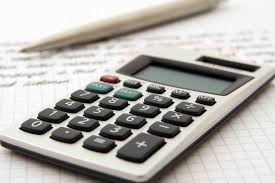 Fixed tuition is not a new concept. However, it has quickly advanced across the country as a cost-control mechanism for loan-weary students. It certainly sounds good on the surface. This is especially true for students faced with exponential increases over the last two decades.

Throw in the fact a low-level (undergraduate) degree won’t get you as much earning power as it used to, and it’s no wonder students look to concepts like this one for salvation. But is it everything it’s cracked up to be, and might there be a better way of paying for college?

In the following article, we’ll be discussing the answers to these questions more at length. And you may be surprised to find that well-meaning “solutions” like fixed tuition have a dark side. Let’s enroll!

What Is Fixed Tuition?

You already know fixed tuition is designed as a cost-control measure to guarantee that the costs of college will not increase during the four-year period you’re working on your undergraduate degree. But what you may not know is there are two different approaches to making it available.

In the state of Texas, for instance, the costs are front-loaded. What does that mean? It means that if you don’t meet the requirements for fixed-tuition eligibility, you could still get off cheaper. That’s because the FT cost is set at a higher rate to account for lost revenues, but those rates cannot go up from year one to year four.

Your cost — as a person not eligible — will be cheaper for the current year. And even though it could go up the next year, it may not increase so much to where it eclipses the fixed tuition rate. The structure for this is purposeful because it accommodates transfer students or students who are not starting from their freshman year.

That said, there are universities that don’t frontload the costs. Instead, they count on increases to enrollment to make up for the (theoretical) lost revenue. These programs are rare. The University of Arkansas at Fort Smith (UAFS) is the only one we know of that handles it this way, but they are located in a low-cost part of the country where cost increases are not as exorbitant.

When Should You Use It?

So, now that you know how fixed tuition plans tend to be structured, the question is this: when is it a good idea to take advantage of it, and when will it work against you?

Clearly, you want to go with a school that doesn’t charge the premium on the four-year fixed rate. But we’ve established those schools are few and far between. Even so, it still may behoove you to enroll under the FT program. You’ll just need to do a bit more research first.

What should your research target? Three things:

Once you’ve done the research, you’re in a better position to make a financially wise decision. But it’s important you pause here and ask yourself one question.

Is There a Smarter Way to Finance College?

Of course, the answer to this question is a resounding yes. But it does require a certain degree of planning. And it may seem a little messy at first. Considering it can save you thousands of dollars in student loans, though, we’re pretty sure that it’s a plan worth making. Let’s look at how you should work it.

An associate’s degree is what you get after passing your general education requirements. These are generally your focus in the first two years of undergraduate work, but more and more high schools are creating a pathway to an associate’s simultaneously with high school graduation.

If you can do this, do it. Better to pay nothing for half of your undergrad work than to go to a state school and pay the same as you would for the last two years. Some community colleges have turned to offer free tuition if certain requirements are met. They are certainly worth looking in to should you want to shave several thousand dollars off your overall bill.

How to Handle Undergraduate Work

By now, you probably realize we’re advocates of getting those first two years paid for however you can. Examine your options. Don’t be afraid of transfers and jumping around. While it may leave things feeling unsettled for a time, the difficulty of the education is such that you can withstand any turbulence in exchange for the cost savings.

Once you’ve got those first two years settled, it’s time to think about how you’re going to finish. A little secret: employers don’t care as much about your undergraduate institution. They care about what your degree says you can do.

That’s why an undergraduate in mechanical engineering will pretty much always guarantee you a decent job while a bachelor’s in the liberal arts will spend more time getting acquainted with management training programs at retail stores and fast food restaurants. No disrespect to those types of jobs, but it’s likely they’re not what you envisioned when you were earning that basket-weaving degree.

The lesson: stick with in-state public universities (the cheapest four-years you can find). Take advantage of the in-state tuition for as long as you can. Focus on doing your best, and that will set the stage for the next chapter.

Going Beyond the Bachelor’s Degree

A master’s degree is a bare minimum these days if you want to work at a higher level in your field of specialty. Doctorate degrees are likely to increase in importance over the next 10 years to the point that a master’s degree will become the minimum price of admission.

The takeaway: don’t get too wrapped up in spending and school selection in the undergraduate stages. Minimize the cost as much as possible and excel in your performance. That will help you stand out to the more prestigious universities for post-graduate work.

Financial Resources to Use Along the Way

Look high and low. If you’re in high school, check with your guidance counselor about local, state, and federal scholarships and funding opportunities, as well as organizational scholarships.

Additionally, you’ll want to check with your university of choice’s financial aid office. They may or may not have added scholarship opportunities, but they’ll definitely have work-study programs and fellowships that allow you to earn extra toward your education.

Last but not least, cast a wide net. Your community or school or state or the federal government may not be the only choices you have for additional funding. Look up interests that you have on Google or the search engine of your choice. Then, combine those interests with “scholarships” in the search field. You’ll uncover some interesting and often-overlooked options.

And What About Free Tuition?

Free tuition sounds terrific if you’re a student wondering how to pay for school, but there is a dark side to it as illustrated in a recent piece from the Washington Post. In the words of community college counselor John Mullane, quoted in the piece, “States can make college as free as they want, but if they don’t have a system in place to help students get through these institutions and graduate on time, with a college degree that allows them to go directly into a good job or to fully transfer the credits to a bachelor’s degree, they are doing more harm than good.”

More harm than good — how so? From the piece: it “involves spending hundreds of billions of dollars and flooding public colleges and universities with new students,” Mullane said, adding that Increased spending on tuition to make sure everyone gets a free ride “would mean less money to hire more professors and less money to expand room in the most important classes so that students can get what they need to graduate.”

Something else to keep in mind: there are limits to how much “free” college can actually afford. If the going rate is the first two, or even the first four, years, it’s not enough to really matter compared to what you’d have to be charged on the post-graduate end for the education to be worthwhile. So…

Whether Fixed Tuition or Other, Create a Plan

Fixed tuition is a promising solution, but it may not be the best solution. At least, it may not be as effective as you first creating a plan and then going after the resources to make it a reality. In other words, you can do better. It just may take a little bit of extra work and engineering on your part to get there. Have you considered a fixed tuition plan? Share your thoughts in the comments section below.