GED Social Studies: What Should You Study To Prepare? 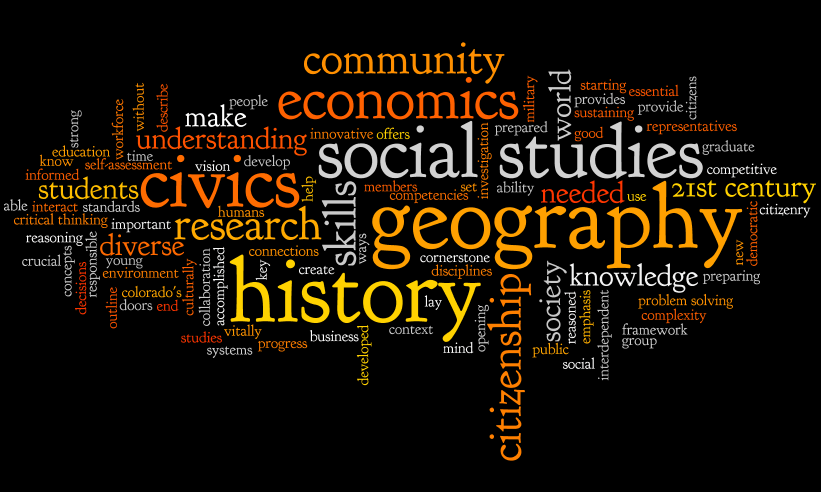 GED Social Studies: On January 1, a new version of the GED test was unveiled, and one of the many portions in which students have to prove proficiency is social studies. But what exactly does that mean? What deserves your attention, and what do you not have to worry about? According to testing materials publisher REA, the test focuses 50 percent on civics and government, 20 percent on US History, 15 percent on economics, and 15 percent on geography. Considering the test is around 50 questions, that means you can expect 25 questions concerning civics and government, 10 questions re: US History, seven questions apiece between economics and geography, and a written response that could pertain to any of these topics.

You’ll have about 90 minutes to complete the exam. Here are some areas where you might want to give special focus, but keep in mind that this is only a sampling. To get a better idea, we recommend you take our abbreviated exam. Also, consider taking a warm-up course and many practice tests doing your best to recreate the environment you will experience on test day. With that said, let’s get started.

As the second most commonly recurring type of content on the GED test, US History is deserving of your attention. Since the world you’ll be going out in to is the United States, it’s important to know as much about it as possible. The GED exam will test not just your knowledge on the happenings and significance of past events, it will also check your ability to interpret the past and “connect the dots,” so to speak.

The Electoral College is the system the United States uses for selecting a President. It’s not as simple as, “whoever gets the most votes wins.” For example, in 2000, Democratic candidate Al Gore won the most votes overall, but it was President George W. Bush, who won the right combination of states. Bush secured the 270 electoral votes needed by winning more states overall and enough bigger states to push him past his opponent.

Each state is allotted a set number of votes based on population. Typically, when the popular vote of the state breaks in favor of a candidate, the electors will submit all votes to said candidate, though they are not bound to. In the case of the Bush victory, all electors voted in line with the popular vote in their respective states, but since the electoral votes of each state are rigid and unchanging in spite of growth in population, the added support didn’t grant Gore additional weight at the polls.

Understanding how the Electoral College works is a gateway to understanding the way the US system of government works.

How do these groups check and balance each other? Well, the country’s laws are created by Congress (legislative), enforced by the President and police (executive), and interpreted by the courts system (judicial). If laws were never made, they could never be enforced and interpreted. If they were not enforced, what would be the point in having the laws to begin with? And if there wasn’t a branch to interpret the law, it would be up to Congress and/or the President to determine what happened to criminals. Furthermore, the people would have no way to petition for their rights if there were ever an abuse of power by one of the other two branches of government.

All three of these specialty branches work together to ensure a fair structure for society to exist without one branch becoming too powerful.

Since civics and government are such an important part of the exam, it is advisable that you spend a lot of time learning the intricacies of how the US operates as a republic. But don’t confine your understanding strictly to this country either. You’ll also want to study:

With the Internet, many of the lines — both physical and philosophical — that have divided us over the years are starting to blur, and will become only more indiscernible over time. For the GED test to be truly “updated” for a new generation of learners, it will need to reflect this in some way. That’s why you can’t afford to gloss over the different types of government and, in particular, how these types function in the world-at-large.

There are four basic forms of economic structure, and it will behoove you to learn about each as you move forward on the exam. The US system is capitalism, or “free-market economy.” In this form of government, businesses are free to be as successful (or not) as possible. Also, the last few years you may have heard many accusations of socialism getting tossed back and forth from right to left.

Socialism is a system of government in which the government owns many large industries and provides education, health, and welfare services. The most notable recent place where you may have heard this term is in reference to the Affordable Care Act (aka Obamacare).

It may seem like a trivial mention, but there really is good reason why we bring up some of the real world examples mentioned above. To perform well on the GED, it’s not enough to merely know definitions. The test wants you to understand what these things are. That’s why we highly recommend brushing up on your current events. Use the ‘Net for guidance on things like the news, and you’ll see in a hurry how the past ties in to our present (and future) as well as how the different forms of government interact with each other to make up the world dynamics of today. As you move forward with the new version of the GED exam next month, target these areas as well as geography and economics. And stay tuned to 4tests.com for more practice questions in the future.