Influencers: How They Do It, And What Graduates Can Learn From Them 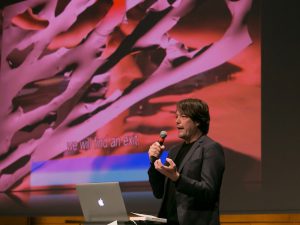 Influencers exist in a variety of different realms, from manufacturing to the fine arts. The path to becoming an influencer is not clearly defined by niche, but most share one thing in common. They put in the time to become experts at whatever it is that they do.

If you are a student or graduate, then you should know that “putting in the time” is a continual thing. You never learn all there is to know about something whether you just graduated with a four-year or have received a doctorate.

So influencers are always learning. But beyond that, what are some lessons that you, the recent graduate and committed continual learner, can take from them? Here are ten.

Unfortunately, there is no one single location where you can go to collect all of the world’s data. As convenient as technology has made life, it hasn’t managed to pull that one off. Oh sure, there is “the Internet,” but the Internet is a place consisting of billions of different websites. Hardly what we would call a streamlined portal.

While you can find tons of collected information on the web that is pertinent to your area of expertise, you have to a) know where to look, and b) know how to look, and those are two things you will only pick up if intimately knowledgeable of your niche.

Graduates must realize that the web, while packed with information, does not have every piece of knowledge relevant to their future. Libraries are still relevant as is personal experimentation. In all things, ask yourself what data is trying to tell you about your career field and job.

2. Engage with an audience.

Careers are not created in one-man or one-woman silos. They require relationships, or, in the influencers’ world, an audience. As a graduate, you need to have an audience-building mindset. How do you do that?

We’ll go into it in more detail a little further, but the key is to do things that people want to know about. This can be done on your own or as part of a group. There are advantages to both, but it’s not an either-or thing. You should be doing both.

Once you have something worth saying, you will have the confidence necessary to put yourself out there in meet up groups, on LinkedIn, and in other settings where you are most likely to come into contact with the people that will be interested in you — either as an influencer or a job candidate.

Collaboration is helpful in simple professions, but key in the more advanced world of work the 21st Century has brought upon us. Take manufacturing, for example. At one time, this profession was the bluest of the blue collar. People had decent-paying union jobs and spectacular benefits just for doing the same mundane action day-in and day-out.

Then, machines happened. Suddenly, a plant could amp up its productivity, resulting in more efficiencies per employee. The only problem is that all of those employees that once had jobs were no longer necessary, and they were not skilled to do anything else without significant retraining.

The retraining part is where collaboration kicks in. By having fewer jobs to contend for in the sector, manufacturing workers had to go back to school and learn more advanced skills. That required building out a new network of teachers, employers, co-workers, and colleagues, in order to reinvent their livelihoods. Manufacturing no longer thrives on the one-trick pony employee but on the individual who can see the goal of the company and how all parts fit together to support the whole.

And that’s just one example of collaboration’s importance.

Some influencers are better at this than others, but they all understand the importance of broadcasting their message and getting it to the right people. As a graduate, you have to talk about your accomplishments and make sure the right people hear about them.

Attend job fairs, send in applications — good stuff — but don’t neglect the importance of good old-fashioned outreach to decision-makers for the companies and the industries with which you want to work. And make sure you invest in yourself whenever you can by attending relevant conferences and seminars.

Learn where the important ones are, and get in front of people. One conference per year can be enough to get you noticed and taken seriously in your industry. It shows a level of commitment that resonates.

Remember that the world is a smaller place these days. How many times have you heard about someone famous tweeting something a few years ago that came back to haunt them because they found a new opportunity that is in contrast to those prior views.

When you are inconsistent, you set yourself up to be called out later. That doesn’t mean you are outlawed from changing your mind, but it does mean you should be principled and have a darn good reason for the change whenever something occurs.

Graduates, it is never too early to get your consistency act together. Examine your past posts on social media as well as your current and previous relationships. Be open and available to fence-mending, or at least amending outdated views in a thoughtful manner.

Influencers live and die by their content strategies, and while “content strategies” invokes thoughts of publishing, it also is a concept that applies to graduates who are putting themselves out into the world for the first time.

Some choose social media as a means of doing this, but we would contest that you should start a blog to showcase your talents, personality, and competencies. Your potential employers will be googling you anyway, so having a website that comes up and shows them you are a deep thinker about your (future) profession is a great way to make a solid first impression even before the interview.

Just take great care with whatever you put out. It is okay to write in a conversational tone, but you don’t want typos and misspellings, and with all the tools now available to help with editing chores, you have no excuse for putting out something that makes you seem illiterate.

If writing is not your thing, fret not. Find a way to showcase your talents through video or a podcast. Give potential employers a chance to get to know you, and it will leave an impression that may end up landing you a job.

Because we know you’re already on there, it’s time to talk about social media strategy. As you get ready to put yourself out there in a professional sense, it is time to go back over your past social media posts and figure out if what is there is representative of the type of profile you want employers to see.

Drinking with friends, obscenities, unprofessional dress — you will want to start pulling down all of that stuff immediately. You can play the “my social media is for me, it’s my right” card all you want, but that isn’t going to make people hire you. You have the right to be you, and they have the right to hire someone who gets it.

When devising an online strategy for potential employers to see, graduates should take a lesson from influencers. Most have a presence on the major channels, but they only use one or two with any degree of regularity. Any more than that, and you could give the impression that all you do is play on social media every day.

While an account on more than one or two is a good idea just to make sure you are available everywhere, being minimalist on all but one is a good strategy. Once you’ve bought in to a platform, use it wisely, not as a place where you air your personal grievances (unless, of course, you are working in a politically-focused industry).

Tony Robbins has people walk on hot coals (and has done it himself). That’s not us telling you to go do something stupid that could potentially injure you. For Tony’s message — self-improvement — it works. But if you are into accounting, it will leave anyone searching for you scratching their heads. You don’t want that to be their first reaction to what you’re hoping to accomplish.

The bottom line is that you should do things and have unique experiences that are worth sharing with the people who may one day be offering you a job. As the old song says, give them something to talk about.

Influencers are rarely generalists. Most successful people — be they Steve Jobs or Elon Musk or Mark Zuckerberg (okay, more and more that’s a bad example) — are really good at one particular thing, and that’s how they got to where they are today.

If you choose your major wisely, there always will be opportunities to build on the research of others and carve new pathways for yourself. Just remember the old saying that it is better to go an inch wide and a mile deep than to be a Jack of all trades and a master of none.

In other words, the more that you specialize in a trade, the more successful you are likely to be.

As you graduate from college and head out into the job force, be mindful of the influencers in your field, and start to emulate what they are doing while always being open to adding some tricks of your own. Who are some of your favorite influencers, and what have you learned from them?