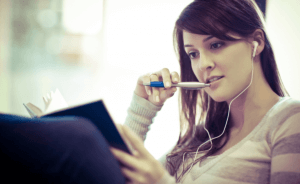 Millennials are frequently targeted by older generations as being too lazy and entitled. While older generations have been criticizing their younger compatriots for years, it really does seem like a greater number of generations are “ganging up” on this particular group. The problem is one that has caught the attention of numerous analysts, and as the problems of the generation pile up — unemployment, massive student loan debt — critics are pointing to new studies like this one from Robert Guest of The Economist as “proof” that millennials deserve every bit of criticism they get.

Apparently Guest found that while millennials are indeed the best educated and wealthiest of all generations, they are also suffering from problems that do not seem to be plaguing older generations as badly. Guest notes that the world of today tends to favor the “already employed,” which creates an issue for graduates leaving college with a 4-year degree and at least $30,000 in student debt they have to start paying back right away. (Tough to do with no paycheck.)

The reality is that Guest’s study can hardly be looked at as an indictment of millennials because it highlights circumstances that are already sort of stacked against them from the get-go. So if this is true, why do so many older generations hate millennials? Here are a few probable reasons.

Firstly, they integrate technology into everything.

Millennials are the first generation unaware of what it’s like to do all of one’s phone-talking from a wired wall phone in the kitchen with a three-inch cord. They are introduced to smartphones and other technologies at a far earlier age than previous generations, and so those technologies play a much bigger role in their lives. Generations that grew up without the heavy influence of the internet and smartphone culture are apt to see this as something worthy of criticism, and the older the generation is, the more likely it frustrates them.

Of course, millennials are poised to be as heavily educated as they are in part because their technologies give them access to any and all information they could possibly want or need any time of the day. The fact they know more and know it so much sooner, is also a point likely to stoke the fires of jealousy in older generations.

Also, older generations often criticize millennials for using their phones to record every aspect of life instead of just slowing down to enjoy the moment. They do not understand how millennials can possibly be living their lives if all they’re ever doing is documenting what is currently happening.

Secondly, they are more open to outside cultures.

There is a lot of fear in older generations because things are changing at such a rapid pace than they did when they were growing up. The internet has turned the workforce into a global one where the office and time clock are all but unnecessary. Movies and television shows can be streamed instantly from any device. The computers that used to cost an arm and a leg and sit proudly on older generations’ desktops are now shrunk down, portable, and a heck of a lot more powerful than anything they’ve ever seen.

All this has made cultural saturation easier to embrace, and millennials have embraced it wholeheartedly with the idea that we’re not so different from people in other parts of the world. This is hard for older generations to fathom as many grew up in the midst of the Cold War, where our culture was unique.

Many millennials embrace other cultures now because those cultures do more closely resemble what we have in the U.S. Residually, that also brings outside influences into America, and many older citizens are uncomfortable with this — a fear that is sometimes reasonable and sometimes not.

The free flow of information has challenged the religious teachings of past generations. As a result, more millennials are questioning the religious do’s and don’ts they were brought up with, and they’re putting more faith in science than they do an Almighty Creator. This is a particularly contentious sticking point since religion is still very important to most older generations.

People who are believers often look at their beliefs as literal and secure, so when they are made to feel like those beliefs are fairy tales, they tend to dig in their heels and grow more and more defensive. With the millennials, rejection of religious ideals is higher than it’s ever been and that is taken as an affront to multiple generations from baby boomers to Generation X.

Entrepreneurship is not the easiest path to follow in life. Until you “make it,” you’ve got loved ones — usually older loved ones — telling you to give up your dreams and go get a “real job.” Meanwhile they encourage you to incur tens of thousands (sometimes hundreds of thousands) of dollars in debt to get a degree that likely won’t do much to get you a job that pays a livable wage.

It’s not unusual to feel pressured into entrepreneurship because you have no other choice. Companies are outsourcing jobs instead of bringing on staff, and that’s not going to help you make the payments on your student loans.

Older generations, who grew up with union and manufacturing jobs, may have difficulty understanding your predicament since they did life a different way. Because of that disconnect, they think you’re lazy or entitled when you’re really just trying to generate income that pays better than minimum wage.

Do millennials have work to do if they hope to dig their way out of some of the dilemmas now facing them? Sure they do. Every generation has challenges. But it’s equally important to understand that not all of the challenges are of your own making. Sometimes you inherit a mess, and you’ve got to do all you can to make the most of it from where you are. That’s not unique to millennials either. Every generation has had to clean up after the generation before it while forging their own path. The more understanding people are of that, the easier it will be for everyone to get along.