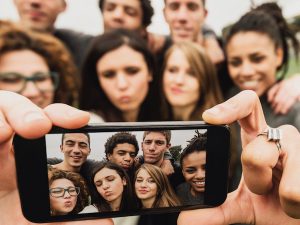 Millennials certainly have a different worldview than the Generation Xers and Baby Boomers, who came before them.

Whether that’s good or bad will largely depend on if you consider yourself a millennial or not, but research company Qualtrics and venture firm Accel recently set out to provide the needed nuance for understanding why younger and older generations see the world as differently as they do.

The two companies partnered to survey more than 8,000 Millennials, Gen Xers and Boomers in an effort to better understand differences between Republican and Democratic Millennials and their beliefs regarding what they deserve from government.

The study, which is part of a broader index about intergenerational attitudes on a range of today¹s most pressing issues, found only 38 percent of Millennials say being American is “extremely important,” which is a much smaller percentage compared to 47 percent of Gen Xers and 62 percent of Baby Boomers.

Other key findings about Millennials:

The full study will be released on Monday, April 10, and closely follows a couple of previous studies into Millennial behaviors.

A popular time for Millennial studies

On April 5, the National Center for Family and Marriage Research at Bowling Green State University released a study finding that when comparing 25- to 34-year-olds in 1980 with the same age group today, “fewer millennials are married, live away from their parents, have children of their own, or own their own houses than the baby boomers of the same age group the year Ronald Reagan was elected president,” Breitbart reports, implying that the group is generally delaying adulthood more than their predecessors.

When aligned with the Qualtrics/Accel finding that 61 percent are living at home due to large amounts of student debt, this decision could be borne more out of financial hardship than psyche.

Another recent study concerning the Millennial generation have found that West Virginia is the worst state for Millennials while North Dakota is the best. The study from WalletHub examined each state and the District of Columbia across 24 key metrics, ranging from share of Millennials to Millennial unemployment rate to Millennial voter-turnout rate. It is available in full at this link.

[Featured Image by The Odyssey Online]