Netflix: 9 Values Students Can Learn From The Streaming Giant 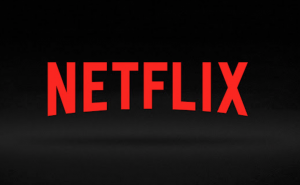 Netflix is as much a part of the average student’s life as food, shelter, and breathing. The streaming giant has been an innovator in how we consume video content, and it has redefined the power structure of Hollywood and elevated the television series art form over motion pictures. It’s hard to look at Netflix’s success story and not see lessons that you can learn, values that you can borrow, to achieve your own success as a student. Let’s look at some, shall we?

1. When approaching people for references or potential employers, it is best to get specific.

Before Netflix, you would go to a video store to rent movies, and while there, you would browse a limited number of categories: action, children’s and family, comedy, drama, horror and sci-fi, suspense/thriller. That was pretty much it.

But Netflix was able to drill much deeper than the traditional model and come up with some pretty detailed subcategories: movies with a strong female lead, movies adapted from books, sex comedies, and the list goes on. By mining the data and coming up with these different categories, the company was able to get to the heart of what their customers really went in for. In so doing, it was able to offer more relevant content to keep people watching (and subscribing). That, in turn, attracted top talent.

What’s the lesson in this if you are a student about to enter the job market? Well, there is one, and it really isn’t too much of a stretch. Before you randomly blast your resumes and applications to anyone with a hiring shingle out, you need to get ultra-specific about what it is that you are hoping to accomplish, and the value that you hope to bring. Rather than waiting for the job posting, identify someone in an organization who has a specific need. Pitch that person with a query that is designed to emphasize your skill set, and make it a personal pitch. That will put you ahead of 90 percent of the applicants you are competing against.

2. Netflix didn’t get where it is by binge-watching its favorite shows.

Binge-watching used to not be a thing. Then, Netflix began acquiring the rights to stream popular and long-forgotten television series so you could watch one after the other after the other. While some would say being able to buy whole series on DVD originated the practice, changing out discs gave you a stopping point, or a reasonable place where you could pry yourself away from a television show after two or three episodes (four or five for half-hour comedies).

But when Netflix got into the Instant game, they made all that content available on an endless loop where the next episode would start a few seconds after the previous. Suddenly, you could plow through all of Breaking Bad in two weeks. Next, the company began releasing its own original programming, and instead of giving us one episode at a time, they just released whole seasons of episodes at the same time, further exacerbating the practice.

Obviously, binge-watching has led to many a wasted Saturday afternoon, but from a business standpoint, it only highlights the innovation that Netflix brought to the table when it shifted its focus from DVDs by mail to Instant streaming. In other words, Netflix wasn’t lazy. It just found a smarter way to work.

Similarly, you need to be looking for ways that you can “work smarter, not harder.” That may require some more hard work upfront until you can get a system in place, but once you get there, you will be able to free up time the way that Netflix was able to free itself from archaic viewing options.

3. Netflix looked ahead, even at the expense of losing in the short term.

Who remembers a few years ago when Netflix made the seemingly disastrous decision to break off their Instant streaming service from their DVD by mail service? Their stock took a tumble to $15 per share, everyone was calling CEO Reed Hastings an idiot, and thousands upon thousands of commenters were threatening to cancel their subscriptions and never come back.

Today, Netflix is a billion-dollar business with a healthier bottom line and more industry power than it ever had before. That’s because, as a company, it was able to take a short-term hit on an unpopular decision that turned out to be the right move.

As a student, and later an employee or business professional, you need to be willing to make those unpopular decisions if they are right for you in the long term. That may mean going to med school and racking up student loan debt in exchange for a six- or seven-figure career as a doctor later on. You will give up some things and experience some pain, but it will create exponential benefits down the road. You just have to trust in the decision-making process and see it through.

4. Netflix made uniqueness a priority.

When Netflix first began, it was about streaming old movies and old television shows that other companies owned. You could spend all day perusing blockbuster movies or popular television series, but there was no Ozark or Orange Is The New Black or Daredevil or The Punisher. Netflix realized that it was only a matter of time before the studios that made these films and television series could just go direct to the consumer themselves.

They knew that once the business model had been proven (by Netflix), the cash cow would be slaughtered and the only way to survive would be to focus on original programming. So Netflix started taking a good portion of its revenue and investing in the development of original content. It bought the rights to books and cut deals to do original shows on established properties. It also gave opportunities to talented creators who wanted to escape the studio or network systems.

It was a bold move that paid off, and today much of the streaming service’s content is original. Netflix only made the shift, though, because they started trusting in their own unique qualities instead of other companies. Similarly, you will reach a point in your college or post-college life where you have to trust in what it is that makes you uniquely you. It’s the only way to find true success.

5. Netflix understands that not every idea will work.

Speaking of Netflix and its original content: the company understood that not every idea it tried would work out, but that did not stop it from going there. For every Orange Is the New Black, there is a canceled series like Bloodline. In order to find the diamonds in the rough, though, it had to spend more than $1 billion in the development of original programming.

Now you don’t have to have $1 billion to succeed. Few of us ever will. But you do have to have the willingness to apply all of your different resources into a variety of interests. You should go further down the rabbit hole on things that succeed and learn to quickly let go of the ones that don’t.

Netflix’s willingness to “waste” resources on a variety of efforts has led it to finding the few properties that continue to make it profitable. Lesson for you: keep trying with the expectation that you will lose in life more than you succeed. (From a quantity standpoint.) Luckily, you only need one real victory to build a happy life around.

6. Netflix knows when to pivot.

One of the most successful shows in the Netflix library we haven’t mentioned yet, and that’s for a good reason — because it fits best in their ability to pivot.

House of Cards was much-watch political drama with the renowned (at the time) Kevin Spacey in the lead. At least it was until a few months ago when news broke that Spacey had allegedly attempted to sexually assault a 14-year-old boy who would later grow up to be a series regular on Star Trek Discovery.

One of Netflix’s biggest stars on its biggest show pretty much created career suicide with that incident and a variety of others that have since been reported. The impact was a surefire show-killer, too … except that it wasn’t.

House of Cards will return for a final season, and Spacey will not be a part of it.

While there are many more things to discuss about this incident — with greater importance — one thing that stands out for the purpose of this post is how quickly and effectively Netflix was able to pivot from a negative and turn it into a positive for its bottom line as well as the men and women working on House of Cards who had given so much of their careers to the series.

Extending the House of Cards example, Netflix did the right thing, and they acted quickly.

Kudos to Netflix for showing that it had character and values. As a result, its audience likely will be there, popcorn-in-hand, ready to binge-watch the final season when it finally drops.

Lesson for students: don’t sacrifice your values for a short-term gain. Stick to principles, and it will pay off even if it isn’t in the way that you would expect initially.

One of the big ways that Netflix managed to grow into the huge company it has become is that it extended its service to international markets.

Sensing that the world was entering into a global economy, the company realized that diversity of programming and reach wasn’t just a nice idea, but a means of survival.

And try as some might to bring back nationalism, a borderless society is inevitable. You need to be expanding your horizons at every turn, so you can compete on a global scale.

9. Netflix values the past.

Even as Netflix moves away from licensed programming and into their own original creations, the company continues to show a healthy respect for the past, investing in continuations of top shows from yesteryear such as Full House and Arrested Development.

The company has demonstrated its knack for forward-thinking from the time it mailed its first DVD, but it has never forgotten that history is a valuable asset.

Students should adopt that mindset when working or living around older generations. They also should value the successes and the failures in their own pasts for determining the best courses of action for the future.

So there you have it, students. Netflix has a lot more to offer than just chill time. What are some of lessons that we may have forgotten about that you have learned from the streaming giant? Sound off in the comments section below.