Political Polarization, And How It Hurts You As A Student 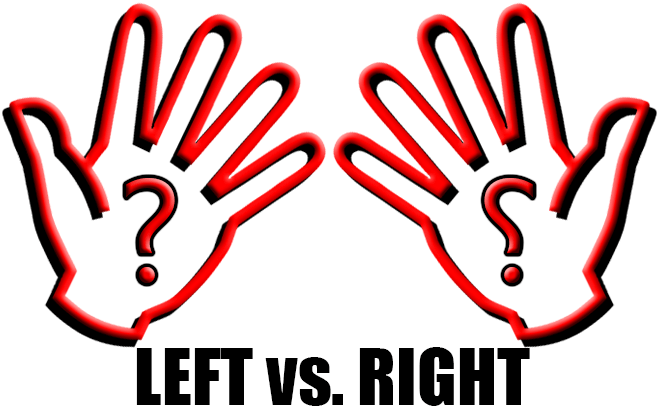 Political polarization is more relevant in today’s world than it has ever been. The Right and the Left are at ideological war with one another, and that doesn’t seem to be changing any time soon, unless you and I start being the change that we’d like to see. Want someone to respect your view? Have the respect to show that you’re listening. Still don’t agree? That’s fine. Consider yourself fortunate that you were able to hear a new viewpoint and that you live somewhere where that sort of thing is allowed without fear or threat of violence.

Unfortunately, that isn’t what happens in Washington, and to be honest, they’re both wrong, and it’s a recipe that could utterly destroy the foundations of our education system. Why is that? Let’s look at the reasons.

Firstly, you don’t go to school to have your beliefs affirmed.

When you do go to school, ideally you’re there to learn. And learning happens when there is a struggle between your world view and another world view that may not be as familiar to you. Say that you take a math class and learn that two times two equals four. This is the first time that you’ve been introduced to multiplication in your entire life. But you know that two times two equals four because you’ve learned how to add numbers. Similarly, it’s difficult to learn division without first knowing addition, subtraction, and multiplication. But by building a foundation in the other areas, you’re able to take this new concept and master it.

In the same way, it’s difficult to ever progress in your maturity, beliefs, and understanding if all you’re ever doing is immersing yourself with the life experiences of others who are just like you. In other words, you’ll never learn how to divide numbers if all you ever do is sit around adding them. Even though we know this principle of education rings true, we still shut each other out of our lives if they disagree with us or present justification for some world view with which we don’t agree. We develop a rigid, “No, I’m right, you’re wrong, and that’s the end of it” attitude, and as a result, nothing ever gets done.

It happens on both sides of the political aisle. It happens at school. It happens on Facebook. And surprisingly, this decidedly non-progressive behavior is more often exhibited by those who consider themselves “progressive” politically, according to a recent study from the Pew Research Center.

Pew, one of the most respected non-partisan research centers in the country, conducted a study of more than 2,200 individuals. According to the findings, those who identified as “liberal” instead of “conservative” were 75 percent more likely to unfriend someone on Facebook or other social media outlets because of an opposing political view.

If it’s true that Republicans are freezing out the President and refusing to work with him on things, then this study presents the counterpoint to show that the problem exists on both sides of the aisle. And again, it isn’t conducive to learning. So if you really want your education to be worth anything, don’t shut out criticism. Don’t simply hang around those who think the same way that you do. And don’t get defensive if someone else presents an idea that is foreign to what you believe. Engage them and try to have a thoughtful conversation before moving along.

Secondly, assuming you’re always right sets you up for failure.

No one goes in to school and refuses to listen to anything their teacher has to say because they’ve already “got it figured out.” At least, no one does that and expects to be successful. Ideally, you choose areas of study that capture your attention and then work toward mastery of it. Part of doing that is welcoming instruction or the possibility that the teacher might say something that clicks and helps you go from C+ to A or A+ and eventually work your way into a successful career.

(If that isn’t why you’re going to college, then why ARE you going?)

When you take the opposite approach — nope, not listening, I don’t like this guy and what he has to say — you stay stuck in a world view that could one day be proven wrong. Royally wrong as with the Civil Rights movement of the 1960s. Many during that time continued to bang the drum for segregation and treating black people as second-class citizens. While racism still exists today, people who hold the same views as the segregationists of the 1960s know better than to speak up because that world view has been proven wrong and immoral.

Whenever you shut out opposing viewpoints and do things “just because that’s the way I believe,” you’re setting yourself up for that kind of failure. Political polarization encourages this type of behavior, and it’s something the Left and Right do to one another every single day. It retards personal growth, and your willingness to grow as a person and mature in your way of thinking is what separates you from the animals.

There is far too much political polarization in today’s society. Far too much Us vs. Them. If you don’t want your education to suffer from it, then you’ll start noticing when and where it affects you in your daily life, and you will actively fight against it. Your ability to argue civilly, see other viewpoints even if you don’t agree with them, and keep your cool, will all go a long way in helping you both in the classroom and the job force. While politics can be a touchy subject, it’s far too important not to address. Your views are your views. No one can make you change them. But when you can challenge those views and experience growth or affirmation as a result, you’ll be an ever stronger person ready to make the most of your run in this thing called Life. Good luck!