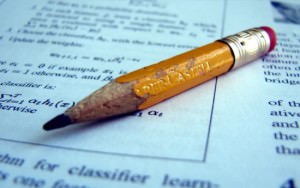 The GED may have competition in the form of HiSET and TASC, but for now and the foreseeable future, it’s the biggest test there is for determining whether one is ready for life beyond high school. That’s why we’ve put together a quick list of the top 10 GED study tips that you need to excel and move on to the next exciting chapter of your life. Let’s get started!

Fighters and generals never go into their battles without an understanding of what they’re up against. Similarly, you should know the enemy (GED) before tangling with him. That means familiarizing yourself with the content of the test — the subtests, the amount of time allotted for each section, the testing environment, the types of questions asked, and the style in which they’re asked, are all great starting points. If you didn’t have one shred of knowledge and were starting from scratch, you would still get a lot of mileage out of this step because it shows you how to direct your next efforts.

A study plan would involve answering questions like this: What are the best places to study? When am I at my best? What day is the test? What day is today? How many days/weeks/months do I have before I’ll need to take the test? What are my strong areas? What things am I iffy on? What leaves me clueless? By answering all of these questions one at a time, you’ll have a clearer picture of what you know, what you don’t, and how much time you have to learn it. You’ll also know where to study in order to get optimum results.

Practice tests aren’t sexy, but they will allow you to simulate the environment of the actual test better than any other study technique you can incorporate. By sticking to all the time limits and exclusions that the test itself will impose on you, you won’t feel as nervous on test day when it’s time to perform.

4. Read every passage before trying to answer a question.

You can’t pass a GED test being a bad reader. If words give you trouble, then it’s going to be a long day at the office, so to speak. Fluent readers are able to breeze through a passage in five or six minutes and emerge with a strong ability to answer every question that follows, or to at least know where they need to go back to in the passage in order to find the right answer. If a section has 10 questions, and you’re spending two or three minutes trying to locate answers, you’re going to end up spending a lot more time than if you read the passage in five or six minutes and answered those 10 questions in a minute or less.

On the essay portions especially, test-takers have a tendency to forget proofreading. If you’re running out of time, that’s one thing. But if you’re sitting there twiddling your thumbs after the essay is finished, then you’re asking for trouble. Essays always come out stronger if you leave time to check your work at the end. While you’re at it, make sure you’re checking work on multiple choice questions as well.

6. Don’t spend too long on a question.

If a question has you stumped, leave it blank and come back to it when you’ve reached the end of the test section. When taking a test, it’s important not to let one question stall your momentum. You’ll do much better answering what you do know and then coming back to agonize over the blanks at the end than if you blow 20 minutes on a single toughie. I’ve even gone so far as to reach the end of the test and recalculate the time I have left. “Okay, I have 10 minutes to go and two questions that are blank. That means you can focus five minutes on each question.” If I answered the first one in three, then the second one got an additional seven minutes of focus time. The mindset and feeling that I was in control of the time helped me not to get too panicky on any one test question.

Similarly to reading, math and science work largely in concepts. If you don’t know the concept behind multiplication, for instance, then you’re going to have a whale of a time calculating 891×21 without a calculator. But if you start with the concept and test it on simple problems like 20×11, then you’ll have a much easier time when things get more and more difficult.

Maybe this sounds counterproductive, but it’s true. By spending less time writing and more time prepping your essay, you’ll have a much better essay with a stronger overall score. That’s because essays require sound reasoning and judgment. That’s hard to do when you’re just shooting from the hip. If you have a well-planned essay, the words will flow much more smoothly when it comes time to write, and you’ll probably even have some proofreading time at the end, though you won’t need as much of it.

GED study classes are widely available in areas where the test is given — most of the 50 states in the U.S. By having some guided help from a professional, you’re likely to feel stronger peace of mind when it comes to tackling the test on your own. A class may not be able to do anything more for you than what you can do on your own, but it can help you get over some of the mental barriers more quickly.

Who has the money to hire a tutor, you may be asking. Well, I agree that a tutor can be expensive, but this is your education we’re talking about here. Your ability to earn a living in a world that is increasingly competitive hangs in the balance. It’s worth the investment, and if you get creative, it doesn’t have to be as expensive as you’re probably thinking. For starters, think about all the non-essential things in your life. What do you spend money on? Which products and services are so important that you need them to stay alive? (This will be a pretty short list.) For anything that isn’t essential, cut it — it’s only temporary — and consider spending that money on a personal tutor. Also, if you have a special skill, like the ability to do handiwork, work on yards, etc., then you may be able to trade your services “in-kind” to a willing tutor.

If you’re ready to start studying for your GED test, why not start here at 4Tests with our free version? Click here to get going on that, and if you have any specific areas you’re struggling with on your GED prep, let us know in the comments section. Good luck!