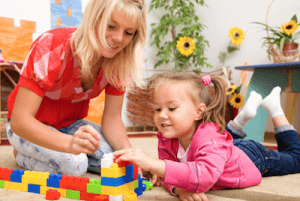 Education has long been a priority for politicians, both to the credit and detriment of the system. It seems like every election cycle, there is some kind of big new idea to improve or expand or change the system. This week in our education roundup, education changes take center stage. From the possible coming of universal government childcare to the frustration of Kansas teachers, to how much more difficult school used to be, we’re taking a look at the ever-changing landscape.

The Affordable Care Act (ACA) was largely considered a success for Democrats when it was passed in 2010. Five years later, it still is to a certain degree, though large rate hike requests from insurers and a public that, for the most part, disapproves, might call that into question. Undeterred, the next big thing on progressive agendas is universal child care, and the idea behind it is to scale back corporate inversions for funding while providing a universally affordable option to lower income families, so parents won’t feel so pressed to stay out of the workforce.

Jonathan Chait writes: “In addition to its emerging status as party doctrine, early childhood education solves several of Hillary Clinton’s messaging problems at once. Affordable child care as a social issue appeals to the working poor all the way through to the upper middle class. It lends policy heft to her status as potentially the first female president in American history. And it would undergird a forward-looking economic program, simultaneously attacking the problem of stagnant opportunity for working parents and their children.

“It took 65 years from the time Harry Truman proposed universal health care for Obama to sign a law actualizing his vision. Universal child care may not happen in the next presidential administration, which will begin with the same implacable Republican Congress that makes Obama’s proposal dead on arrival. But it will eventually happen, and probably in less time.”

Not everyone is for it, particularly Utah Republican Senator Mike Lee, who feels that there are better options without getting the federal government involved in another aspect of people’s lives. “At the state and local level, even more innovative solutions are already working. In my home state of Utah, for instance, United Way of Salt Lake has partnered with two private financial institutions, Goldman Sachs and J. B. Pritzker, to provide first-rate early-education programs to thousands of Utah children. And they’ve done it without any interference from the federal government,” said Lee.

“They call it a ‘pay for success’ loan. With no upfront cost or risk to the taxpayers, private capital is invested in the Utah High Quality Preschool Program, which is implemented and overseen by United Way. If, as expected, the preschool program results in increased school readiness and improved academic performance, the state of Utah repays the private investors using the public funds it would have spent on remedial services for the children between kindergarten and the twelfth grade had they not participated in the program. Washington policymakers should look at Utah’s pay-for-success initiatives — and other local success stories like them — not simply as potential federal programs, but as a testament to the power of community-level problem-solving. It is precisely this kind of innovation and experimentation that would be crowded out if Washington were allowed to set up a federal monopoly in the pre-K and child-care sphere.”

2. Teacher Retention Down in Kansas

It’s hard being a teacher. The pay is often poor for the amount of hours put in to the job, and when that is shrunken even further by massive budget cuts (even while increasing expectations), well, one can only take so much. The Atlantic detailed a teacher exodus going on in public schools across Kansas.

Particularly tough for the state’s education system at this time are funding shortfalls, which “forced a half-dozen districts to shorten their academic calendars,” the news site reports. As a result “teacher jobs are being advertised on billboards.” Also, “Las Vegas, home to the nation’s fifth-largest school district, is undergoing a particularly brutal struggle to recruit, and keep, enough new teachers for the upcoming academic year. … And it doesn’t take much to find stories of teacher shortages in Arizona and Indiana, among many others.”

3. ‘Dumbing Down’ of Education

A complaint that you often hear on both the left and the right regarding the education system is how far we’ve fallen when compared to the rest of the world. While the U.S. still has plenty of things going for it, I will admit that the following test from 1912 was a doozie, and I couldn’t imagine many kids today having to make sense out of it. But then again, the 1912-ers wouldn’t know the first thing about technology, so it’s a tradeoff based on cultural changes. Still … whew! This comes courtesy of the Natural Blaze.

Click that last link for the full thing. In the meantime, here are some sample questions from the eighth grade exam:

You’ll find some of the answers here.