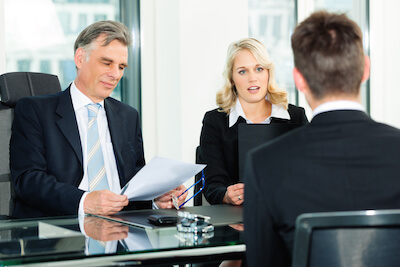 From the moment that you get an interview with a company, you may not realize it but you are being tested. Many managers, in fact, put you through a litany of tests that aren’t quite like the kinds you study for here at 4Tests, but they’re just as important. In fact, it’s been said that Henry Ford, the great auto manufacturer, started the practice with the “salt test.”

Ford would allegedly take someone out to dinner once he thought they were a good candidate. From there, he would watch to see if they salted their dinner without first trying it in its natural state. If they did, then he wouldn’t hire them, the story goes.

Someone recently asked the managers of reddit if they had similar job tests that they try out during the interview process. Here’s what they said.

1. “My dad does what he calls the ‘airplane test,’ in which he thinks, ‘If I were on a 5 hour flight across the country, would I want to sit next to this person?’ It’s not as much a physical test as it is an evaluation of the applicant’s personality.”

2. “If someone is late to an interview, I will ask them straight out, ‘why were you late?’ If the answer is anything that could have been avoided by, you know, leaving early or looking up the direction before hand, I end the interview. Cars breakdown, stuff happens, but late because you were stuck in traffic. Nope. I’m not going to waste my time on someone who can’t plan ahead for a job interview.”

3. “I ask how they felt about their last boss. If they tell me how much of an idiot he/she was, going on and on… I’m done considering them, I’ll just wind up being the next idiot.”

4. “When I interview people to be managers at my store, I take them out to a restaurant where I know the servers. I excuse myself to the bathroom and have a friend go over and refill their waters. If they don’t tell the server thank you — they don’t get a job working for me. What I need are people who know how to show gratitude to people who are ‘less than them’ when I’m not around.”

5. “When I used to hire computer techs I would always have them troubleshoot a system that wasn’t turning on. The issue was that I set the power supply to the 240v position. If it took more than 15 minutes and they still hadn’t figured it out they were not getting the job.”

6. “I am hiring for a sales position — at some point during the interview I will ask them to tell me a joke out of the blue and judge their reaction. It proves they can think on their feet. Also, it cracks me up because I can see in the interviewee’s eyes that their troll brain is only coming up with wildly inappropriate jokes and they start to sweat — always happens.”

7. “I was managing tech support reps and would ask them to provide me with shoe-tying tech support. Without looking at me, they would have to talk me through tying my shoe. If they could explain it step by step and I ended up with a tied shoe, they would invariably be patient with less tech-savvy customers and able to break complicated concepts into their component parts.”

8. “My favorite thing is telling them, ‘Today I just want you to watch me and learn.’ After a half hour to an hour I will start leaving opportunities to (blatantly) help me out. If a guy sits back without at least asking if I need help. He is a waste of space. If someone comes in and watches and tries to jump in at all, even if they are wrong, It’s a pretty good bet he/she will continue to improve themselves everyday. I program and run cnc machines, for a saw dept. I don’t hire people only H.R. does that, but the company expects me to tell them in 3 days time if someone will work out or not.”

9. “I’m a firm believer that you had better dress up when you come to an interview. If you don’t look like you gave your appearance some effort before you came to an interview with me, you better be prepared to wow me with your personality and skills (in that order). First impressions are equally as important as your ability to BS your way through an interview. About two months ago, I had a candidate show up for an architect level developer position (salary range: $90,000 – $110,000) wearing a pair of tattered pants and an old faded dress shirt that looked like he found it laying on the side of the road (yes, it had grease stains). He was not able to recover from that, and the interview only lasted 15 minutes.”

10. “In my mid-teens I went to a job interview for a position working a street-based ice cream stand. When I arrived the owner apologized and said he didn’t have any more open positions.

“I thanked him for his time and went to leave, but as I was walking out he said ‘Hey, you know, I’ll give you 10 quid if you walk my dog.’ Since I had nothing else to do I said sure, why not, and took his dog for a walk.

“When I got back with the dog the owner said he’d thought about it and he could probably use me if only part time at first, and offered me a position which turned in to a full time one very quickly. It was all cash under the table, so it paid pretty well.

“I was a dumb teen at the time and had no idea, but in later years I figured it out. That was the interview. He was looking for someone willing to work for the money, not just show up to work to get paid.”

Job tests are just further proof that testing never ends, even out in the “real world.” That’s why it’s important to take tests seriously today. Not only do they prepare you for the knowledge part of whatever you’re studying, they see how you perform in pressure situations. Good luck wherever you’re at in your professional development.