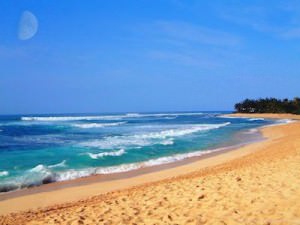 During the summertime habits can form that are most unhealthy for back-to-school adjustments. No one can blame you for cutting loose a bit. You’ve had assignments and lectures and early mornings for 180 days. Time to let loose a little bit! However, the danger in doing this is that it can be hard to get back on track once you’re off it. That’s why you need to take the present time to break these 10 summertime habits.

One: Communicating more through a smartphone than face-to-face.

Yes, we know, the current generation does a lot of its planning and communication via smartphone. That’s a fact of life, and we’re right there with you when it comes to loving the conveniences that these shiny devices bring to our lives. However, too much of it can impede your ordinary communication abilities, as in face-to-face, and that’s not good for back-to-school, nor is it good for personal relationships and setting your best foot forward on the job hunt. There’s still a lot to be said for doing things the old-fashioned way. Embrace it every chance you get. There will be plenty of time to check your phone when actual people aren’t around. We suggest setting a strict one-hour time period for use each day. The rest of the time, get out there and live life.

Why do schools start class at 8am? It’s a dumb thing to do, considering teenagers do much better with a little extra sleep. Still, that’s the way most schools do it, and by sleeping in right up until the last day of summer, you’re making the return to school that much more difficult. We recommend getting up at normal school times for the last week before school restarts. Mentally prepare yourself, and it won’t feel like you’re giving up as much when day one arrives.

Mind and body share an undeniable link to one another. The more you exercise, the better you feel, and the better you feel, the better you perform on mental tasks. These correlations have been proven time and time again. But if you aren’t part of a sports program, the chances are pretty bleak that you’re taking the extra time off to work out. If you are, that’s great. Keep doing it! If not, get motivated. A sluggish body leads to a sluggish mind.

Reading is a wonderful pastime for sharpening your mental acumen. And during the summer, you can read whatever you want without any assignments getting in the way! Take advantage of this by setting a number of books that you want to read during the summer. The limit will vary by reading speed, but we recommend shooting for at least five books — fiction or non-fiction, your choice.

Five: Staying up too late, night after night.

As an extension of sleeping in, we recommend that you regulate your daily routines with plenty of time to form a positive habit before school starts. If you’re used to staying up until 2am during the summertime, curb that habit before day one of school. If you don’t, you’ll regret it later.

Six: Substance abuse or binge drinking at parties (or wherever).

We strongly urge you to stay away from alcohol or drugs of any kind, especially illegal ones. But if you do partake, seek help, especially if you have an addictive personality. We understand that drugs and alcohol find their way in to summertime activities, particularly weekend blowouts, but aside from being life-threatening, they can also impair your judgment and mental ability during a time when you need to be working toward your future.

Seven: Spending too much on things that don’t matter.

When the summer is in full swing, and you’re tired of sitting around the house all day, it’s common to get an itchy wallet. Summer days at the mall with friends can be a huge influence in spending your cash; but try to budget yourself and be moderate about the way you throw money around. This is especially true for college students, who have a bit more power over where their earnings go.

Eight: Not anticipating your academic obligations when the school year begins.

Do you have a huge exam (like the ACT or PRAXIS) to take in October? That’s not a lot of time to prep when you also have to deal with classroom obligations. Using your free time to get a jump on studies can place you in a better situation to succeed once test day arrives.

Nine: Watching too much TV or too many web videos.

TV isn’t as much of a problem for the millennial generation; however, web videos can be brutal time killers because it’s so easy to say, “Well, this video is just three minutes long, I’ll watch it and then get busy.” In a strange, six-degrees-of-Kevin Bacon kind of way, short videos can add up. Watching just one can lead to seeing something else of interest that leads to another and another. Before long, you’ve spent a few hours in front of the computer or staring down at your phone.

If you really want to beat procrastination, don’t put it off until the school year arrives and that first big paper is due. Establish good productivity patterns now by planning three worthwhile things you can accomplish each day. Take some time the night before or in the morning when you wake up, and prioritize what your most important tasks are. Then, work toward reaching those goals.

Summertime habits, in moderation, can be little to worry about. But if you let the time get away from you during the day, then soon it can happen for a whole week, and from there, you’re a hop, skip, and jump from wasting your entire break on things that don’t matter. Try not to go all in with the laziness thing. Instead, treat the summer like it’s a time where you can do the things that you never have time for throughout the school year.