10 Tips for Taking Back Your Online Identity 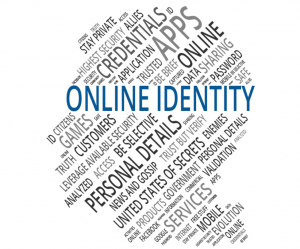 Your online identity can be compromised in a number of ways. While speaking on the topic of how, the conversation often turns toward identity theft. But most of you probably won’t experience that intrusion, or if you do, it will be extremely rare and easily fixable.

Meanwhile, your online identity is being exploited in other ways that aren’t quite as easy to deal with. We’re talking about social media.

Social networking platforms have made billions of dollars by turning you and us into their core content developers. They exploit our posts, our comments, and our reactions in a way that makes them money while offering virtually nothing in return. (Nothing you can’t do for yourself anyway.)

Thankfully, it appears that we’re becoming aware of it as a society, and we’re starting to do something about it. If you are ready to take back your online identity, here are some ways that you can get started.

The Online Identity Reclamation Project, Tip No. 1. Create your own webspace.

What makes social networks so successful is the numbers game. They have managed to convince billions of people across the globe to go all-in with their platforms under the guise that each user will be connecting with others, sharing with friends, growing their networks, and expanding their horizons.

Reality tells a different story, though. Most people scroll endlessly. They click likes or retweet buttons instead of interacting in any meaningful way. They’ve never met the vast majority of their friends list. In many cases, they have “friends” they don’t even remember connecting with, or they’re “following” things that grabbed their interest once but never again.

This is a watered-down version of connectivity, and it’s easy to lose yourself in the drink. Part of the reason that we get sucked down this rabbit hole is that we spend more time seeing what other people are saying and less time creating something valuable on our own. A way to buck this trend is to post on your own website.

While far fewer people will follow you, the ones who do will be organic and, more importantly, valuable. Launching your own site can take you off the vapid social media life support system and help you find meaning in your interactions again.

2. Determine how you’re going to use it.

Before your webspace becomes valuable, you’ll need to determine how you’re going to use it. If it’s just a random place to share what’s happening in your life, that’s okay. Just be prepared for a much smaller audience than you “have” on social media. (Air quotes because, seriously, how valuable are all of those connections anyway?)

If you decide that you’d like to use your webspace for a specific purpose as opposed to an online diary, then you’ll really be in a better position to get value out of it because you’ll be contributing deeper and more thoughtful content to an area of passionate interest.

In either capacity, the people who follow you will follow you because of YOU and not simply because they saw one thing they liked once on social media. That type of connection will take you a lot further in life than the 5,000-or-so “friends” you have on Facebook.

3. Eliminate apps from your phone.

Social media was able to grow so rapidly in part due to the convenience of using it. It’s no accident this “took off” at the same time the smartphone did. Apps made it extremely easy to pop on and pop off, as well as waste an hour or two of downtime on the endless scrolling that comes with the territory.

By eliminating the apps from your phone, you tear down one of those automatic connectors and make it just a little harder to log on. When you have to physically type the site into your web browser or go to a laptop/desktop to check it, you start to question whether the visit is truly worth it.

More often than not, the answer will be, “No, it isn’t.” At the same time, if the answer is yes, then you at least know you’re going over there with a purpose. And while we think it’s cool if you’re able to drop the use of social media altogether, we’ll also acknowledge there are some legitimate activities that go on there which can be beneficial.

Think: using it to expand your business, or coordinate with study groups and other special interests.

Most people tell themselves the big lie that they have to be on Facebook for this, or they need to use Twitter for that. But here’s the thing. Whatever the specific interest that exists on Facebook and Twitter, we can guarantee you there are online communities separate and apart from these networks, and those communities are filled with many more deep thinkers than you are likely to find on the broader channels.

The next time you decide you’re going to use Facebook or any other social network because of a group that exists on said platform, do yourself a favor. Search the web instead and find online communities in those areas of interest that congregate elsewhere. Join those communities or browse those websites instead. By cutting out the middle man, you’ll be able to immerse yourself in more of what you enjoy about the Internet and less of the cancer that social networks have turned it into.

5. Do a hard sweep of your friends’ lists.

Before dropping your social networks and going all-in on your own webspace, you may want to do a little outreach. Go through each and every person on your friends or followers lists, and send them a message.

Tell them you’re breaking free from social media. That you’ve enjoyed being connected to them and would like to remain so. Share the URL of your blog or website with them, and tell them how much you would appreciate them staying in touch.

Unless you don’t want to stay in touch. If that’s the case, the hard sweep also is useful because it can help you know who to cut out of your digital life.

Another of the joys of quitting or cutting back on social media is that you can make more time for hobbies and real-world meet ups. When yours truly ditched his personal Facebook account a few years ago, it became easier to reconnect with fun, useful activities like brushing up on that second language or honing artwork skills.

What are the hobbies that you’ve lost touch with or that you’ve always wanted to pursue? Use your time away to make more room for those. And try to find meet up groups that are in your area. Groups that are into the same kinds of things you’re involved with.

Not only will you bring more of what you love into your life, you’ll also make more meaningful friendships along the way!

Make yourself a deal. If you can survive two weeks with the account completely deactivated and not go crazy, then delete it altogether. By doing the two-week trial period, you’ll see just how meaningless that particular network is to your overall existence, and by the time the two weeks is up, you’ll have an easy time deleting it.

At the same time, the deactivation period provides a safety net in case you really do need the network for a specific function. But by forcing yourself to go the two weeks, you’ll be able to establish good habits for using the platform moving forward, and any use that you do get involved in is likely to be constructive.

8. Dive deeper into a topic you know a lot about.

Most Americans spend around two hours per day on social media. Think of how much they could hone their expertise in an area they already know a lot about if they could break free from that tether and redirect the time spent drilling deeper into those pursuits. Even half that social media time could turn a lot of smart people into experts.

If you feel like you get enough exposure to a certain topic throughout the day, then you could instead use those two extra hours freed up from social media to explore something you’ve always wanted to know.

This has benefits beyond simply making you smarter. It also can expand your horizons and make you a more marketable professional. In an age where demands for job skills are becoming more advanced, being able to add another arrow to your quiver will set you apart from the competition.

10. Change how you think about the internet.

If you really want to own your online identity, it’s time to start thinking about the Internet again in the manner in which it was originally intended. Cal Newport calls it the difference between social media and the social internet. Newport says the social internet “describes the internet’s ability to enable connection, learning, and expression,” while social media “describes the attempt of a small number of large companies to monetize these capabilities inside walled-garden, monopoly platforms.”

“My argument is that you can embrace the social internet without having to become a ‘gadget’ inside the algorithmic attention economy machinations of the social media conglomerates. … I think this is the right answer for those who are fed up with the dehumanizing aspects of social media, but are reluctant to give up altogether on the potential of the internet to bring people together. The key follow up question, of course, is how to fruitfully engage with the social internet outside the convenient confines of social media.”

How will you do it? Take time to really consider this question in the days and weeks ahead, and make sure you check out the rest of Cal’s blog here.

As you reevaluate your online identity and how it is being used and taken advantage of by social media companies, take time to carve out some space for yourself. In doing so, you’ll be able to get to the heart of why and how the Internet can be a transformative and truly valuable tool. Reclaiming your own online identity will in turn reclaim the value of the Internet to be more than just a mindless scroll of political arguments and cat photos.