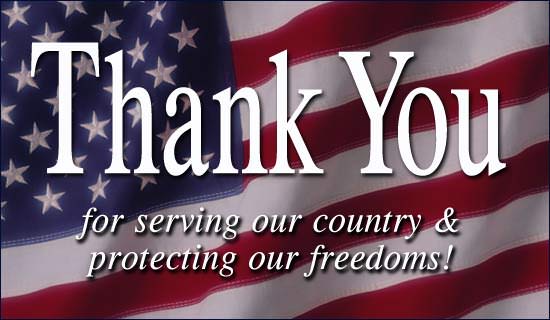 America’s heroes often wear military uniforms. And every Veterans Day, it is a good idea to stop and remember these men and women, who gave so much of themselves to their country. There are many lessons in the lives of the people listed below, but what can you learn from them as a student? We’d like to take a look at that now. Let’s get started.

1. “A primary object should be the education of our youth in the science of government. In a republic, what species of knowledge can be equally important? And what duty more pressing than communicating it to those who are to be the future guardians of the liberties of the country?”

Washington, America’s first president and often called the “father of our country,” saw education as an important inheritance for the youth of the nation particularly as it involved government. The next time you find yourself wondering why you get up every day and go to school, remember the words of Ol’ George!

2. “A man who has never gone to school may steal from a freight car; but if he has a university education, he may steal the whole railroad.”

3. “He came out of the mountains of Tennessee with an education equal to that of a child of eight or nine years of age, with no experience in the world beyond the primitive, wholesome life of his mountain community, with but little knowledge of the lives and customs, the ambitions and struggles of men who lived over the summit of the Blue Ridge and beyond the foot-hills of the Cumberlands.

“But he was wise enough to know there were many things he did not know. He was brave enough to frankly admit them. When placed in a situation that was new to him, he would try quietly to think his way out of it; and through inheritance and training he thought calmly. He had the mental power to stand at ease under any condition and await sufficient developments to justify him to speak or act. Even German bullets could not hurry nor disconcert him.

“He was keenly observant of all that went on around him in the training-camp. Few sounds or motions escaped him, though it was in a seemingly stoic mien that he contemplated the things that were new to him. In the presence of those whose knowledge or training he recognized as superior to his own he calmly waited for them to act, and so accurate were his observations that the officers of his regiment looked upon him as one by nature a soldier, and they said of him that he ‘always seemed instinctively to know the right thing to do.'”

— Sam K. Cowan of Corporal “Sergeant” Alvin York, from the book Sergeant York and His People

The life of Alvin York was a remarkable one, especially given his conscientious objector status prior to the War. Even though he wasn’t formally educated, his remarkable skills and instincts prove that the ability to learn is within us all, no matter what our backgrounds may be.

4. “If everyone is thinking alike, then somebody isn’t thinking.”

You have to use your own brain or you will never accomplish anything for yourself, in other words.

5. “Don’t join the book burners. Do not think you are going to conceal thoughts by concealing evidence that they ever existed.”

Eisenhower touches on the ability for education and ideas to change the world. You can’t shut them out wherever there is the human will.

6. “I can stand in a crystal stream without another human around me and cast all day long, and if I never catch a single fish, I can come home and still feel like I had a wonderful time. It’s the being there that’s important.”

Boy is this something our test-obsessed culture needs to hear! By instilling a love of learning, we’ll get more fulfillment and more results than constantly making education about data and results.

Says so much with so little. It’s how smaller armies can beat the odds.

8. “My education here at Pitt helped build the emotional armor I needed.

“Don’t ever forget that your education here — your triumphs and your setbacks — will have done the same for you. It has done more than made you smarter; it has made you stronger.  It’s made you ready. Ready to face the challenges and opportunities that await you. Your education has made you ready to be an active contributor building better lives … a mission Pitt has been doing for 225 years.”

Your education is preparing you to become the man or woman you’re supposed to be. Take that charge seriously and prove yourself every day you have the opportunity.

— James “Jimmy” Stewart (It’s A Wonderful Life, The Shop Around the Corner)

Stewart found his greatest successes in the areas where he had fun. Just because education is serious business, that doesn’t mean you have to be stodgy about it.

10. “Aviation is proof that given, the will, we have the capacity to achieve the impossible.”

And mankind continues to achieve great things that take us far beyond our past accomplishments into an exciting new future. That can only be done, however, with what we give to our learning process.

Kyle had a lot of colorful quotes, but this is our favorite because it reminds us that you have to trust yourself and act at some point. All the book learning in the world will not prepare you for going out into the world and trusting your instincts and intuition. That comes from being in touch with yourself at a hyper-level.