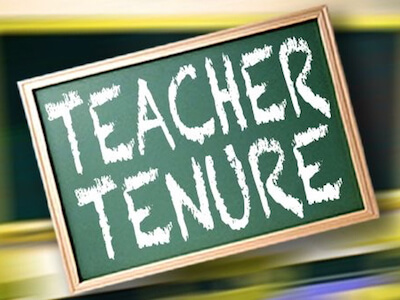 “It’s nearly impossible to fire a bad teacher. Some tech millionaires may have found a way to change that.”

It was the statement that kicked up a firestorm on the Internet with teachers lashing out at the perception that bad teaching is the problem with education in the United States.

As Donna Brazile writes in a commentary for CNN:

“The cover is a slap in the face to every teacher who has dedicated his or her life to bettering the lives of children. Right now, we should be lifting up and championing educators. The last thing we should be doing is discouraging or dampening the enthusiasm of a new generation.

“Worse, the Time story gives sloppy credence to the well-funded, well-orchestrated attacks from a small cadre of wealthy business interests, many of whom have never even set foot in a classroom. These attacks on public education, educators and neighborhood schools have unfortunately become the norm. It’s gone too far. Enough is enough.”

To back up her rebuttal, Brazile points out that surveys have shown the American people to be happy with public education teachers and that when it comes to problems in school, “40% cite a lack of parental involvement/support,” while another 29% “name inadequate funding and resources for public schools” and “18% peg it on the effects of poverty, hardships and problems kids bring to school.”

“Only a mere 3% uttered the words “bad teachers” — including 4% of Republicans and 3% of conservatives. The truth is that voters support their teachers, who are the furthest thing from ‘rotten apples.'”

While Brazile touts the record of her own party a bit much and the piece becomes overly partisan — after all, Democrats were equally responsible for passing No Child Left Behind (NCLB), the disastrous federal policy that tried (and failed) to bring special education children to the same level of understanding as advanced AP students by a set deadline. Critics hit NCLB — and rightfully so — for creating a world where all kids were the same and mediocrity was the reward of the day.

In other words, fault very much lies with both parties and with parents and all the other things that Brazile mentions. And that brings us to her point — that teacher tenure is in place to protect good teachers from being fire without just cause, not to protect the jobs of bad teachers.

Here’s why on this point, Brazile is correct.

1. Teacher tenure is hard to achieve.

More teachers are being let go for arbitrary reasons before they can ever qualify to reach teacher tenure. This happens because colleges and universities are always looking for ways to cut costs and maximize funding. Unfortunately, few consider the fact that better teachers would look better for the school itself. By incentivizing the act of teaching, administrations could draw more qualified individuals to the profession instead of constantly having people who wash out after a couple of years. And since teacher tenure is very hard to achieve and takes a number of years before one can even be up for consideration, most of the bad ones wash out long before they’re ever eligible.

2. It’s not just bad teachers who ditch the profession.

The idea that someone quits teaching because they “couldn’t cut it” is faulty logic. I’ve known a lot of teachers who washed out after a run of seven or eight good years where they achieved the highest accolades, received board certification, and pumped out students who achieved the highest of standardized test scores. You can’t say these people were “unqualified” or that they “couldn’t cut it” or that they “didn’t have what it took” to make it. That’s not why they left. They left because the deck is so monumentally stacked against teachers at this point that it makes more sense to go into the private sector where they’ll make more money, be respected, and have a better quality of life.

3. Teacher tenure shows students that teachers are to be respected and revered.

So many teachers wash out because they can’t deal with the discipline problems and they’re not getting the support they need at the administrative level to be effective. Teachers know that they can be fired on a whim, and unfortunately, students know this, too. Therefore, the rotten apples feel a little bolder and a little more eager to make that happen. You cannot keep good people when they are so disrespected. Teaching just isn’t a profession that can compete well enough with other professions to treat their professionals that way and expect them to stay.

4. Schools that have to award teacher tenure based on a set standard would be reminded that the quality of education starts in a classroom.

As Brazile points out, so many people today are making education decisions despite having never stepped foot in the classroom. This creates flippant, self-serving, and corrupt administrations while adding pressure to teachers within the district until they’ve finally had enough and look for other jobs. If regulators were to sit school districts down and say, “Look, you have to have a teacher tenure policy,” then this would emphasize to administrators that they are being watched and that the value of an education is only as good as the people who are teaching it.

5. More teacher tenure allowances would enable schools to work as a team and it would foster effective mentoring for young teachers.

Young teachers are often turned loose in a new school and they’ve got to figure things out the hard way. If teacher tenure was better emphasized in schools, it would be easier to transition these professionals from the desk to the podium. It would also allow the school as a whole to respond better to educational directives and implement long-term strategies for how best to reach students who are struggling to excel.

If technology moguls are trying to end teacher tenure as the cover of Time suggests, they would be doing a great disservice to the education system of this country. But that’s just our take. Do you think teacher tenure is good or bad to the quality of education, and what limits would you impose on it? Share your thoughts in our comments section.