13 Academic Writing Mistakes That Can Derail Any Essay 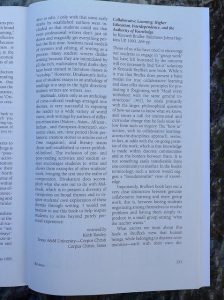 Academic writing often gets tagged with being boring, wordy, and downright monotonous to read. When you think about it, you probably envision huge walls of text littered with four- and five-syllable words. Well, that can be the case but it shouldn’t be, especially when it comes to your own work.

We’ve taken some time to comb over the academic essays that literally made us fall asleep in the middle of them. Here are some of the worst mistakes we noticed along the way. (Don’t worry, we’re not going to make you read any of them.) Let’s begin!

We’ve already made some mention of it in the introduction, but it definitely deserves its own point. Far too often, students trying to write academic essays think they’re going to blow people away by tossing in random large words when the simpler variety will do. Some of the examples that you can find from our friends at PlainLanguage.gov:

A good rule of thumb to use is this. If there is a good one- or two-syllable word that means the same thing, it would likely work better in place of the longer word. As those simpler examples pop into your head — either in drafting or proofreading mode — take advantage of them.

2. Not Including Your Thesis in the Intro

Sometimes students can feel intimidated by word counts or preset lengths. The fear is they won’t have enough supporting information to meet the essay requirements. So they use the introduction as a tool to boost word counts without really adding anything to the thrust of the assignment.

Including your thesis in the intro is a good idea because it forces you to get to the point early. It also tricks your brain into putting most of the focus on where it should be — illustrating the points that will support your thesis.

3. Failing to Transition Between Paragraphs

The University of Alabama in Huntsville has a terrific piece on how to effectively use transitions between paragraphs. Definitely follow the link and give the entire thing a read, but in the meantime, here’s a good example they use:

Better Transition:
Paragraph A: One of the main rhetorical strategies employed by Malcom X is logos (logic). . . .
[paragraph about logos]
Paragraph B: In addition to using logos as a rhetorical strategy, Malcolm X also employs pathos (emotion) to persuade his audience; in fact, there are more examples of pathos in the article than logos. . . . [paragraph about pathos]

In the poor transition example, it feels like the writer is trying to rush through his points instead of trying to find a clever yet subtle way to correct the two. This is corrected in the second example by using the phrase, “In addition to using logos as a rhetorical strategy….” The phrase indicates ever so slightly that the next point will tie into the last.

When you fail to provide an illustration for your main idea, you sound like you’re simply shouting opinions to anyone who will listen. Examples respect the audience’s intelligence because it’s like you’re saying, “Don’t take my word for it. Examine it for yourself.”

Therefore, your academic writing will need a little bit more “meat on the bones,” so to speak, than saying, “The 9/11 tragedy was the worst in the history of the United States.” You would need reasons to “prove” that point, and considering fewer died that day than in Civil War battles like Antietam and Gettysburg, it’s not something you could do from the number-of-dead alone.

Perhaps you could make some points about how it was the worst because it was the beginning of the end for American unity and the introduction of domestic terror as a daily reality of civilian life. Even then, you’ll need some examples of that to strengthen your point. (Don’t worry, social media should have you covered.)

5. Straying from the Point

Straying from the point happens due to a lack of focus on the part of the writer. It can also happen deliberately when you feel like you don’t have enough gas in the tank to meet length requirements. The way around this is to put more time into the research up front so you can clearly articulate your ideas during the actual writing time.

Say you have 45 minutes to write a simple essay response of 500 words. If you spend the first 20 of that doing the research, you’ll probably be finished with time to spare compared to if you just started writing without thinking it through. Doing the latter will almost always result in the desire to give into tangents. Don’t let it happen to you.

We get it. You get into the flow of pumping your ideas out there. You don’t want to slow down. Why? Because you’re afraid that it’ll break the flow and make you lose your train of thought. While that may be great for the content of your academic writing, it’s poor for the reader. That’s because they’ll feel stuck in a breathless array of run-on sentences.

It’s okay to let your thoughts flow and your fingers go. But do make time to go back and tighten up every sentence. Look for words like “and” or “but” as well as compound and complex-compound sentences. These almost always can be fixed or shortened by ending the sentence after the first insubordinate phrase and starting a new sentence.

7. Cramming in Too Much

Facts and figures are terrific for illustrating your point or giving readers something they may not have known about your subject. Do use them. But don’t flog a dead horse.

Too many facts and figures attached to the same point within your writing can start to feel like “piling on.” One good data point per supporting idea is a good rule of thumb to follow.

8. Treating Format As an Afterthought

Academic writing format often turns into the aforementioned huge wall of text. Just like you should break up compound sentences and compound-complex sentences, consider ending each paragraph after 3-5 sentences. It will create more “white space” so your reader doesn’t zone out to what you actually have to say.

A cliché here or there isn’t a bad thing, but when you go crazy with them, it’s going to make for an unpleasant read. And there’s usually a better way of saying something instead of “going back to the well” with the “same old-same old.”

That said, clichés can be used to great effect if you swerve people with an unexpected comparison within a familiar setup. Playing with clichés, in other words.

10. Failing to Proof for Typos

We recommend using a failsafe program like Grammarly to check your work after running it through your word processing program’s built-in Spell Checker. It also doesn’t hurt to read the entire essay back from the end to the beginning, one sentence at a time. This will ensure that you pay more attention to what’s actually on the page instead of getting caught in the flow.

11. Lifting Someone Else’s Thoughts and Ideas

There are two forms of plagiarism in this world — direct and indirect — and they can both be done either intentionally or unintentionally. Here are some examples.

The scary part about all of these examples: they can result in failing grades, ding your reputation, and even lead to the end of careers.

In blog posts like this one, it’s great to refer directly to the reader. That’s because this particular post was made to help you become better at avoiding academic writing mistakes. But in the actual academic writing itself, you should keep things more formal. Stay focused on the thesis and your supporting ideas. Use third-person language — i.e., he, she — instead of second-person (you) or first-person (I, me, my, we).

One horrible habit of students unfamiliar with academic writing is the tendency to break the fourth wall. Breaking the fourth wall in television or movies is when the character steps out of the narrative to explain something to you, the viewer, as if you and he exist on the same plane of reality.

While it can work in some entertainment, it often takes you out of the narrative and reminds you that what you’re watching is not real. It isn’t used that often because the goal of movies and television is to get you to suspend your disbelief long enough to get lost in the story.

Academic writing is the same way. The reader should be more into what your thesis and its supporting points are. They don’t need a reminder from you that they are reading an essay. So, avoid phrases like, “in my essay” or “in this essay.”

Academic Writing Skills Are Important Because…

Academic writing deepens a person’s understanding of the many facets to written language. It also helps you understand the nuances of context. You may not want to read it or even do it that much, but the ability to do it and do it well speaks volumes about you as a person. It shows that you can wear many different hats and know there is an appropriate response for a variety of situations. Learning how to perform academic writing better will improve your communication skills and prepare you for the job market.