Study Smarter: How to Make Sure You Do It 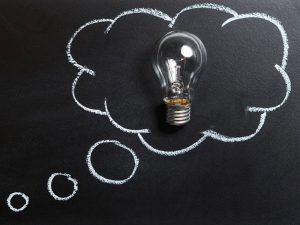 Study smarter, not harder, is a concept that you have probably heard in some form or another (perhaps work instead of study). It makes a lot of sense if your goal is to have any kind of enjoyable life.

It operates on the idea that longer work does not necessarily produce better work. In fact, diminishing returns are inevitable at a certain point. That’s why most systems of productivity and commerce are designed around a five-day workweek.

But how do you apply this principle when it comes to studying? What are the tangibles you should watch for that prove what you’re doing is actually working?

While “good grades” might seem like an obvious answer here, it’s really not. That’s because you can game the system and get a good grade but leave the class not really knowing what the heck you’re talking about.

An “A” might look great on a transcript, but it won’t do anyone favors if you find yourself operating on a patient. True understanding is what you should be after. Here’s how you can get it.

It may seem simple, but it’s not something you can gloss over. You have to believe a couple of things before you find a way to study smarter and not harder. The first thing: that you’re capable of learning the material. The second: that there is a way to do so that connects to your personal learning style.

You have to make things approachable before you can hope to achieve mastery in them. If you’re a visual learner, find a primer that teaches you in that manner. YouTube and other video streaming platforms have been a godsend in that regard. Dynamic and interesting visuals help you acclimate yourself to the most difficult of topics. Use them whenever you can. But also respect the fact that you may march to the tune of your own drummer.

If poring over materials in textbooks does the trick, use that method instead. Don’t tell yourself you have to do it a certain way or the same way that everyone else is learning.

2. Get Prepped Mentally and Physically

Your mental and physical states are so important when approaching new material. How you go about starting your study session will influence its effectiveness. If you stay in your pajamas all day, you’ll be more prone to distraction and probably won’t venture into an environment more conducive to studying. More on that in a moment.

A good course of action when prepping is to take a shower, get dressed, fix your hair, and generally be ready to go out in public on a moment’s notice, even if you aim to study at the house, apartment, or dorm room all day. The act of “putting yourself together,” so to speak, will help your mind get into a state where it’s easier to focus and internalize information.

3. Organize Yourself and the Work Thus Far

After you’ve handled the mental and physical preparation, it’s time to think about organization. What materials will you need to study smarter and not harder? Suggestions: your textbook, class notes, old tests with the corrected answers on them. Don’t forget about writing materials either.

That’s easy to do considering you can do pretty much everything with your smartphone. However, losing that pen-to-paper connection can really do a disservice to your ability to connect with information. It’s okay to harness digital study tools, but leave a little room for analog while you’re at it.

4. Learn What Matters and Focus Most of Your Time on It

Your teachers and study materials are the most obvious resources. Beyond this, learn to judge between dependent and independent material. Take math, for example. If you don’t know how to use addition effectively, then you might get 1+2 and 2+3 right, but what happens when you get to more advanced problems such as 12,324+15,299,999?

Learning the answers to 1+2 and 2+3 is easy through rote memorization. But it doesn’t mean you know the principle. Always, always chase the principles and the rest will fall into place. Don’t “fool” yourself into thinking you know something when all you know are a few surface-level examples rather than the overall concept.

So much of anything in life is about showing up. This is particularly true for studying. If you force yourself to do it, then you will find it easier to get started and make progress. But forcing yourself to do something you really don’t want to do is difficult without discipline.

How do you develop discipline? Some tips:

Discipline isn’t always fun, but it does help you develop a framework of success no matter what you’re attempting to do.

Continuing the thought about just showing up that was established in the last section, persistence is key to achieving anything. How many times have you struggled with a concept before, one day, it just seemed like the clouds opened up and everything made sense? By continuing to put in the time, you’ll get there more often than not.

If that’s hard to believe, consider the core thrust of Malcolm Gladwell’s book Outliers in which it’s held that 10,000 hours of “deliberate practice” are needed to become accomplished in any field. Just showing up. Remember that.

Nothing is more overwhelming than looking at a vast body of material that you have to learn inside-out when there is one particular concept that is stopping your study efforts dead in their tracks. The best way to handle this feeling as well as the roadblocks that intensify them: break up all material into small chunks.

Just how small should said chunks be? However small they need to be for you to be able to grasp them. Learning really is a step-by-step process, and if you can’t internalize one key concept, then it’s difficult to move onto another that depends on it. So before you really get into things, take an overview of your objective and make a list of each individual unit that needs to be accomplished to achieve the whole.

In other words, you need to be able to take the broad view and figure out how it can apply in different situations. Sentence diagramming is a good example of this. While you may think it’s pointless while you’re doing it, it helps you learn the flexibility of language and the different parts of speech.

This “filtering” process enables you to do more and more within that particular framework. But it’s not just something that applies to the English language. It can also apply to physics, chemistry, algebra, social sciences, and virtually every other discipline in life.

So much of studying is about what you take in. How much of the content were you able to read before test day? Did you listen to the lectures? Did you record them for later? Have you memorized the periodic chart or the dates that are going to be on this particular exam?

You know how it is.

But to really internalize something and reach a higher level of understanding, you have to actually do something with the material. That means not just reading the material, but writing about what you’ve just read in hopes of bringing that understanding into your own mental sphere.

Being fearless means being willing to make mistakes. Most of the deepest learning occurs because of mistakes, so if you retreat at the possibility of failure, you’ll likely never achieve any real level of mastery.

Examples of being fearless when it comes to studying: work problems without relying on answer keys. Study on your own if your group has been carrying you. Watch a demonstration online and then try it on your own. It usually depends on the subject and the circumstances. The number one thing is to be open to new experiences and to bring that sort of fearlessness into your study sessions.

11. Create and Adopt Study Tools That Work for You

Some study tools are obvious. Paper, writing utensils, computer, Internet connection. Others are not so obvious because they involve the mind and your own personal learning style.

And while it’s great to use your best style when approaching information, be open to new ways of learning as well. This is great because it forces you out of your comfort zone and it’s when you get out of the said zone that true growth as a student and as a human being occurs.

Physical activity releases endorphins which have a positive effect on brain activity. That’s why your brain works best when you break up study sessions with a brisk walk or even a traipse to the kitchen for a glass of water. By laying off your brain’s pressure valve and getting the blood flowing throughout the body once more, you’re able to return to the material later with a renewed energy.

Don’t fall into the trap of thinking your three-hour study session has to be three hours of you with your nose in a book or pressed to a computer screen. Twenty minutes of studying with five to 10 minutes of walking produce more deep learning than two hours of forced study time.

A schedule is a schedule, and it must be stuck to with discipline. But ultimately, you still have the freedom to decide when the schedule works best. If you’re a night person, don’t force yourself to study at a more inconvenient time just because it’s earlier. Play to your strengths.

But One Last Thing: Drive to Study Smarter Doesn’t Disqualify You from Studying Harder

Returning to our original thesis, perhaps it’s not a good idea to advise one to “study smarter, not harder,” because it implies that studying should always be easier and fun, and if it’s not, you’re doing it wrong. The truth is, as your educational career progresses, you’re going to face workloads in which it’s necessary to study smarter but also study harder. Just ask any med student.

The key is to be open to new tricks and tactics that help you maximize the time you spend studying. But you still need to put in the time. Good luck as you work through the new semester!

[Featured Image by Pixabay, fair use]