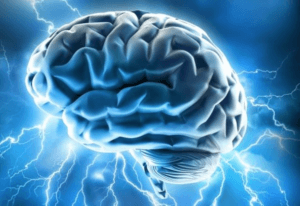 Memory boosting techniques are not just helpful when it comes to studying for that big test or getting a good grade; they’re essential! As with most skills, the problem in getting good at them isn’t in finding the one distinct way that works. It’s parsing through all of the available techniques to find what works best for you. In that spirit, we want you to read through each of the following and try to pull what resonates the most. If you can use them all, great! If only half, that’s okay, too. You can still get good grades or test scores whether you can do all of these or only one. What matters is that you’re doing things that get results. Let’s get started!

Reflecting on what it is you have learned is a simple enough way to commit things to memory, but it does require patience and focus as you work to dig things out of your brain and find relevance to each. One technique that really helps to build your reflection skills is meditation. The key to meditation is to shut out the world and become aware of your body and mind. I recommend sitting in a room by yourself, either in silence or while listening to calming ambient music (no lyrics). Set a timer and for the length of that timer, start at your feet and move upward to each part of the rest of your body. You don’t have to take any physical action with these body parts. Just think about them. Become aware of their weight. Their texture. Their size. As you start to focus on your outside, you’ll start focusing inward as well. From there, start trying to recall specifics about your subject matter or study materials.

As a former literacy teacher, I am a big believer in making connections. When getting students to become excited about reading, you have to help them see and feel how the material is relevant. This begins by helping them to recall things in their lives or the world or specific books/movies they enjoy that the text reminds them of. It’s much easier to tackle a book like All Quiet on the Western Front, for example, when you’ve seen a movie like Fury or Saving Private Ryan. There are three primary types of connections, and making all of them will help you remember things easier. They are: text-to-self, text-to-world, and text-to-text. Text-to-self connections are things in the material that remind one of personal experience. Text-to-world connections can be reminders of current events or “ripped from the headlines” news items. They can also be things specific to the reader’s hometown (though you might also call these text-to-self). Finally, text-to-text connections is when the material reminds you of something you’ve read or watched or listened to elsewhere.

They say that you can’t hammer a square peg into a round hole, but that isn’t always true. It may not be pretty, and there may be much easier ways of doing it, but it can be done with the right weight of hammer. Sometimes it helps to sit down and force yourself to recall what you know about a subject or testing material. You may end up surprising yourself with how much you can conjure up!

Sometimes you can convince yourself that you know more than you really do. Some call this “fluency.” You are still close enough to the material that you can rattle it off, but it hasn’t quite made the leap from your short-term memory to your long-term. Make sure that the knowledge you think you possess is really there by coming back to the material — either in meditation or a forced recall session long after the fluency period is over. Don’t wait for the exam to roll around before realizing that you don’t really know something you thought you did.

One of the easiest ways for developing your memory boosting techniques is to actually develop a genuine interest in the material that you are reviewing. Think about your favorite subject in school. How much easier is it to remember stuff in that class than it is your most hated? Once you know the answer to that, you can begin deconstructing to figure out WHY you like the subject so much. After the WHY, try to take that newfound knowledge over to the material that is giving you fits and finding a connection. You may not ever be able to go all-in to every subject, but you can find enough about a topic to make it easier to remember when necessary. For example, I cringed at the very thought of chemistry until Breaking Bad came along. (I love literature and storytelling.) Even though I have no plans to start my own meth business, the show touched on a lot of fascinating scientific principles that helped me to go further in my scientific knowledge than I ever had before.

Whether you’re a word or numbers person doesn’t matter. When you get visual with your memory boosting techniques, it becomes much easier to establish a lasting connection to whatever it is you have to learn. This is particularly true for math word problems. Just leaving them in their narrative form seldom works. You have to start pulling out specific images from the problem and positioning it in a way that makes sense in order to get the right answer. That old cliche “a picture is worth a 1,000 words” is cliche for a reason. It’s been proven true enough to justify the overuse!

There is nothing fun or sexy about sitting down with a blank sheet of paper or a blank word processing program in front of you and writing or typing out information over and over again, but it is effective, particularly with specific types of information (like remembering dates or spelling words, for example). Repetition takes specific information and helps the human brain to codify it in a way that it becomes sort of second nature. Use it to your advantage!

Say you have a lot of reading to do — and if you’re in college, you already know this is a daily thing — it can be hard to remember every single thing from the reading. To overcome this challenge, consider breaking down each paragraph into its simplest form. Summarize the meaning of each as well as you can. After doing this enough — hello, repetition! — your mind will start taking care of it for you, learning to simplify text from the very beginning.

9. Study During Your Prime Productive Hours.

Psychology Today advises that you study during the afternoon. “Though you may identify yourself as a ‘morning person’ or ‘evening person’ at least one study suggests your ability to memorize isn’t influenced as much by what time of day you perceive yourself to be most alert but by the time of day you actually study — afternoon appearing to be the best,” writes Dr. Alex Lickerman.

While the good doctor has a point here, don’t pigeonhole yourself into that one time if it doesn’t work for you. Observe yourself to determine when those prime hours really are, and take advantage of them however you can.

This is one that stressed students often take for granted. It can seem like you don’t have enough time for sleep, but the longer you go without it, the worse you will perform on tests, homework, and whatever specialty competition you may be a part of. Sleep is how the body grows, how it repairs itself, and how it recharges those mental batteries. Without it, it’s hard to be successful, and doing without can even be hazardous to your short- and long-term health.

Everything is more fun when it takes the form of a game. But fun aside, there is a reason that study after study cites the positive mental health benefits of playing video games. Any chance you get to game-ify your memory, you should take it. What would an example of this be? Carolyn Gregoire of Huffington Post has this to say.

“Brain-stimulating games like sudoku and crosswords can be useful. And there’s also Lumosity, a set of exercises for computer or phone that were created by a team of neuroscientists and improve the memory of 97 percent of users in only 10 hours of playing. Studies have yet to determine precisely how these games boost memory, but there’s good reason to believe that they are effective: A new study in people over age 60 found that playing a video game meant to train the brain boosted the subjects’ ability to multitask.”

The Baker-Baker Method refers to an experiment once performed where two groups were shown an image of a man. One group was told that his name was “Baker” while the other was told that he was “a baker.” The second group had an easier time remembering the word because when they were told he was “a baker,” they automatically started coming up with images and actions that a baker would do. They had, in essence, a heavier degree of visualization to help them remember the word than did the group, who simply thought it was the man’s name. Gregoire shares an example of this in action in the HuffPo piece, “using the story of Lance Armstrong to remember complex and detailed information about chemotherapy.”

Gregoire states this is how one writer was able to get through med school. “So when trying to remember details,” she writes, “try to create a ‘hook’ by connecting the information to a person or story — the strong association will ensure that you remember the information more clearly.”

Omega-3 fatty acids are often called memory boosting foods. These foods would include things like salmon, tuna, pumpkin seeds, oysters, walnuts, and brussel sprouts, among others. A 2012 Columbia University study had this to say on the subject [via HuffPo]: ”

The researchers found that the higher the consumption of the omega-3 fatty acids, the lower the beta-amyloid in the blood.

14. Pay Attention When It Matters.

At the end of the day, there is no easier way to memorize things with greater clarity than to put yourself in the position where you don’t have to rely on fancy tricks and techniques like the ones mentioned above. While all of them work to varying degrees, paying attention to the material as it’s being presented to you will give you more ability to recall than anything else. With recorders now built in to basically every single smartphone, students are running out of excuses for not paying attention. However, even a recording can’t offer the same experience of listening in person when you have both the audio and visual elements working in your favor at the same time.

Memory boosting techniques work because they engage the brain and the five senses. It’s up to you to figure out which methods work for you, though. Do you have any you would like to share? Sound off in the comments section below!