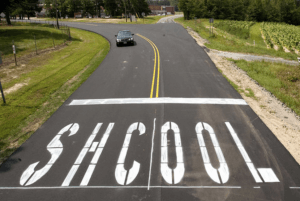 Most schools are filled with teachers and administrators, who try to do their very best at providing a well-rounded education that allows students to compete in a global economy. But sometimes, education fails do occur. In fact, a few have happened recently. Let’s take a look.

Hoboken Apple Montessori School in New Jersey was the scene of a 31-year-old teacher losing it on a 2-year-old in May of 2015. The teacher, Kelli Dugan, was brought up on charges of endangering the welfare of a child and child abuse. The school’s initial reaction was to reportedly suspend the teacher for 30 days, but they fired her after claiming the damning video that captured the incident was “just brought to our attention,” per NBC New York. In reality, the firing occurred only after parents mobilized their outrage and sent a letter to the school rejecting the child in question’s treatment. You can see the full video at this link to decide for yourself, but a warning: it’s disturbing, particularly if you love babies.

As for Dugan’s rebuttal, her attorney said he was “surprised” by the severity of the charges against his client and that the video “doesn’t seem to support the charges.”

Whichever side of the debate you’re on when it comes to children exploring their gender identity, it’s safe to say that we now live in an age where schools need to tread very lightly when confronting children, who are exploring their true selves — children whose parents allow and even encourage it.

An eighth grade student in Tallahassee, Florida, identifying as “gender-neutral” was told by school officials that he couldn’t wear a dress to school. This entry on our short list of education fails is particularly bad because court action up to this point has seemed to side with the rights of the individual, even among those who are under the age of legal adulthood. The school had to have known this was going to turn into a media firestorm, and that’s just what happened when USA Today got ahold of it.

Principal Scott Hansen explained his decision to the media. “This was about protecting them from the other kids and their ways of not understanding,” Hansen said. “Unfortunately, in middle school there is not as much freedom for expression.”

In Leon County, students may wear clothes as a form of self-expression, permitting their choices do not “materially interfere with school work, create disorder, or disrupt the educational program,” according to the dress code set in School Board bylaws.

The same set of policies, however, state that school staff is expected to provide a supportive learning environment regardless of gender — “real or perceived.”

Finally, there is now-former Chicago Public Schools CEO Barbara Byrd-Bennet, who is at the heart of a corruption scandal that led to the loss of her job. The Chicago Tribune notes that the allegations do not begin with her current former employer. When she was in Detroit, “firms connected to Gary Solomon, the education consultant indicted along with Byrd-Bennett, were paid more than $1 million by Detroit schools during and after Byrd-Bennett’s employment with the district,” the Chicago Tribune notes.

“Those companies have also done business with CPS and were at the center of the corruption scandal that now have Byrd-Bennett facing up to 7 1/2 years in prison. One of the companies, Solomon’s attorneys acknowledged this week, was a search firm that assisted Mayor Rahm Emanuel’s administration on school issues.

“Solomon pleaded not guilty Wednesday to charges he promised Byrd-Bennett hundreds of thousands of dollars in bribes for steering lucrative no-bid contracts his way. A day earlier, Byrd-Bennett admitted wrongdoing in the same federal courtroom and agreed to testify against Solomon if necessary.”

Again, while the vast majority of school officials are in it to do the right thing, stories like these just show how important it is to question authority from time to time.