3 Scientific Facts Taught In School That Are Wrong 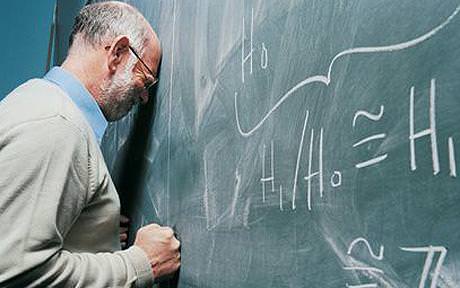 What is your approach to education? Do you question scientific “facts” or simply assume that teacher knows best and take everything at face value? You may be surprised to know that not everything you’re taught in school is correct. In fact, there are some so-called “facts” still in circulation that are as wrong as can be. We’ve found three thanks to this discussion thread on the Quora website. They are:

The Equal Transit Time Theory is a real pet peeve with those who follow the field of physics, and as physics enthusiast and frequent Quora user Joey Li explains, it’s a theory that can even fool teachers. Here’s what Li had to say:

Why do airplanes fly?  The explanation taught in most physics classes (I was outraged when my teacher used it) is that air must take the same time to go over the top and bottom parts of the wing, and since the top of a wing is longer, it travels faster over the top.

They then cite Bernoulli’s principle, that high speed causes low pressure and vise versa.  So, the pressure difference pushes the wing up.

While Bernoulli’s principle can be used to explain lift, the idea of “equal time” is false.  In fact, the air on top actually reaches the end first, as this video of a wind tunnel test shows.

Blue Blood In Veins Occurs Due To Deoxygenation

Somewhere since the dawn of man’s scientific understanding, it has been popularly circulated that veins which appear blue are due to blue blood in the veins. This couldn’t be further from the truth as IIM graduate R. Hareesh Kumar accurately explains:

The veins are blue because the subcutaneous fat absorbs low frequencies in light and only high energetic blue light will pass through. This blue light is reflected by the veins and hence they appear blue.

When a person dies or there is loss of circulation, the blood in the veins remains stagnant. This leads to more reflection of the blue light due to the presence of only deoxygenated blood (the dark red blood). That is why dead bodies turn blue or purple.

Regarding the blue baby syndrome, large amounts of nitrates (especially from water)  are ingested by infants. These nitrates react with the oxyhaemoglobin and form metheglobin, which can’t carry oxygen. And the same phenomenon occurs. Exactly why this disease is also known as methemoglobinemia.

The skin tone is what you actually refer to as fair, dark, freckled, tanned etc. i.e. the surface tone.

Every person’s skin has an undertone which is the color of the skin beneath the surface. This color decides which make-up the person will look good in, which clothes will suit the person, etc.

Relating it to my topic, the undertone decides the color in which the veins appear to the naked eye. But the color reflected by the veins is blue.

Quora user and invertebrate neuroethologist Zen Faulkes notes that raindrops do not have a teardrop shape as they are frequently portrayed. Pointing to research conducted by Penn State University (see below), Faulkes proves her point.

According to researchers at Penn State University, real raindrops bear scant resemblance to this popular fantasy. More from the PSU website:

It may seem too easy a target to single out the Weather Channel for criticism for their shoddy representation when virtually everyone from advertisers to illustrators of children’s books do likewise. Yet, I would like to think they could be held to a higher standard as they attempt to convey the image of purveyors of accurate information.

Small raindrops (radius < 1 mm) are spherical; larger ones assume a shape more like that of a hamburger bun. When they get larger than a radius of about 4.5 mm they rapidly become distorted into a shape rather like a parachute with a tube of water around the base — and then they break up into smaller drops.

This remarkable evolution results from a tug-of-war between two forces: the surface tension of the water and the pressure of the air pushing up against the bottom of the drop as it falls. When the drop is small, surface tension wins and pulls the drop into a spherical shape. With increasing size, the fall velocity increases and the pressure on the bottom increases causing the raindrop to flatten and even develop a depression. Finally, when the radius exceeds about 4 mm or so, the depression grows almost explosively to form a bag with an annular ring of water and then it breaks up into smaller drops. See, for example Pruppacher and Klett, Microphysics of Clouds and Precipitation, (1978, Reidel, Boston), pp. 316-19, or any other book on cloud physics written by competent authors.

The way raindrops change in shape as they grow is sketched in the cross-sections of drops below. As the drops become distorted, the meaning of a radius becomes vague, so the radius labeled is that of sphere which has the same mass.

What Does This Mean For Scientific And Non-Scientific Students Alike?

It means now more than ever it is vital that you approach education with the attitude that you’re not just going to take someone’s word for it. For America to pull itself back to the front of the pack, students have to take a more proactive approach to their education and question everything. With the power of the web at your disposal, it’s now easy to pull research on any topic in a matter of seconds. Get creative with search terms, and you don’t even have to sift through a lot of educational doublespeak to know whether you can trust the information you are told. As you launch into the new school year full throttle, make up your mind that you’re not going to be passive in your education. If you never were, don’t start now. Best of luck, everyone!