4 Back To School Promos You Can’t Afford To Ignore 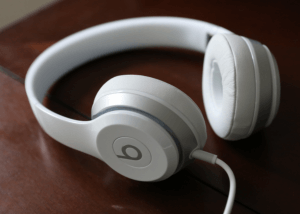 Going back to school may not be something that you’re ready to do, but now that we’re in the home stretch of July, it’s time to start thinking about it. But those thoughts don’t have to be dreary ones, because with back to school time, you will find a lot of awesome back to school promotions. We’ve combed through the Internet to pick out some of our favorites. Obviously it’s tough to make a list like the one you’re about to read comprehensive given the amount of retailers throwing their hat into the ring, so if you have any more on your radar that we failed to mention here, make sure you let us know what they are in the comments section. Let’s get started.

Apple/Beats Back to School Deal

Business Insider reports that the Apple/Beats back to school promotion went live today in Apple Stores. (It will be available online starting Aug. 6). Lisa Eadicicco explains.

“Apple’s new back-to-school promotion kicks off today, and this year the company is offering a free pair of Beats Solo2 On-Ear headphones if you purchase certain Mac models.

“The promotion begins in Apple Stores on Thursday and is coming to Apple’s online stores August 6. The program runs through Sept. 18.

“Apple is essentially giving you $199.95 to put toward the headphones, which covers the entire cost of the wired version.

“To get the discount, you have to be a student, a faculty member at a school, or a parent of a student. The deal applies if you buy an iMac, MacBook, MacBook Pro, MacBook Air, or Mac Pro.

“If you decide that you want to return your new Mac, you’ll have to give back the headphones as well to get the full refund. The same rule applies if you want to exchange the Mac for a different computer that’s not included in the promotion.

“If you exchange it for a Mac device within the program, though, you get to keep the headphones.”

From the world of big box comes this back to school promotional from Target. The company has BOGO50% deals on school supplies, backpacks, and certain electronics. Browsing through the offerings at this link, we were also able to locate T-Shirts starting at $5, denim from $10, and a wide selection of available girls’ and boys’ shoes and other clothing. Many of these deals are available in stores as well.

Walmart Back to School Deals

The link to Walmart’s back to school deals is now up — and also available in-store — and from the looks of things, this could be one of the best on the block. The retail giant has deals on everything from school uniforms to post-it notes and all points in between. Furthermore, on the supplies front, it’s neatly broken down into preschool, grades K-2, 3-5, 6-8, 9-12, and College. Teachers also have their own section, so you’re covered no matter where you fall in on the educational hierarchy.

Last but not least, Staples is getting in on the action with a unique backpack plus school supplies deal that gives you 25% off all of your school supplies if you purchase a backpack at full price. This particular deal ends Aug. 1 and the backpacks themselves start at around $29.99. Staples also has a number of other items up for grabs that you will need come the first day of school through their 110% Awesome Deals program, which you can check out here.

Back to school is upon us! Hopefully, you’re getting geared up for your first day back. In the meantime, enjoy the coming month, and make sure you drop us a line on any unique back to school deals so we can add them to the list.