5 Hardest Jobs Everyone Thinks They Can Do 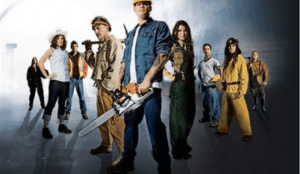 Have you ever been to a movie with a highly critical friend — or perhaps you ARE the highly critical friend — and you walked out with one of you saying something to this effect: “That movie was so lousy. I know I could write a better script than that”? The reality is that it’s very hard to write a movie and get paid for it. That’s because there’s a lot more to it than what you see on the big screen. You have to work within a collaborative system that isn’t always the most helpful, and you have to contend with the tens of thousands of other scripts finding their ways to studio slush piles each year (all while only a few hundred movies get made).

Recently someone posed the question on the Q&A media site Quora, “What is the hardest job everyone thinks they can do?”

The answers were eye-opening. Here are some of the best. For all of them, make sure that you check out the link above. It’s truly worth your time and could reframe how you look at things.

Judith Meyer submits the top-voted answer of translators, which can be deceptively difficult considering we have software now that can do it for us — or so we think. But to the Berlin-based web developer, this could not be further from the truth.

“People think it’s so easy that anyone who is fluent in two languages can do it. … Duolingo believes that even people with less than 100 hours of language classes under their belt can do it. And everyone talks about how machine translators will soon remove the need to learn languages at all. … What they’re missing out on is that translators have to have near-native command of a language when they START studying for their degree. Some of them grew up bilingual and still they have to take several years’ worth of classes. … In the easiest of cases, translating general everyday texts only (such as you might find on blogs), translators have to be completely immersed in the culture of two or more countries (while only living in one) in order to understand the connotations and cultural assumptions both countries assign to something. They have to be on top of the news, TV shows and literature of both countries in order to recognize references and catch-phrases and translate them into equivalents, in as much as possible. … In the worst of cases, they might be translating legal texts, a job for which you might as well have two degrees in law, possibly from two completely different systems that don’t even share the same general idea / purpose (e. g. US and Sweden).”

For more from Meyer, follow her on Quora at this link.

Dori Dayan, an app-maker, believes that graphic design is the one skill many people think they have but shouldn’t. There’s a reason, in other words, that people teach classes on this sort of thing. It’s so students will learn how to do it properly instead of being like one of the many indie authors with Lousy Book Covers on Amazon. Here’s how Dayan characterized the central issue.

“I’ve spoken with countless clients and sales leads who have approached us with their app ideas (which are often quite good) and say something to the effect of ‘Oh, I don’t need graphic design — I’m really good with Photoshop.’ … I’ve heard this dozens of times. … It’s become exhausting explaining that however good your Photoshop skills are (or rather however good you think they are), designing is a profession. Being a graphic designer takes raw talent, technical proficiency, creativity, discipline, and oodles of patience. Not to mention practice. … It’s sort of like insisting on removing your kid’s tonsils since you know mouth-to-mouth resuscitation.”

You can check out more of Dori’s work by following this link.

Cook Jonas Mikka Luster knows a thing or two about food preparation. Enough to know that many people who think they know don’t know anything at all. For Jonas, there is a difference between preparing food and being a chef.

“A chef, by definition, is not a cook,” Luster said. “Our job involves quite a few qualities that, in the days of ‘the power of introverts’ books, have fallen a little out of fashion. Immediate response, stress management, personnel management, conflict resolution (both with customers and in a high-heat/high-stress kitchen), micromanagement under adverse circumstances, long term and short term planning, inventory management, effective communication up and down the chain of command, and — most importantly — we have to do all that while working a physical job inside a 100-degree environment, on our feet, for six hours without a mistake, and look like fresh from the drycleaners doing it.”

Yeah, don’t think we’ll be wanting to give that a shot any time soon. To learn more from Luster’s area of expertise, check him out here.

While it may not be very popular to lend Washington politicians a sympathetic ear, travel writer Ross Cohen makes a good case that a lot of us wouldn’t have any better luck getting things done than the people in D.C.

“Everyone thinks politicians do very little because they accomplish very little, but that doesn’t mean it’s an easy way to earn a living,” Cohen writes. “Sure, it’s better than digging a ditch, but these people have to spend all their time getting people to like them so they can keep their jobs.  Many of those people want things from them and these things often conflict.  Even if you are honorable and have noble intentions of doing good for your district, state, and country, you have to balance your time and effort between doing good and looking like you’re doing good, which aren’t always aligned.”

Good points, one and all, although sometimes it seems like many politicians don’t even try to make the balance that Cohen points out here. For more from him, make sure you check him out at this link.

Heidi McDonald closes us out with her entry to the “hardest jobs everyone thinks they can do” list, and this one is likely to be depressing for most of you gamers, who envision an easy-breezy career developing concepts into finished product for the likes of PS4, Xbox One, Nintendo, or mobile.

“Usually, when I talk to kids about what I do, they are starry-eyed and thinking that anyone can get into game design because they play lot of video games. This isn’t true,” McDonald said. “Yes, we have non-traditional working environments and get to wear yoga pants to work, but … the gaming industry now requires at least a 4-year degree to get in. You have to have knowledge of math, science, computer science, and writing, and you have to specialize in a discipline (production, programming, art, design). Yes, you need to have a good working knowledge of games for the sake of reference (because when you explain the mechanics of a game you’ve designed, you’ll sometimes need to liken it to other games and their mechanics), but, you also need to have ridiculously good communication skills, a good work ethic (to finish tasks on time!), and to play well with others.”

It’s this “playing well with others” where the introverted aspirational game designer can run into roadblocks. You can check out more from Heidi here.

Before we turn you loose to check out more on these careers, we want to remind you to check out the entire thread, which you can access directly from the very first link at the top of this page, or from any of the other links that go directly to the Quora answerers themselves. Well worth your time!

Now what about you all … what are some jobs that you think are easy to do? Sound off in the comments section!