5 Non-Educational iPhone Games that Can Improve Your Test Scores

The next time your mom tells you to get off the iPhone and start studying, proudly thumb your nose at her and say, “I am!” Actually, you might want to tread carefully with how you react to what she tells you or else end up grounded or backhanded. Nevertheless, you can get some educational benefit from the games that you’re most likely playing without even realizing it. Here are some of our favorites and how they actually help us – no BS. 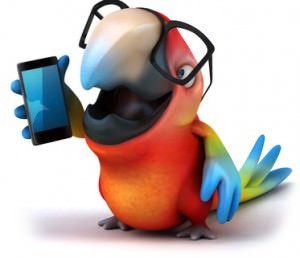 How it helps: How do we count the ways? First, the very concept of the game is about taking the words that are already in your vocabulary and using them to best your opponent while learning new words along the way. For examples, who knew “xi” referred to a river system in China or that “qat” was an evergreen shrub with white flowers until they started playing this game? While building your vocabulary, Words with Friends also teaches you how to strategize for success – don’t use those S’s flippantly and try to play your Q’s and Z’s on a triple letter – while honing your mathematical skills in determining which words will score the most points.

What it is: Angry Birds was hardly the first of its kind. Donut Games’ Castle Smasher predated it, and we’re pretty sure that that game got its idea from somewhere else. But Angry Birds took the concept of destroying things and made it funny and fun. The concept – use your birds to smash a variety of structures while destroying the bad piggies in the process and reclaiming your eggs. The colorful game has grown in size and versions since its initial launch – most recently turning out Angry Birds Star Wars – but the concept remains the same.

How it helps: Oh, to have had Angry Birds prior to that science reasoning part of the ACT exam. I might have scored better than I did! The game teaches one principles of physics while forcing the player to strategize for success. The complexity of the structures and the attack points necessary for bringing down the house cause one to slow down and think critically for solutions to their problems. And last we checked critical thinking was vital in education.

What it is: Amazing 3D gameplay puts your Indiana Jones/Lara Croft type characters in a fast-paced adventure. The goal is to run as far as you can – and score as many points as possible – in the ruins of an ancient temple without getting overtaken by shadow demons, running in to tree trunks or falling off the pathways. Run, leap and change direction as necessary to avoid all the hazards.

How it helps: While the game definitely strengthens hand-eye coordination, it has a couple of key benefits for your education. Let’s start with reaction time. You’ve got to be able to think quickly and make the right decisions to keep pace. This game teaches you that. You must also be able to plan multiple moves in advance to deal with challenges as they become ever more rigorous. Studies show that readers, who can make predictions about text and become more deeply involved in the reading, score better on their tests. With Temple Run, you’ve got to learn to trust your instincts based on where you’ve been and where you are in order to successfully navigate where you’re going. The skills this game requires are essential to research and reading comprehension.

What it is: The classic computer game is still one of the most popular strategy exercises around even in the 21st Century and on a completely different platform than the one where it was originally introduced. The object is to fit differently-sized pieces together, eliminating lines with each complete row that you form. Holding on to certain pieces for multiple row formations can earn you bigger points as the speed of the game grows faster and faster until you can’t take it anymore.

How it helps: Short- and long-term decision making is critical to your future. You have to be able to do what is best for you now without jeopardizing where you will be five, ten or even 20 years down the road. The game shows you your upcoming pieces even as you work to make the current block formation fit. Sometimes it’s best to let a sure thing wait if it blanks out more lines three or four moves ahead. Other times, you’ll want to take whatever you can get and create breathing room between your blocks and the top of the well. Time and resource management are considerable advantages this game will give you.

What it is: It’s you versus your opponent in a trivia game that challenges you to pick the correct artist or song title out of a list of four options for each question. With each new question, the fastest accurate response will rack up more and more points. The game appeals to your love of music and surrounding pop culture and creates a social bond with you and your friends even when you’re not hanging out.

How it helps: More than the fun and social components of the game, however, are the educational benefits. SongPop adds so much that can help you down the road. It teaches you to think quickly – vital to standardized testing – and energizes your memory. It also nudges you toward a love for research. How many of you have delved in to the world of 80s music or old TV show themes in an effort to improve your game?

Okay, what did we leave off? Tell us some of your favorite iPhone / Smartphone games and tell us how they’ve helped you improve as a student!