Taking the Test of English as a Foreign Language, or TOEFL exam as it is more commonly known, is a challenge that native English speakers take for granted. If you have come to the language later in life, then you know what an obstacle English can be with all its little inconsistencies and exceptions. But we’re here to tell you it’s not something you have to worry too hard about if you have a decent foundation. In fact, with these 8 Ways to Crash-Course Your Way to a Better TOEFL Score, we’re confident that you will be able to pass your test and attract the attention of professional licensing programs and business schools. 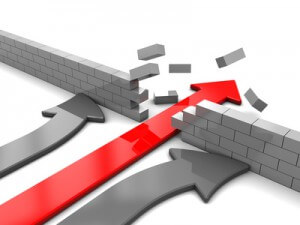 One of the more effective ways to learn the language is to watch movies and television programs in the English language. If at all possible, do so without the assistance of subtitles in your native tongue. This is a fun way to learn as well. The only caveat is that movies and TV programs often tend to use slang, dialects and other deviations from traditionally “proper” English. However, being able to combine an unfamiliar language with familiar non-verbal communications establishes understanding. It is also a deeply effective primer.

NOTE: watching film and television should by no means be the primary driver of your studies. We recommend watching a 30- to 60-minute program each night as a means of staying plugged in to English as a form of communication.

It is very tempting to write in your own language for little things, such as grocery lists, emails to bilingual friends, and maybe even that short story you’ve been working on. Don’t do it. In your preparation for the TOEFL, it’s important that you try to incorporate English into your life as much as possible. While no one is saying you should abandon the use of your traditional tongue, it is important to your studies that you integrate English as much as possible. Since TOEFL has a complete section that focuses on writing alone, make writing in English second nature to you. We promise that if you do, there will be much less to worry about for those two written response questions on test day.

Observing and Listening to Others

Much of the TOEFL exam requires you to listen to passages or read English passages for comprehension. Because of this, you won’t want to hermitize yourself in the weeks leading up to test day. In other words, you’ll want to get out in public as much as possible. Meet people. Listen to how they communicate with each other. Practice some of the phrases and sentences that stand out to you. And just so no one thinks you’re eavesdropping on their conversations, try to observe and listen to your English-speaking friends and/or classmates as much as possible.

The United States is not the only country in the world that appreciates the efforts of non-native language speakers’ efforts to assimilate into their language and culture. You will find that many people are willing to offer their patience and support if they see you are making an effort to communicate via their language. As such, if you really want to speed along your TOEFL training, then you should consider starting conversations in the English language whenever possible and trying your best to keep outward oral communications in that manner. It’s okay to make mistakes. Likely, your fellow conversationalist will be more than happy to help you. And 100% of the time, you will always leave the conversation knowing more than you did before.

Choose the Right Environment and Conditions

Yes, getting out into the world and experiencing English-speaking culture is important, but there will also be a time for shutting out the rest of the world and formally studying for the test. You should definitely be taking practice exams. Additionally, you want to make sure that you are taking these exams in the right environment and conditions. That means in front of a computer and set to the same standards of the test. Time yourself and be cruel. Don’t give yourself a little extra time here and there to work through the questions. You won’t be able to on exam day, and you need to prepare for that early.

Say you do have a solid foundation, and you have been studying, but you still struggle with pronunciation. Don’t feel bad. This is often the last hurdle non-native speakers must cross before they are able to get the high TOEFL score they desire. Luckily, there is one technique that you can perform that makes a huge difference for your pronunciation and that is reading backwards. By starting at the end of a sentence and reading backward to the first of the sentence one word at a time, you stop looking at word pairings and bigger-picture ideas, and you end up focusing on the construction of the word itself. Reading backwards forces you to slow down and take greater care with what you have to say.

Learn to Love the Recorder

Specifically on the speaking section of TOEFL, you will be asked to face the recorder. From that recording, an official evaluator will determine your score. This should not be nerve-wracking, but it often is, because test-takers do not practice on a recorder themselves. If the test requires you to speak into a recorder, wouldn’t it be best that you know what you sound like ahead of time? Someone else is going to be assessing your speech, and that assessment will be much more favorable if you are already recording yourself, listening to that recording, and then making notes on where you can improve. What if you’re unable to know what needs improvement?

Get the Proper Feedback

That’s right. Seek out the opinion of a native English speaker you can trust. Don’t place it in the hands of someone, who is just telling you “Good job,” because they think that’s what you want to hear. Find a native English speaker, who is willing to listen to you speak. Be prepared for their criticism. Welcome it. Learn from it. You’ll have a much higher TOEFL score as a result.