Affect vs. Effect and Other Word Pairings that Could Derail Your GMAT Scores 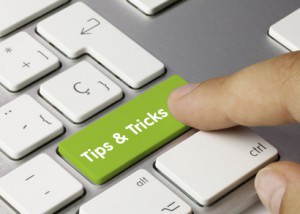 The Graduate Management Admission Test (GMAT) could be the only thing standing between you and the business school of your choosing, so it’s important when tackling this test that you do not succumb to simple communication errors. Some of the most likely that you will encounter are word pairings that sound alike but have different spellings, meanings, and uses. Using the wrong word in any of the pairings to follow could lead to choosing an incorrect response or botching the analytical writing portion of the exam. Learn what to watch out for ahead of time, and read the questions, answers, and your own responses carefully. We now give you Affect vs. Effect and 7 Other Word Pairings that Could Derail Your GMAT Scores.

When to use affect: Think “a” for action. Use this when a decision brings about a result. (Example: The song deeply affected me.)

When to use effect: Think noun. Use this when you’re describing the state of something as a result of something else. (Example: Her charms have a hypnotic effect on me.)

Why It’s Important to GMAT: As one of the most commonly botched word pairings, being able to get this right on your analytical writing section will set you apart from other candidates.

When to use accept: Think of how common the word “acceptance” is, and how it generally means you are embracing an idea or gift. Use as a verb. (Example: He accepted the job. The facts of the case were difficult to accept.)

When to use except: Think of “ex” as “excluding.” Use this as a preposition, verb or conjunction to call attention to things or actions that are left out. (Example: Everyone loved the movie except Nora.)

Why It’s Important to GMAT: Getting these two mixed up can completely alter what you are looking for in a word problem and can also hurt your writing scores.

When to use principal: Many meanings and uses. Can be used as an adjective or a noun. When it is used as a noun, it will be only to describe a person or a thing of chief importance. (Example, adjective: He paid the principal amount of the loan. Example, noun: The principal of the school was in way over his head.)

When to use principle: A law or rule. Something that must be so. Used as a noun only. (Example: The wayward woman was of questionable principles.)

Why It’s Important to GMAT: This is a difficult pairing for the common person to decipher, but it’s especially important in the business world, where you’re dealing with numbers and ethics, to know the difference.

When to use if: When you’re setting a condition, applying a contrast, determining when something can occur, etc. It is a conjunction and can sometimes be used as a noun (“a big if”). (Example, conjunction: If the weather holds up, we’ll get to go to the lake today.)

When to use whether: Most often used as a conjunction to set up a contrasting relationship between two or more in a series. (Example: He doesn’t know whether he will go to the game or stay home.)

Why It’s Important to GMAT: Especially difficult because the two items can be used interchangeably – We don’t know whether/if we should stay – but when there is a difference you need to know it, and it’s often something you can tell just by “hearing” the usages in your head. Still, it’s up to you to slow down and sound it out to yourself. GMAT favors individuals who pay solid attention to detail. Be that person.

When to use than: Denotes a rejected choice in a pairing, excludes, or serves as a comparative adjective or adverb. (Example, comparative: We have more money than the Grigsbys do. Rejected: I like this one better than that one. Excludes: I’d rather go to the doctor than read a Nicholas Sparks novel.)

When to use then: Means “at the same time” or “next in the order of time” or place, according to Dictionary.com. (Example: If we go to the movies first, then what will we do later?)

Why It’s Important to GMAT: Basic writer housekeeping. Also highly beneficial in being able to determine the type of answer that a word problem is asking you to give.

6. there, their and they’re

When to use there: As a place or a state of being. (Example: There exists between this life and the next the chasm of death.)

When to use their: Showing possessive case. (Example: Stephanie and Joanie loved their pit bull.)

When to use they’re: Contraction “they are.” (Example: They’re really sweet people.)

Why It’s Important to GMAT: This is a word pairing that you tackle in the fifth or sixth grade. Continuing to mix it up without slowing down to ask what case you’re using it in is the sign of one who doesn’t pay close enough attention, and that can effectively obliterate your final score in each section of the test.

When to use your: As possessive. (Example: How are your grades holding up?)

When to use you’re: As a contraction form of “you are.” (Example: You’re really smart. You can do this!)

Why It’s Important to GMAT: Another simple one to deconstruct that shows you’re not paying enough attention. You wouldn’t say, “How are you are grades holding up,” would you? This is one mistake you should never make because as with there/their/they’re, it’s just too simple to avoid.

When to use complement: This is used to denote completion. Think of “complete” when you see “comple-.” (Example: Your notes really complemented mine for an excellent study guide.)

When to use compliment: Think of “I love you,” when you see the “i” in “compli-.” That isn’t exactly what you’re saying, but it’s pretty close in the sense that you’re dealing out an expression of praise or flattery when you use this spelling. (Example: Allow me to compliment you on a job well done.)

Why it’s Important to GMAT: When you delve into the world of business matters, it sounds quite silly to think that one number or idea is physically giving praise to another. Knowing the “i” from the “e” in this case can paint an entirely different meaning.

The English language is filled with these confusing pairings. Which ones give you the most trouble?