Back To School Tips For The Non-Traditional Student 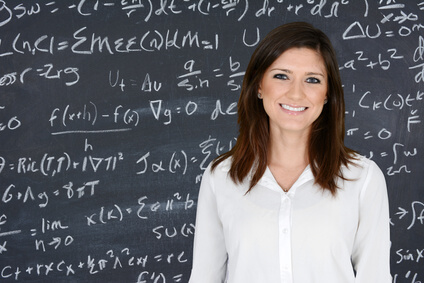 Going back to school can be difficult if you’re a non-traditional student, who has had a considerable amount more life experience than your fellow classmates. Recently one redditor was faced with this very dilemma. In his words:

“I am nearly thirty and I am returning to college for a career path change. The vast majority of my classmates are traditional freshmen, just out of high school. How am I supposed to interact with them? I generally try to avoid having too much contact with people their age (especially the females) for fear of being seen as ‘creepy old man’ but I am also not wanting to be aloof and condescending. (Yes, I realize posting this to begin with makes me fail at that.) To what extent should I try to interact with my classmates, and should I worry at all about people worried that a thirty year old man is hanging out with teenagers (who happen to be his classmates.) I would love feedback from both older and younger redditors. … Also, I’m not great with socialization to begin with, for what it is worth.”

Ask and you shall receive! The reddit community responded with more than 300 comments, many of which could be beneficial to you if you’re worried about going back to school in the next six months. Here were some of our favorite responses.

1. “Don’t be a mature old [expletive]. I have what appears to be a 60 year old in my class and he gets in long boring discussions with my ecology teacher. Nobody cares what your opinion is on Canada’s water consumption.”

2. “Be yourself. You are BARELY older than a lot of these people anyway. I’m 29, and I find that it isn’t hard to interact with anyone from 40 on down to 20 as if they where your peer.”

3. “FOR THE LOVE OF SATAN do not argue with your professor over what s/he is teaching because your real life experience has proven better.”

4. “35 year old returning college student here. I look like I’m in my late 20’s. … If you take night classes, there will be more people your age or older. … Because of your life experience, you probably have an advantage in confidence over the younger students. Take advantage of it. You aren’t afraid to speak up in class, public speaking is easier, you know how to lead, etc. Since I have lots of experience managing people, it is easy to take a leadership role whenever there is a group activity. I have found the younger students will automatically defer to me. Make friends with your professors.”

5. “I started when I was 28. In my experience, I was very often not the oldest person in the class. So, you may not be surrounded solely by kids. Lots of people take a few years off or come back after a few years. As far as interacting with them, I’d say if they interact with you that’s cool. Otherwise, from your post you said ‘I generally try to avoid having to much contact with people their age’ so why start now? Moreover, many of them may not want to associate with ‘that old guy’ anyway. I’m assuming you’re not going to be living on campus so your interaction with them will be limited to a few hours a week unless you want to get into some kind of study group.”

6. “Yeah, there are variations of this on here, but try not to talk too much. There’s nothing wrong with asking questions, but I had a lot of classes with non-traditional students, and they had a tendency of not just asking the most questions, but also telling the longest, most inane stories. And if you have kids … none of the other students care, so try not to tell too long of stories about them either.”

7. “Treat people like adults, and then pursue your own interests (cards, gaming, engineering, art, whatever) and everything will be fine.”

8. “Honestly, deal with them as professionals and not as buddies/friends. … There might be a few middle of the road [e.g. mid 20s] students in there you can relate to. And there might even be a few well balanced mature 17-18 yr olds there too. … But I’d stop trying to be all ‘cool’ and what not. Interact with them as if they were coworkers.”

9. “Ask questions. Just be sure that if you’re asking a question it’s something that multiple people may be confused about and related to the lecture being discussed. I never had a problem with people asking questions about material currently under review. If you have specific questions about specific problems save them for office hours, one-on-one tutoring, group study sessions, e-mail, ‘blackboard,’ etc. Most of the learning I got out of college was learning the concepts in class, then relating them doing homework/labs (Chemistry major), and reviewing and asking questions in group study sessions. So, roughly only a quarter to a third of the material I learned in college came directly from the lecture. I don’t know how college was 20 years ago, but I know today there are so many more resources than just the professor and the class. The professor expects you to learn on your own, be sure to try and do that before asking specific questions.”

10. “When I was an undergrad there was someone about thirty in almost every class. Same rules apply as with most social situations, if you are confident, friendly, a happy person, and don’t have personal hygene issues most people will like you. If you are rude and unhappy people won’t.”

11. “I had the opposite problem, I was a new student right out of high school taking night classes so my classmates were in their 30’s, 40’s, and 50’s. Many of them acted like others my age, so I kept my interactions with them short or nonexistent. Let them approach you, nothing wrong with being that person in the class no one talks to. You’re there for an education not to socialize.”

12. “You are equals as far as they are concerned. You’re in the same context so treat it as such. Treat them like peers and you’ll be treated equally in return.”

It’s never too late to go back to school, but do try to remember that you’re there first and foremost for the education. If you can make connections with younger people, do so, but don’t try to force anything. And when you do have questions, make sure that it’s about the study material and that you’re respectful of your classmates’ experience as well. As the one commenter suggested, getting into more in-depth philosophical arguments about life and your own experiences is best saved for outside of class in a one-on-one setting with the professor. Good luck!