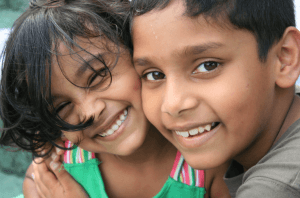 A birth order study from the University of Leipzig — the second largest ever conducted — has made some startling revelations regarding intelligence, sexuality, and physical health.

The BBC reports that researchers from the university found a correlation between birth order and homosexuality, particularly in males.

Apparently, for every older male sibling that you have, your chances of being gay increase just a little more. This is referred to as the “older brother phenomenon,” and it involves proteins that are produced in the uterus during pregnancy.

More from the BBC report:

“Prof Tony Bogaert, of Brock University, Canada, one of the scientists who first observed the phenomenon, explained that this is a biological effect.

“‘Each older brother actually changes the womb in some way. And we think the most plausible explanation has to do with the maternal immune response.’

“Male fetuses produce a particular type of protein in the womb that helps male genitalia to form. But when this is produced, the mother’s body responds by producing other proteins, known as antibodies.

“This is a natural process and not dangerous to either the mother or the fetus. But it does mean that in subsequent pregnancies these antibodies are more quickly produced if the next fetus is also male.

“As a result, having older brothers means that a male fetus could have been more quickly exposed to these antibodies from his mother. Prof Bogaert believes that this immune response explains the older brother phenomenon.”

In other correlations to birth order, younger siblings have a tendency to be healthier, likely because they are exposed to sicknesses earlier than their older siblings, and thusly, are able to produce immunities at an earlier age.

Younger siblings are also at a lower risk for developing Type 1 Diabetes.

Last but not least, the BBC notes, older siblings have a tendency to be more intelligent than their younger siblings, and it gets incrementally worse the further down the birth order that you go. Furthermore, they feel more confident on matters of intelligence with many commenting that they feel they understand things better.

It’s important to note with studies like these that in order to draw meaningful conclusions, you need a very large group to draw from — more than what a single study or two can accomplish on their own.

Still, these are interesting finds, if not wholly accepted by those who’ve read about them so far.

Just one look at Facebook reveals the backlash thus far.

“… where’s the data and the sources for this? Also the funders for this research by ‘science’ … Science is a technique, not a verifiable source! Please get that straight BBC and stop scare mongering with utilizing the braod spectrum term ‘science.’ Divide and conquer is millennia old, as is the reigion it came from! Enough anti-intellectualism.”

“First you post a study saying older brothers are smarter, then you say younger brothers are more likely to be gay. *Raises eyebrow. … Not that any sensible person will pay that much attention to these sorts of stories. This trashy news is not worth thinking about.”

“Why do they even have to research this? People are gay because that’s who they are. Don’t think having older brothers has anything to do with it. Just coincidental if anything. Either way, I hope they are all happy.”

So what do you think about the birth order study? Do you think it has anything to do with one’s intelligence, sexuality, or any other factor? Sound off in the comments section.