Wendy Bradshaw And The Resignation Letter Heard Around The World 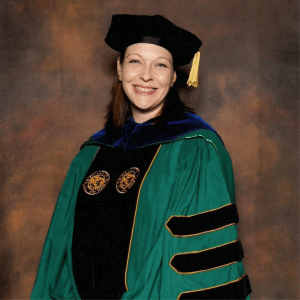 Wendy Bradshaw is a now-former special education teacher in Willow Oak, Florida, who had enough. She decided to take a stand at the growing uniformity and lack of innovation in public education and voiced all those frustrations in a letter — which she later turned in to a Facebook post — that struck a chord with teachers everywhere.

Bradshaw described her frustration to the School Board of Polk County, Florida, but the problems are ones faced all over the country as evidenced by the more than 72,000 shares and coverage from multiple media outlets. Here are some highlights and some of the most scathing criticisms.

While the Wendy Bradshaw resignation letter appeared to be a great catharsis for her, it also offered release for the many others in classrooms all across America who feel the same way. It was also a release for highly qualified teachers, who gave up the profession out of the same frustrations that Bradshaw so eloquently highlighted in her post.

Ever since No Child Left Behind (NCLB), which was a piece of legislation supported by both Republicans and Democrats including Democratic frontrunner Hillary Clinton and former President George W. Bush, there has been a disturbing trend towards increased testing and a “benchmark” level of education that all kids are supposed to somehow reach regardless of their developmental capabilities.

NCLB was a “one size fits all” approach to education exacerbated by Common Core. Now teachers like Wendy Bradshaw are pulling back the curtain to reveal the struggles that public education now faces.

To fix the problems of education, 5 things must happen.

Firstly, parents must get involved.

The problem with most political reforms in education is that they are constructed on the bogus idea that bad teachers are responsible rather than bad parents. Parents have the most responsibility for making sure their children learn and grow developmentally. While some issues may be beyond a parent’s control — such as those with special needs — they still have the most influence over environment and instilling responsibility. However, as standards have tightened for teachers, they’ve grown looser and looser for parents, whose children are not performing at the appropriate level. As a result, parents have grown spoiled in expecting teachers to not only teach, but to also handle their children’s disruptive behaviors.

Secondly, teachers must be allowed to differentiate instruction.

As Wendy Bradshaw noted in her resignation letter, teachers are often held with their feet to the fire when it comes to differentiating instruction. They have the impossible task of bringing all students to a certain “benchmark” level in spite of the fact that some students may be on course while others are several grades behind. Different people learn in different ways. The current system doesn’t allow for that.

Thirdly, legislators have to stop making teachers the enemy.

Teachers feel unfairly scrutinized by many of the laws that happen at the state and federal levels. It is not lost on them that they are being asked to do the impossible based on a complete disregard for cognitive science. Furthermore, their pay is being threatened by “merit pay” laws that seek to punish them for not living up to said impossible standards. Many highly qualified teachers (like Bradshaw) wake up one day and realize that they don’t have to take the B.S. anymore, so they leave the classroom and find jobs elsewhere that value their efforts more. As a result, the education system is depleted in its ability to reach students.

Fourthly, the basic ‘structure’ of school needs to be rethought.

Public education, particularly at the post-secondary level, has come under an increasing amount of fire lately for continually teaching the old ways without keeping an eye focused on the future. As a result, many I.T. and other computer-based jobs — the probable future of employment in the U.S. — is all but worthless. There isn’t much that a degree can do for an enterprising coder, who takes the time to learn programming languages, for example. And since the new economy has a greater focus on skills and results than degree certifications, it’s going to be hard for colleges to justify the increasing tuition fees. But all that is an aside. The deeper issue here is that school isn’t preparing students for the world. In order to do that, the basic “structure” of school has to take a more application-based approach, where students are able to see the value of what they’re learning in the real world from day one.

Finally, America needs to start looking at what others are doing.

America has been lagging behind in education for years, and it seems like a problem that is only getting worse. Instead of doing the same thing over and over again and expecting different results, it’s important to look to other countries that are performing well in education. There are ideas out there that can be effectively implemented in the U.S. However, it’s also important to note that it is a mistake to simply look at a culture and think something will automatically “work” here just because it does there. Culture, size, and demographics, all play a major role in approach. Still, it doesn’t hurt to try new ideas.

What do you think about the words of Wendy Bradshaw? Do you think they’re pretty common emotions among teachers in the U.S.? And if you originally wanted to teach (or still do), what fears do you have moving forward? Sound off in the comments section.