The Digital Badge: Is This The Future Of Education? 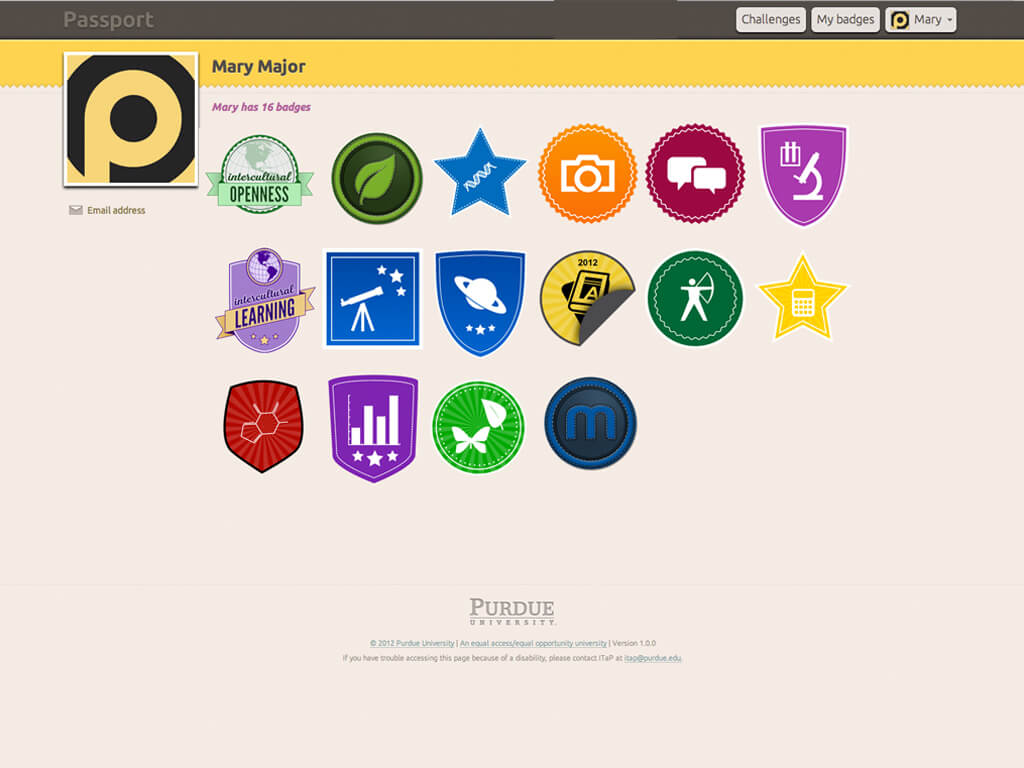 The digital badge is a somewhat new phenomenon in the realms of education, but a recent report from Frugal Dad indicates that it could become a lot more prevalent. The website spoke with a number of experts on this increasingly popular credential and what it could mean to the future of education.

One individual, Dr. David Wiley of Brigham Young University, a supporter of “open education,” envisions a time when pages and pages of badges from free or affordable institutions will supplant the need for on-campus training. “As soon as big employers everywhere start accepting these new credentials, either singly or in bundles, the gig is up completely,” Wiley said.

Evolution Of The Digital Badge

As the Frugal Dad website reports, the origins of the digital badge started in an unlikely place with the Xbox 360 gamerscore, which awarded achievements based on certain accomplishments that a player achieved. The higher the gamer’s level of mastery, the more renowned they were against their peers. Created in 2005, it continues to be a popular system for the company in terms of recognition and prestige.

From there, Google, Microsoft (creators and owners of Xbox 360), and a variety of other technology companies started supporting the idea of the digital badge with training programs that offered officially recognized credentials once an individual achieved mastery over certain computer systems.

In 2011, Peer 2 Peer University and the Mozilla Foundation (a non-profit organization that promotes openness, innovation and participation on the Internet) authored a white paper that touched on the value of open education, writing that badges were “a symbol or indicator of an accomplishment, skill, quality or interest,” adding that they “have been successfully used to set goals, motivate behaviors, represent achievements and communicate success in many contexts.” The white paper also proposed that when learning happens across various contexts and experiences, “badges can have a significant impact, and can be used to motivate learning, signify community and signal achievement,” Frugal Dad reported.

For a digital badge to be of any value, the paper concluded, it must include “information about how it was earned, who issued it, the date of issue, and, ideally, a link back to some form of artifact relating to the work behind the badge.”

Future Of The Digital Badge

Kevin Carey, contributor to the Chronicle of Higher Education, believes that most of the first badge systems will crumble as a result of “poor design or inadequate connection to communities of interest.”
“But others,” he notes, “will take root and thrive … More users will beget more users. Employers will gain facility in the use of badges and confidence in those who bear them.”

“When that happens, it will create hardship for traditional institutions that now use the revenue generated from their undergraduate-credential franchises to subsidize the cost of graduate education, administration, scholarship and other activities.”

Carey continued: “But society as a whole will benefit enormously. The store of human capital will be more broadly and accurately represented by credentials that are useful in a mobile, interconnected world. Separating the credentialing and teaching functions of higher education allows organizations to specialize in one or the other.”

Our own take: this could be fantastic. A brave new world free from the inequalities of money and what you’re born in to. It only stands to reason that as technology improves, educational opportunity will become cheaper. Just look at how far it’s taken the private sector in the last 20 years. Jobs that didn’t even exist before can now earn you a living wage if you know how to use computers and have the will power to work remotely.

Looking at my own experience, the job of blogger was non-existent when I was in high school. Close to 20 years later, it’s my sole means of support. There were years where one had to learn by trial and error regarding viable home-based opportunities and those that were just trying to scam you.

It was a scary world in 2000 when I was first graduating college. Teachers made far less than they should have, newspapers were tightening their belts (and have only continued to shed jobs since), and the Internet was a Wild West of sorts where any con artist with moderate proficiency could bilk a fine arts major out of several hundred dollars by promising them a profitably introverted life. Today, the job market for anyone who can research and compile thoughts into a readable post is seemingly endless. It isn’t easy, but once you know how to play, it’s extremely profitable.

While the blogger position doesn’t use a formal digital badge per se, you can keep track of your contributions and accomplishments and use those to put your best foot forward when responding to new opportunities. For me, I try to keep a database of my best performing pieces. I group those pieces into categories. Then, when I see a relevant and reputable job posting, I grab two or three of my standouts from the category that best relates to the job posting, and I include them with my query letter.

Beyond this practice, I try to do my very best work for my very best clients. They almost always pay me back by referring me to a colleague who needs the same or a similar type of work. This is my own form of digital badge, and while earning it, I’ve had to learn skills that were important to sites that need blog content, including working with WordPress, editing photos, editing HTML, and a number of other skills that weren’t taught to me when I was pursuing English and journalism degrees in college.

Admittedly, I know larger companies still chase after degrees from traditional universities. But a growing community of employers are more concerned with what you’re able to do rather than the degree you have and the school from which you earned it.

If there is anything we can learn from the rise of the digital badge, it’s this: the employment sector of today will not resemble itself 20 years from now. Things are changing too quickly for many schools to keep up, and from that, more and more employers will become results-driven rather than credential-driven. Badges are a celebration of what you can do, and not just what you’ve done. They are symbols of a dynamic and ever-changing environment where rapid and continuing education will be the sign of solid talent. It will be more afffordable, more attainable, and more trustworthy, than anything that has come before it. With that said, the same skills that make one a success today, will continue to be vital.