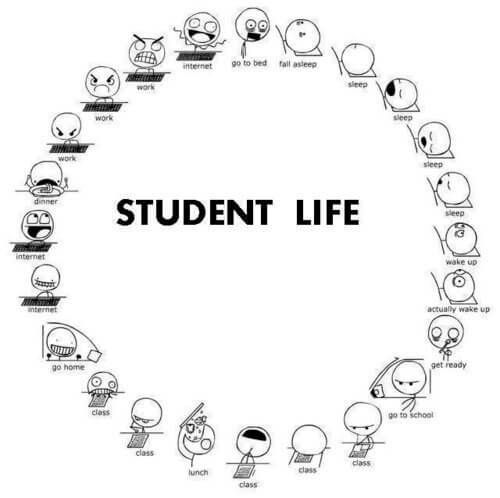 Student life is much different today than it was 20 years ago. For starters, the Internet was in its infancy and operated on a super-slow system known as dial-up. It’s entirely feasible that students on the verge of entering college in today’s environment have never heard the EEE-YEH-EEE-YEH-EEE-YEH of a phone landline connecting to the World Wide Web.

And that is just one small change that has occurred over the last two decades.

It’s important that teachers be tuned in to the ever-changing world of their students. Here are six more things that could make a world of difference in how effective a teacher is at doing her job.

One: Students enter the classroom ready to learn.

As much as a fresh-faced young teacher may not want to admit it, a lot changes about student life from the time the teacher graduates high school to the time she takes charge of her first classroom. Going back to the Internet example, just think about how much has changed about that over a 20-year period. We went from being able to fix a cup of coffee in the time it took to load a web page to being able to access the web at lightning-fast speeds from our smartphones.

Point being: it’s easy to forget and take things for granted over the course of a couple of years, and it becomes almost impossible to remember how things were when you were a kid. Therefore, you probably don’t remember that on the first day of school, when you walked in to the classroom, you really did want to learn. Whether that urge stayed ignited depended much on the teacher’s method of instruction and the classroom environment they allowed.

Students today, for all the changes they’ve experienced, are still basically the same in this regard. They want to enter a classroom and be so swept away by the subject matter and the person at the head of the class that they can forget about the clock for a while. That’s a huge responsibility for you to shoulder, but if you can rise to the challenge, students can make your experience as a teacher completely worth it.

Two: Students are as frustrated by distractions as teachers are.

Human behavior is a funny thing. A student who acts good for one teacher can be an absolute nightmare for another. That’s because, by-and-large, students are very observant about their school, their classrooms, and their teachers. If they can get away with something less than forthright, many will, and this creates distractions for the class as a whole.

If you’re a teacher who feels like you have a “bad class,” just remember that some of those kids acting up wouldn’t be doing so if they felt like there was structure, authority, and leadership in place. What usually happens is this: one ill-behaved student creates a distraction for which there are no meaningful repercussions. This action distracts other students who are there to learn, and the longer it goes unchecked, those students are likely to adopt the “if you can’t beat ‘em, join ‘em” mentality. From there, you’ve lost the class.

Unfortunately, many of the students who misbehave in class wouldn’t, if they observed that you had more control of the classroom. Their tendency to “join in” is in many cases a result of frustration, and what they really want, is for you to step up and take charge.

Three: Students are inundated with negativity about their futures.

Outside the classroom, student life is much more stressful than it used to be because: a) The education system is more disorganized, directionless, and troubled, at present; b) The news media is constantly broadcasting how bleak the future looks for those currently in school; and c) There are very few places that students can go to get away from the predictions and speculation. They need a little heavier dose of positivity and encouragement than what most adults are giving them, and since many of you see them more than their own parents, they’re hoping you can provide it.

In other words, help your students wake up to the hope that exists in their own lives, so they can shut out the bad and trust in themselves more than the opinions of some journalist or politician. After all, if you tell anyone their life sucks long enough, they’ll start to believe it. Too much of that is going on with the current crop of students.

Four: Students know what they’re up against.

“But students need a heavy dose of reality!” you may be saying. That’s correct. They do. But here’s the thing: they’re getting it. Lots of it. In fact, there are few places they can turn where reality isn’t punching them in the face.

If you hear enough of that, you start thinking, “What’s the point?” Teachers can show students that there is a point to it all. That they can still achieve great things in spite of all the noise and drama. They’re counting on you to show them the way. Don’t mess it up.

Five: Students live in a scarier place than you did.

School shootings, bullies, revenge sexting. The threats out there to one’s reputation and even life are much worse today than they’ve ever been, and that will only increase over the years. Going through student life as a teen is tough enough with how body and mind changes. Factor in these other unnecessary but very real threats, and the stress levels are off the charts.

Realize that if a student isn’t performing to the potential you see for them, there may be something much darker going on in their lives that you couldn’t imagine dealing with yourself, especially at their age. It doesn’t mean that you should let go of all your expectations for them, but it does mean you should be attentive to what they’re going through. After all, you may be the only adult, and maybe even the only person, they feel they can trust.

Six: Students are looking for adult guidance outside the classroom, because more often than not, they’re not getting it at home.

There are so many people out there today who have checked out of the parenting process. And even in cases where there is great love between parent and child, the parent may not be in the best position to safeguard and discipline their children. Maybe they’re a single parent working two or three jobs to make ends meet, for instance, and they’re simply too worn out.

In much the same manner that most students initially show up to class ready to learn — until they’re given a reason not to — all students are looking for an adult hand to guide them, even if they don’t feel like they are. On some level, they know there is a great big confusing world out there, and they don’t have all the answers. You may not have those answers for them, but if you’re willing to listen and help, then you’ll be surprised at how much good it can do.

Students today rely on their teachers far more than many are aware. That’s why it is important teachers be attune to what their pupils are going through. By realizing the complexity and the volatility of what students are dealing with during these impressionable periods of life, teachers can play a pivotal role in building tomorrow’s successes today.