Education Roundup: The Journey Of Juvenile Delinquents In America 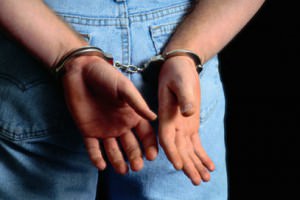 The problem of juvenile delinquency in America has been the drive behind three major pieces this month — two from NPR and one from Slate — filled with lively discussion about the experience of the delinquent child and society’s role in their failures. For this week’s education roundup, we’d like to take a look at each of these pieces as well as the lively discussion permeating them.

What do you call a high school dropout?

What’s in a name? For years, society has developed problematic, even insulting terms to refer to the millions of young people, who are neither working nor in school. Anya Kamenetz graphed some of the most popular terms over time — juvenile delinquent, dropout, etc. — and spoke to some educational pros, who believe we’re doing a disservice to youth by marking them with such disparaging terms.

Some of the commenters agreed.

“I don’t even have to read the article,” wrote a commenter named Heidi Reaves. “I can look at the way the people who were supposed to be the ones of authority, and the ones I was supposed to trust, and remember what they called me, and how that effected [sic] my life. That’s all someone has to do if they have common sense. My common sense tells me that they do this on purpose, because they know the power in words, and they like degrading. For people who have been degraded, degrading others is a natural thing for them to do, to feel empowerment. It took me until this year to work through my anger from everything that I was kept from, because of words. Nine months of working through anger, 2 years of working through sadness (repressed anger). To sensitive people, that’s the way it is. If you are a sensitive child, then a label can be a make it or break it, in life. I wasn’t labeled any of those words above, but definitely something limiting.”

Still, others pointed the finger away from society and toward the individuals that the labels apply to. “How about the fact that using ‘softer’ terms enables those people? There is a negative connotation to ‘dropout’ and rightly so. People who drop out of school should be ashamed of themselves, should know society sees them as losers. They are the ones that take without doing their part, why should society go soft on them?”

“Sometimes it takes a shaming,” wrote another. “I didn’t turn my academic life around until a high school teacher, who I respected, suggested, in front of my friends, that the ‘D’ I had just earned in geometry indicated that I should be taking auto shop, not advanced placement physics. That woke me up with a jolt and I went on to get an engineering degree from UCLA. Admittedly, I was sensitive to shame.”

Truancy: should it be prosecuted?

Truancy, or neglecting one’s personal education, is usually a sign that things are not well with the student and/or the student’s home life. When a kid starts cutting class, it’s a big deal because there should be nothing more important to a child, outside of their families, than their education. Claudio Sanchez looks at the efforts of prosecuting truancy and wonders whether that’s the best way to go for getting kids back on the right path.

Some looked at the truancy issue as a cash grab by the system at the expense of wayward youths.

“Having worked in the Texas juvenile justice system, here is my take on the problem: Texas essentially contracts out to privately-owned, for-profit detention centers,” stated one commenter. “Those centers need to fill their beds to be in the green each month. Solution: criminalize more behaviors (such as non-criminal school offenses) and commit more youth to the system, so they can fill these roach-infested ‘treatment centers’ staffed by underpaid people holding a GED at best. It really is a travesty how they treat youth who have offended in Texas.”

Commenter Richard Freeze called it a “gotcha” system — a “shake-down in order to profit from people who can’t really defend themselves and who are not really criminals. … There’s no problem solving going on.”

Still, other commenters preferred to put the blame back on parents.

“I wouldn’t call it a ‘gotcha’ system since all the parents have to do is make sure their children go to school, or provide a legitimate reason for the absences. If that man’s daughter really does get sick all the time, then why didn’t he take her to a doctor and get a note? On the other hand, I’ve seen lots of parents just let their kids stay home whenever they ask. I’ve even seen parents who keep their kids home so they can watch movies or hang out. That would be fine if it was just one day, but these tend to be the kids who have missed more than 10 days in one semester. Before they go to court, they usually have to miss more than 20 days of school. Think about that! They get warning after warning before they are sent to court, so it’s not like there aren’t ways to avoid the fines they know are coming if they can’t get their kids to go to school.”

Who do you agree with more? Read the full story at this link.

Slate’s Jordan G. Teicher recently took a look at what it’s like to be a female inside the juvenile justice system of the United States. The piece centers on Richard Ross, an author and photographer, whose books Juvenile in Justice and Girls in Justice take an unflinching look at the situation.

“We say, ‘It’s better than having them on the streets.’ But that doesn’t address the issue of why their neighborhoods aren’t better places to live. Just by the zip codes they’re in, it’s more likely these kids will go to jail than college. The kid hasn’t failed; we’ve failed,” he said.

“Clearly, based on the outcomes experienced by the children of the poor our current system (with it’s heavy emphasis on punishment, and comparative lack of emphasis on treatment and rehabilitation) has failed them. The responsibility we all share as voters is for constructing a system where the wealth of the family has a huge impact on the punishment for identical crimes, and for favoring punishment over treatment when the latter has a greater success in changing behavior, and is less expensive when recidivism and the costs of incarceration are considered.”

Still, others took issue pointing out that once again, we’re giving children and bad parents a free pass. “Who is the ‘we’ that has failed? I can’t see how you could say that I have failed — given that I’ve never even been in most of those neighborhoods. I think it’s mostly their parents, neighbors and friends who failed them.”

Check out the full piece at this link.

Where do you stand on the issue of juvenile delinquents — at least from the American perspective? Is it a family problem, a society problem, or both? Who do you think should bear the brunt of the blame? Sound off in the comments section below.